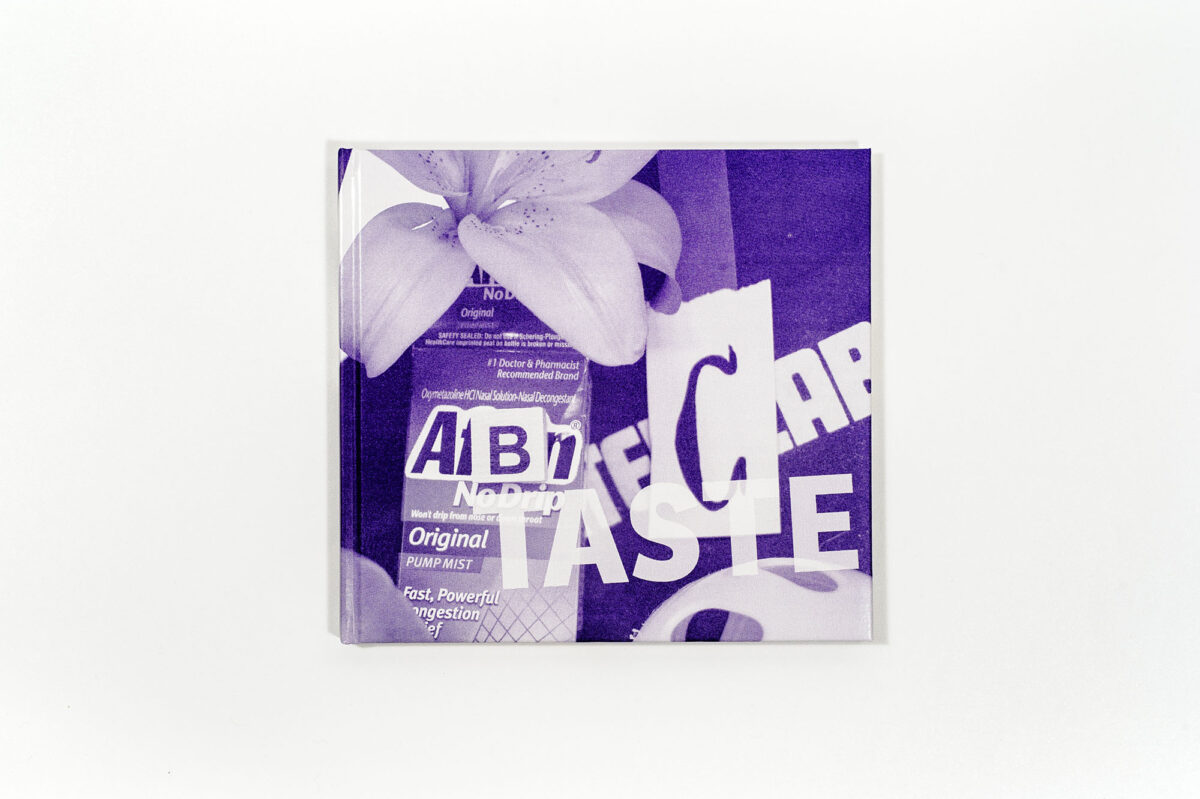 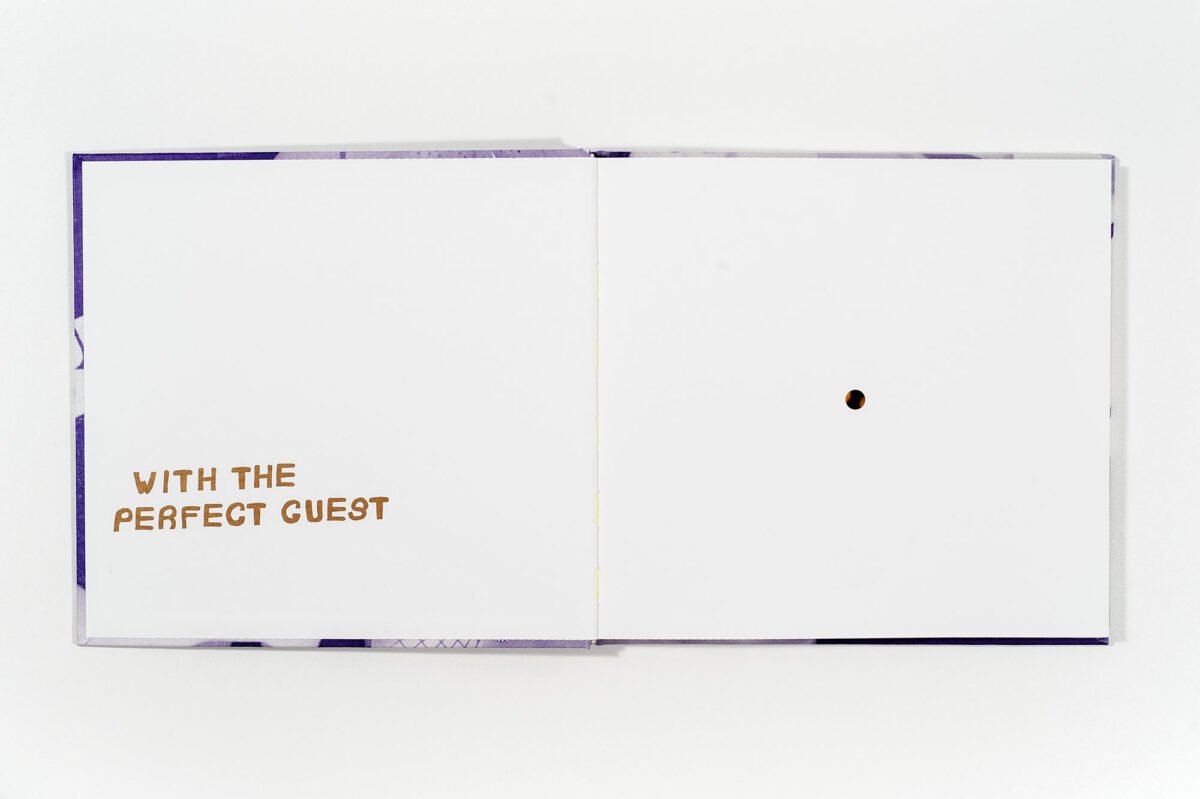 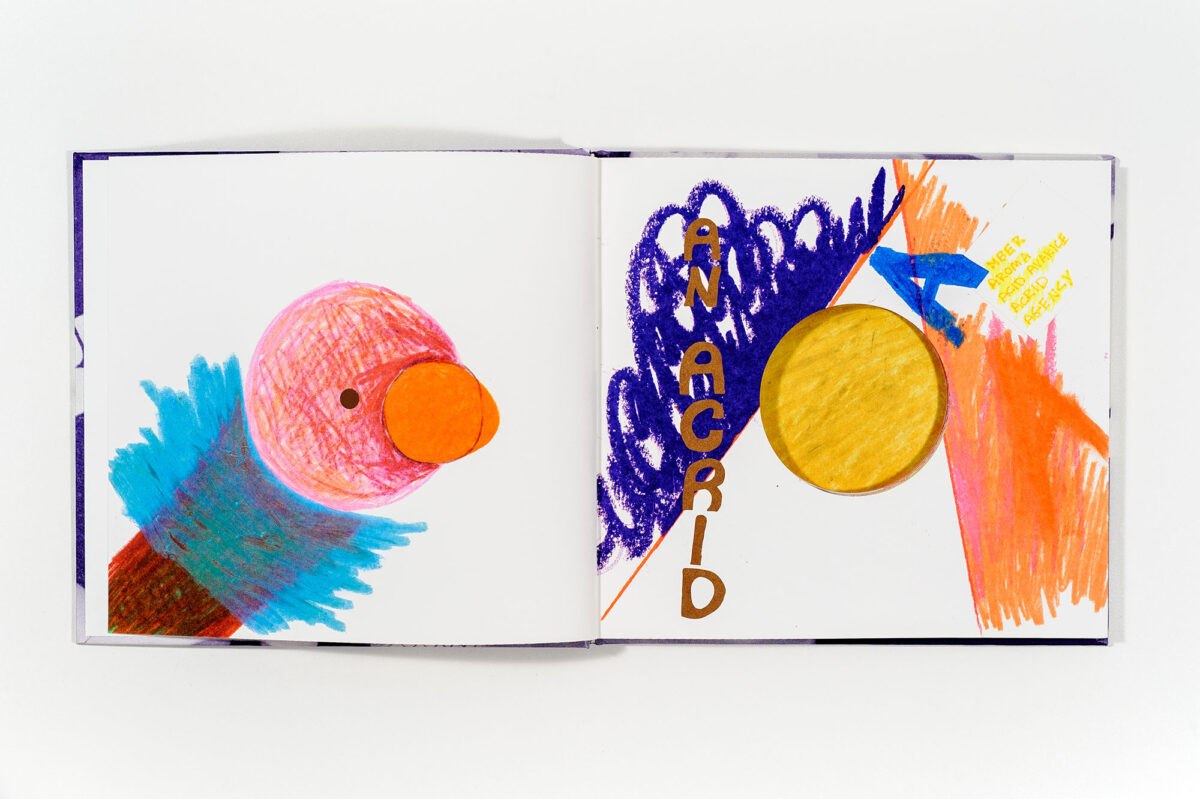 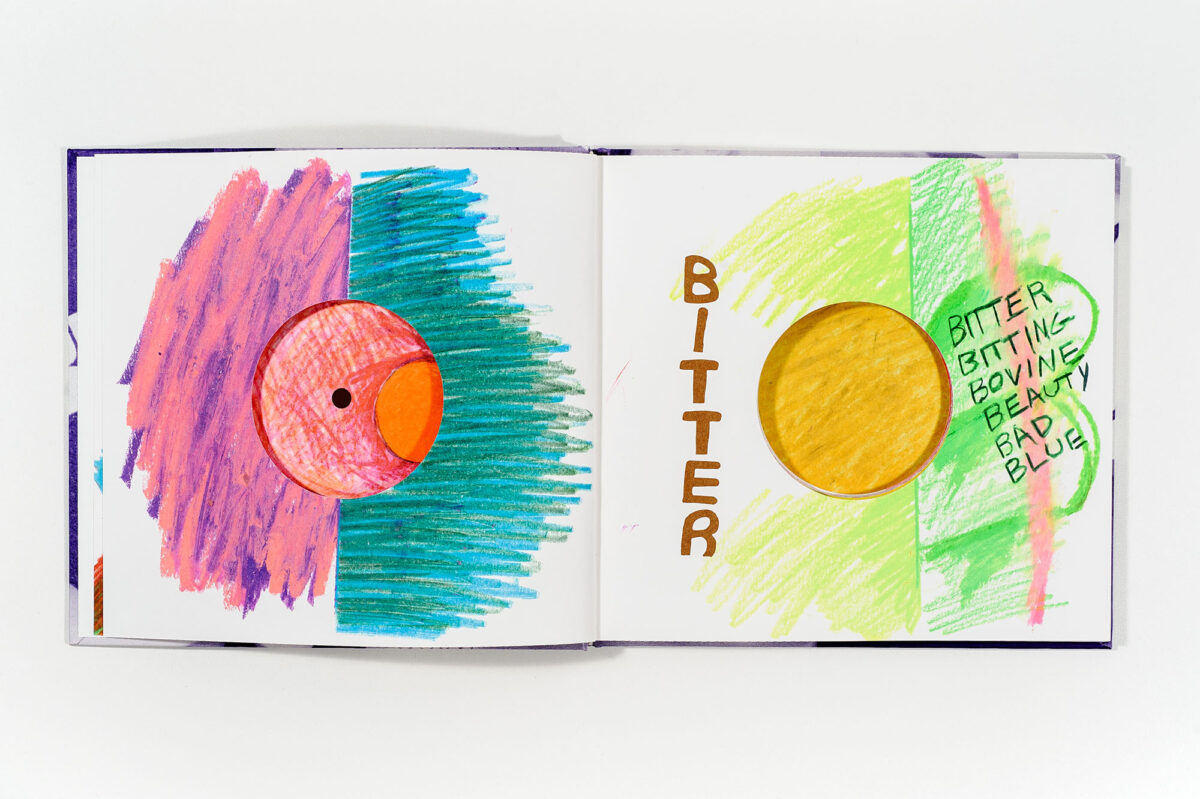 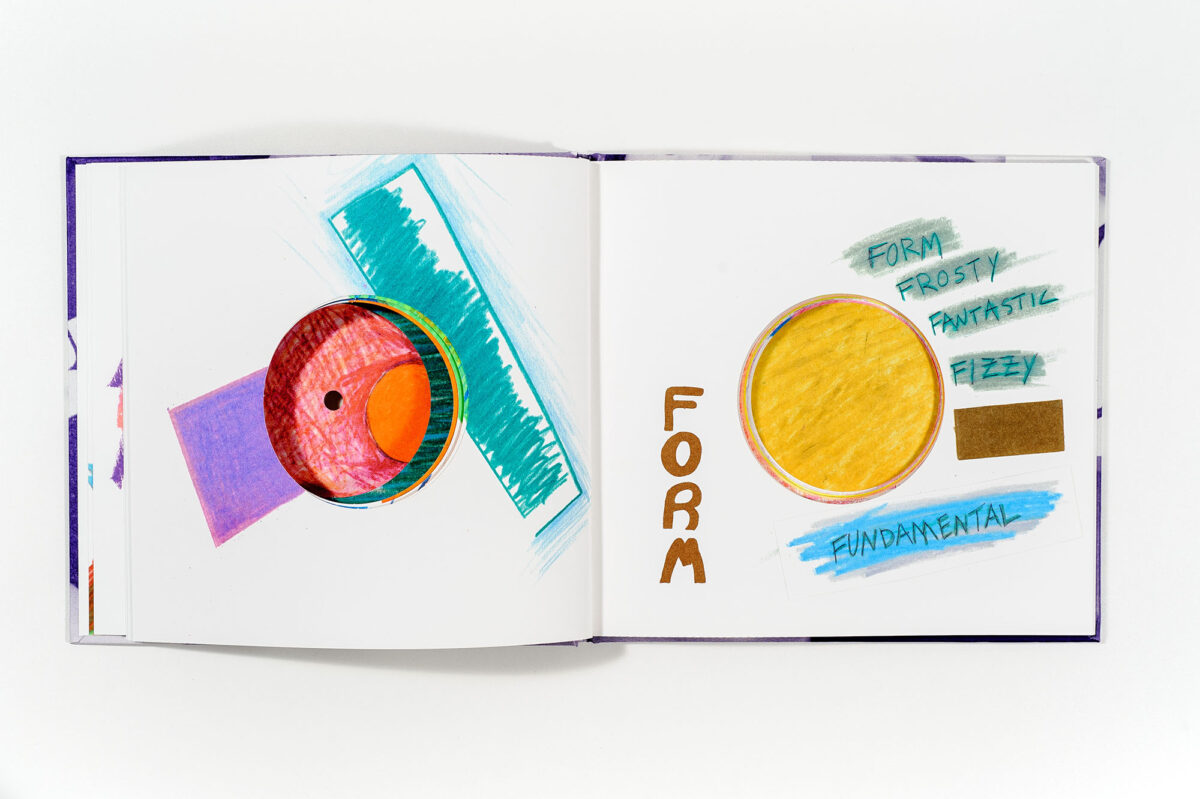 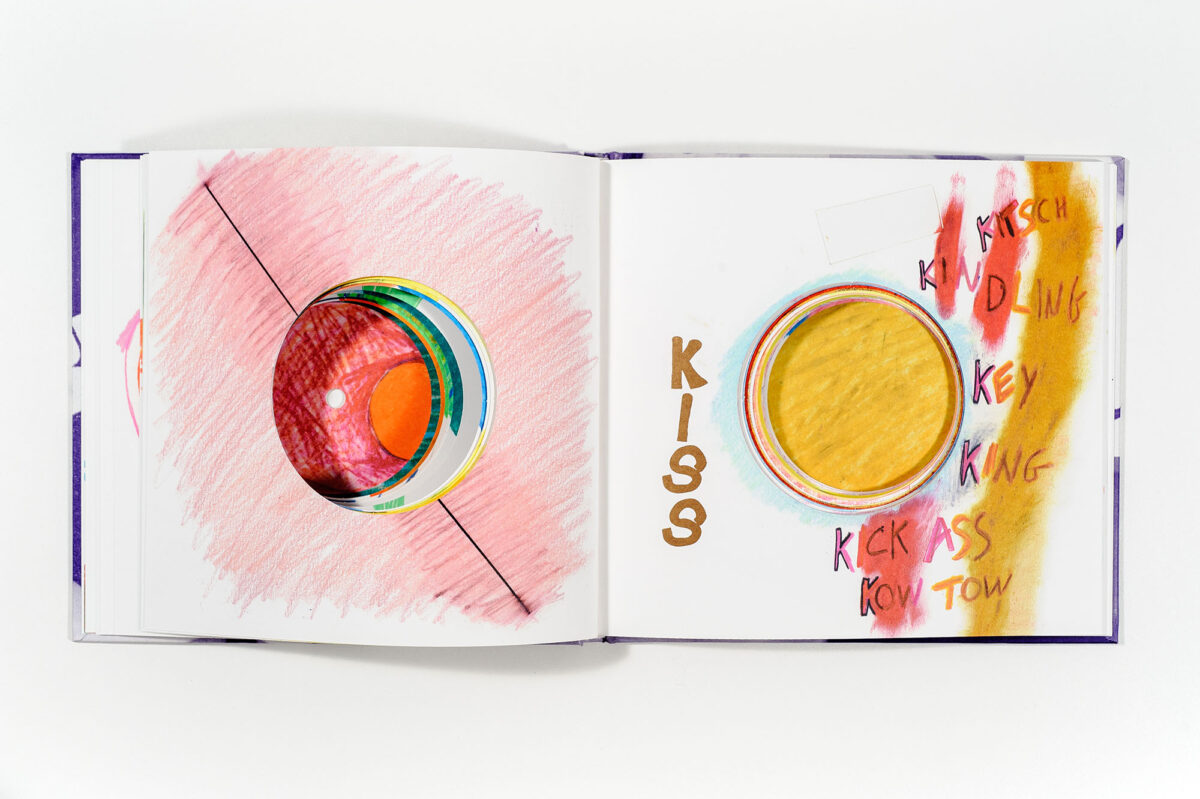 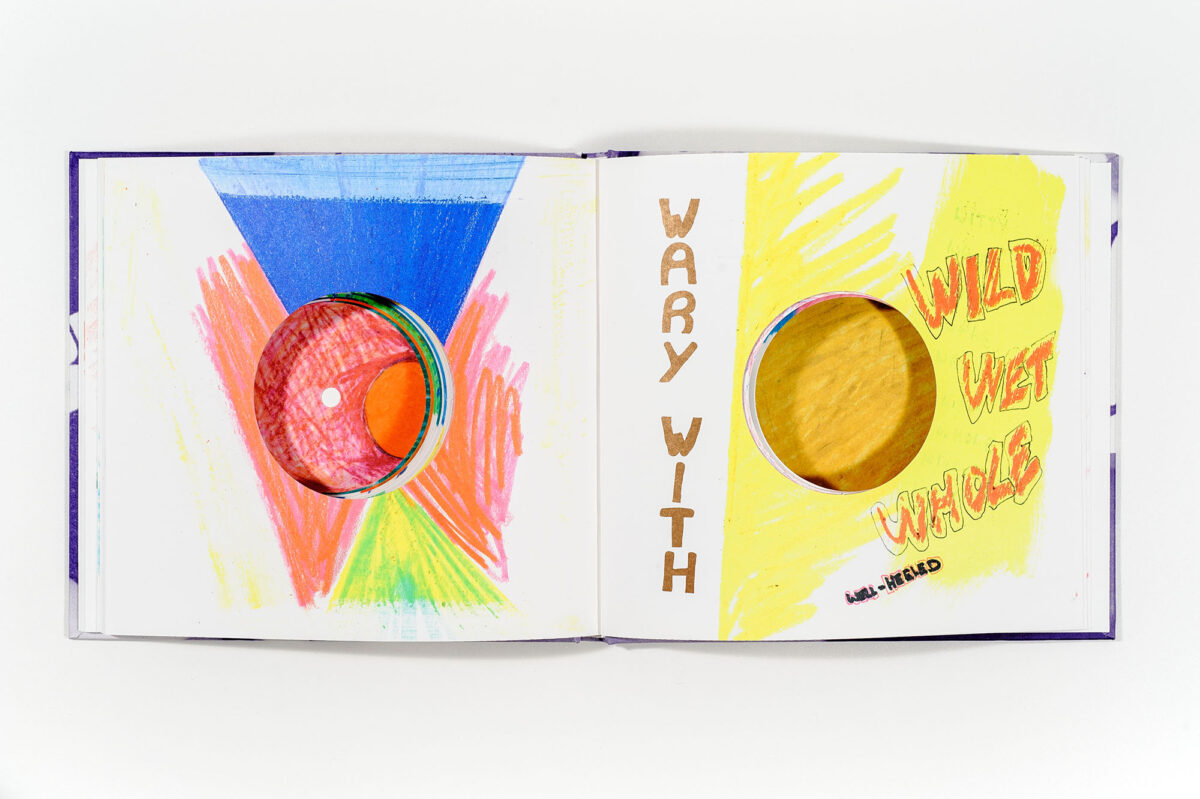 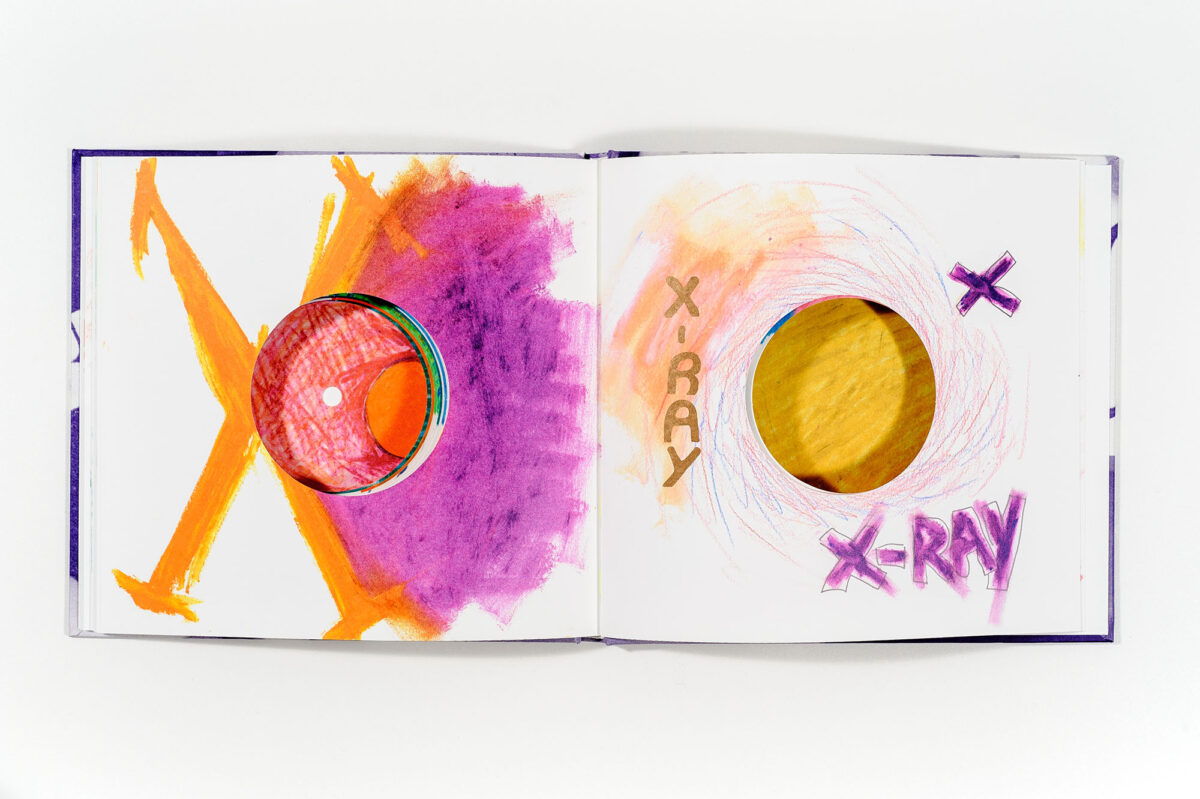 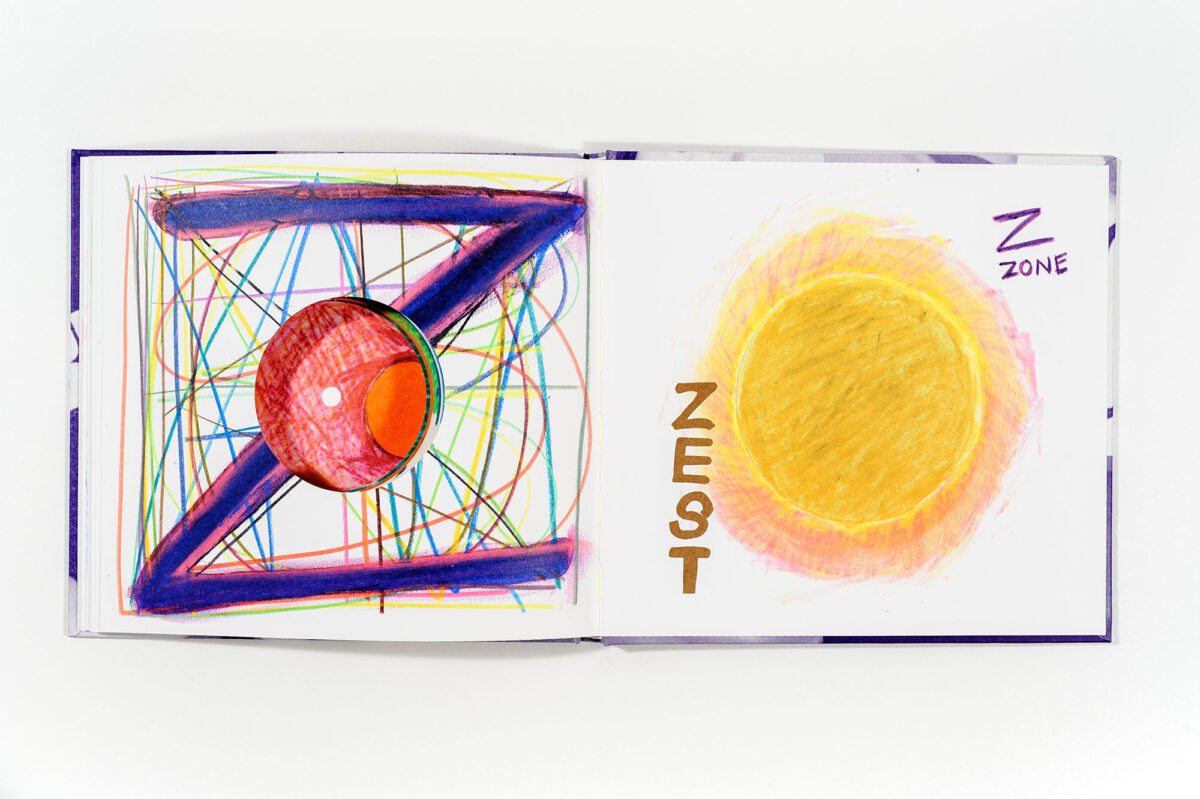 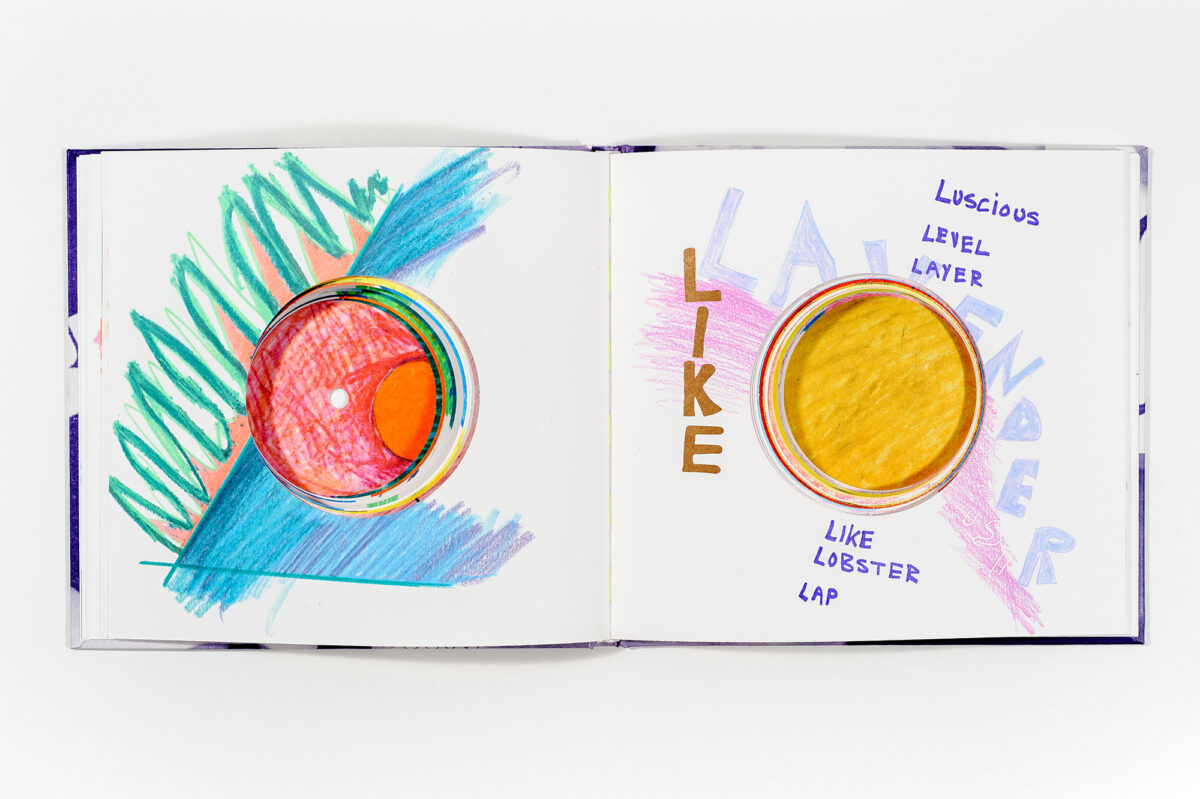 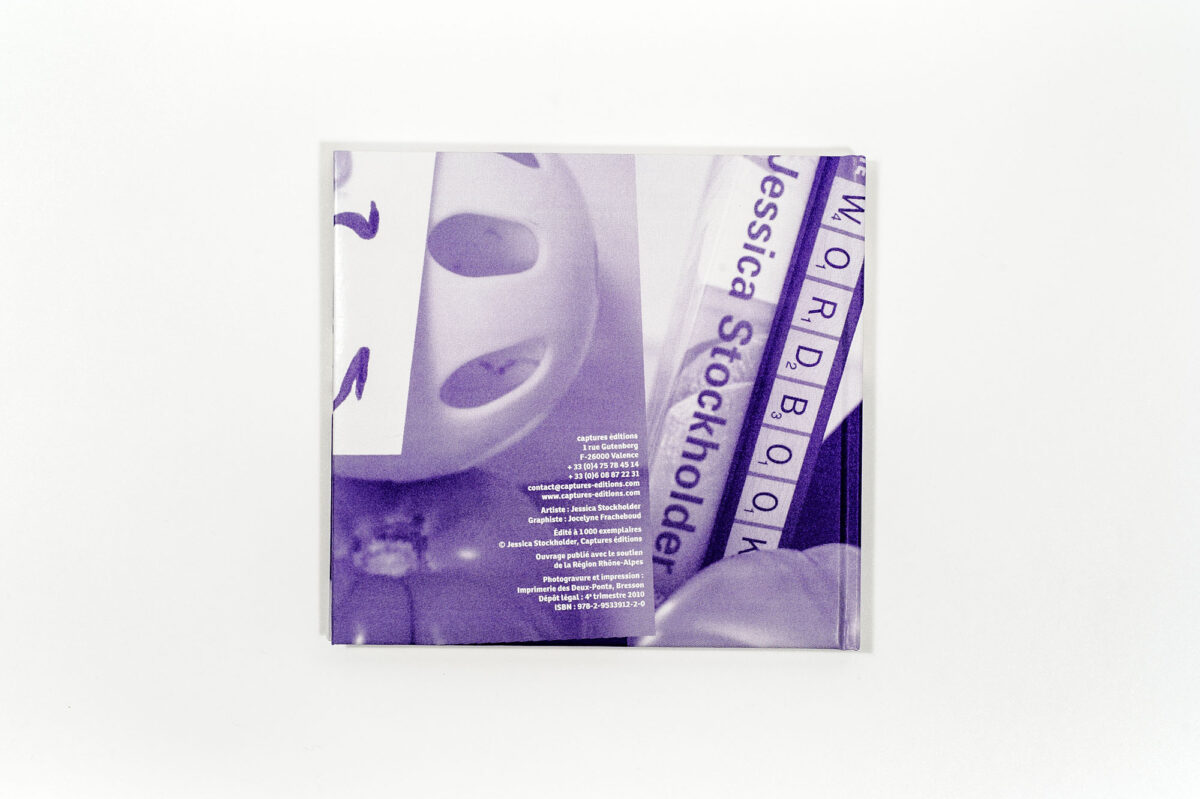 The Perfect Guest, ABC TASTE, is a multivalent romp through an adult’s ABC primer at speed. Taste is an expansive concept that evokes thoughts on decorum, olfactory sensations, flavor and likability. For the cover, Stockholder prints a photomontage in mauve onto the tactile surface of “Skinplast” – a rubbery substance that invites touch.

The armatures that pull Taste together are the alphabet, the inventive repetitive of a cut-out hole, and the attendant artist’s word poem, The Perfect Guest. Stockholder’s alphabet is abstracted at the opening of the book and becomes more enunciated in the progression to the definitive Z. The tangential word lists that she bounces off each letter are bantering, teasingly sexual and fun. Her palette challenges rarified definitions of taste, introducing the hues of clean bright plastics, of lemon yellows, fuschia pinks and the robin egg’s blue found in her sculptures. Stockholder collages, scrapes, and scribbles, obfuscating rather than erasing so that nothing is lost. Two discs, one cadmium red and hot pink – a kind of sexual eclipse – the second a striated ochre sun, are visible on each double spread through the cut-out holes. The aperture augments and diminishes to give the effect of a psychadelic moon that waxes and wanes. The enigmatic poem, The Perfect Guest, questions the identity of this guest: The longed for presence in the room, the presence/ absence in the cut-out hole, the reader? Taste is built on a pretext of overlapping systems. Poetry, alphabet and word play jockey with the languages of collage, wax crayons, and fluorescent colors. Within the tangle of entry points, there lies a nonchalant precision, the coherence of Stockholder’s exacting working process, and a gutsy beauty.