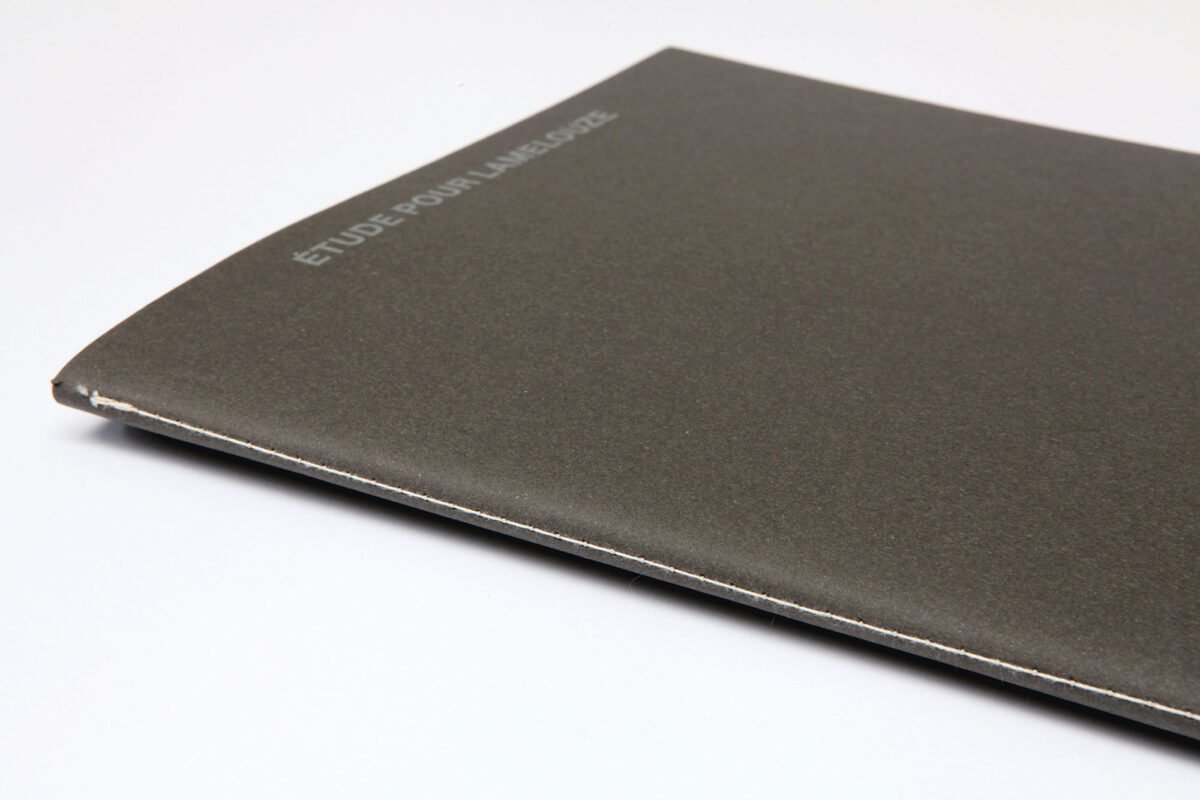 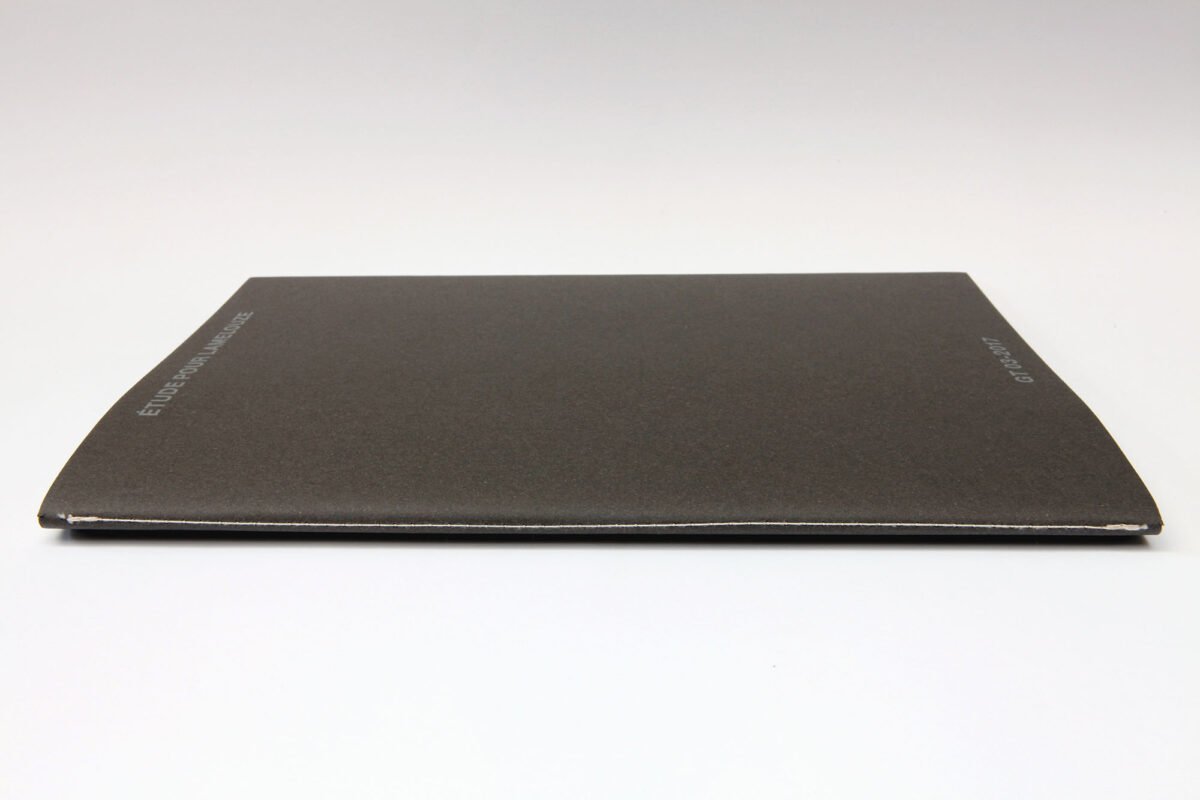 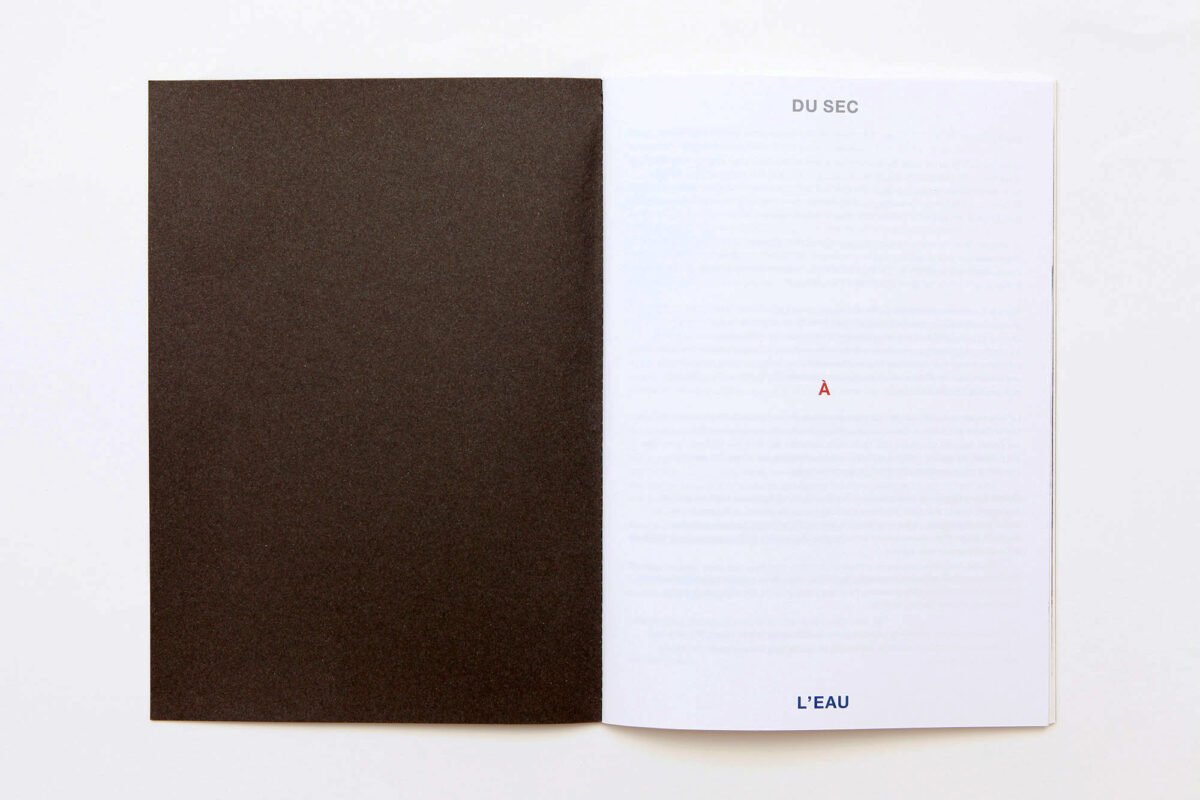 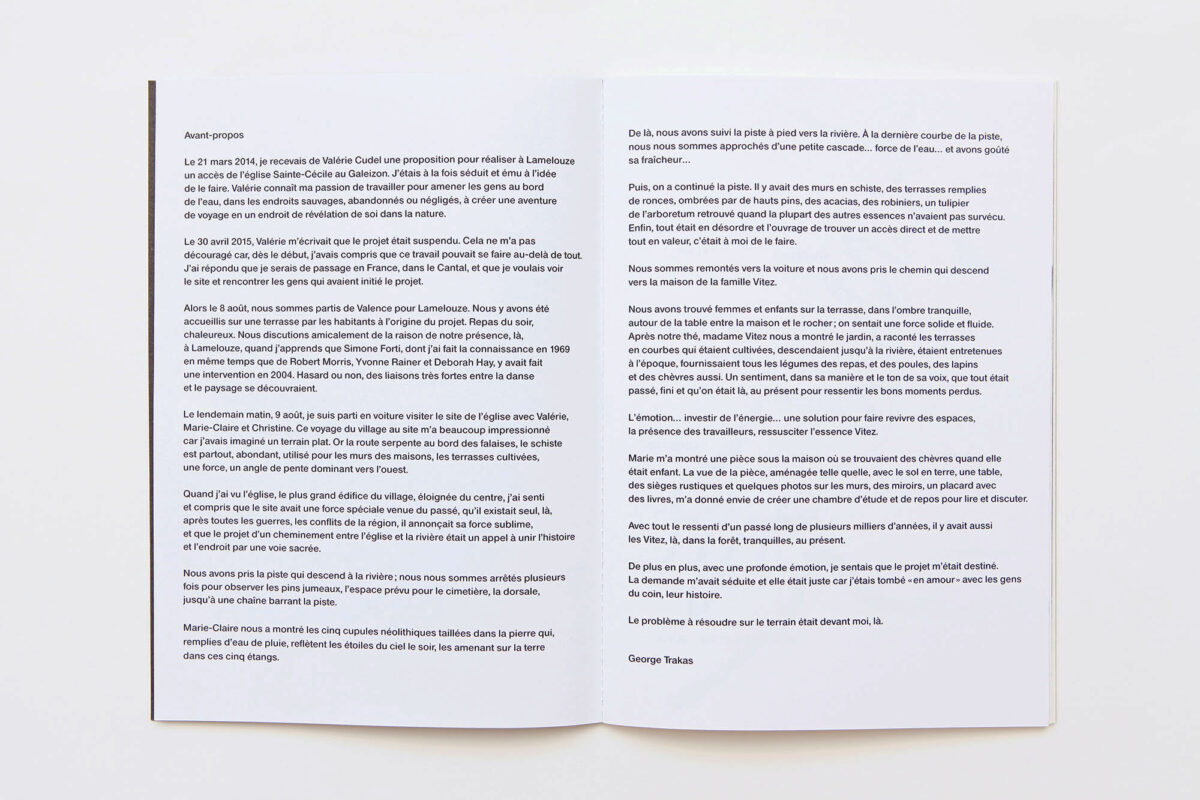 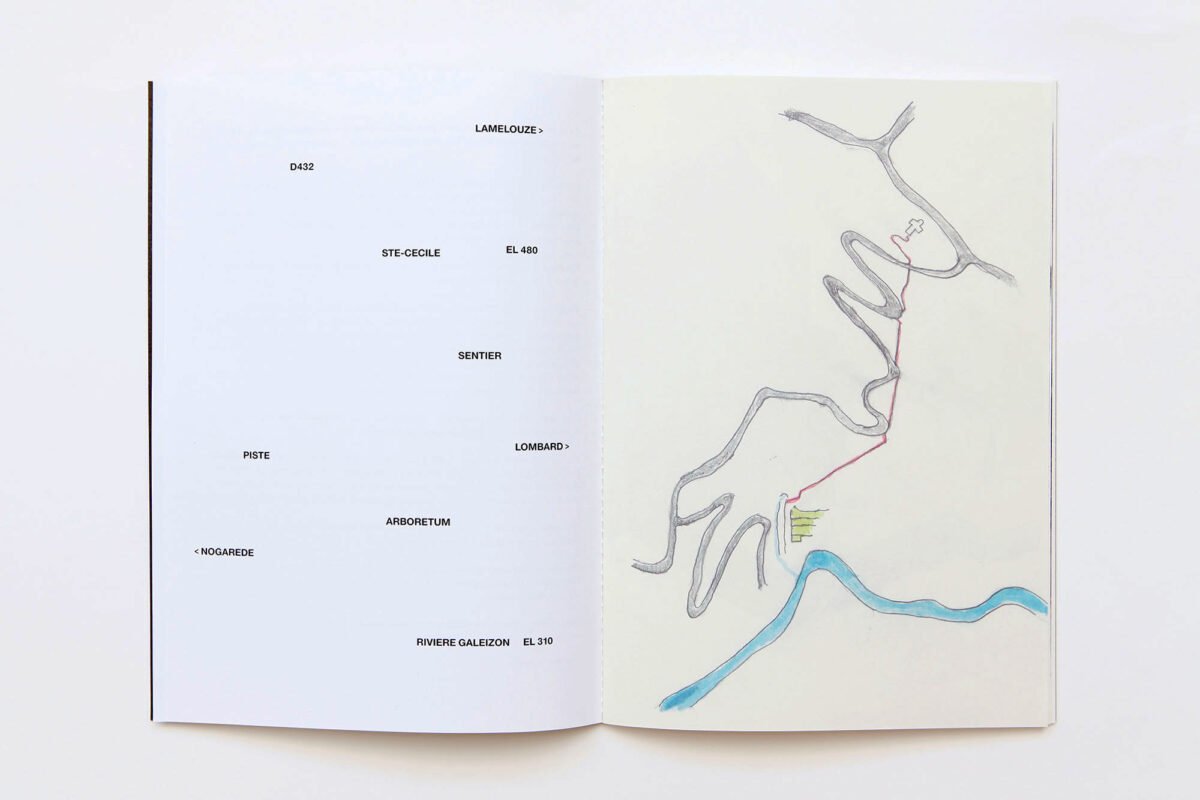 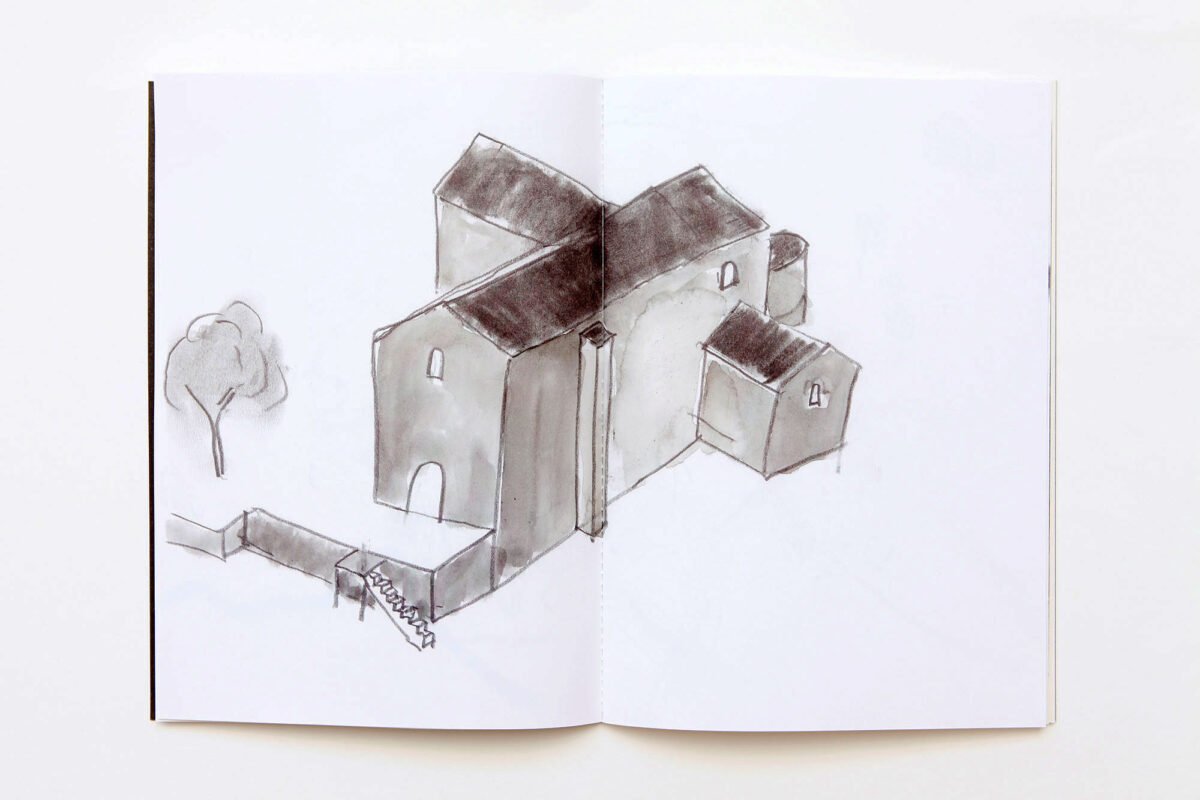 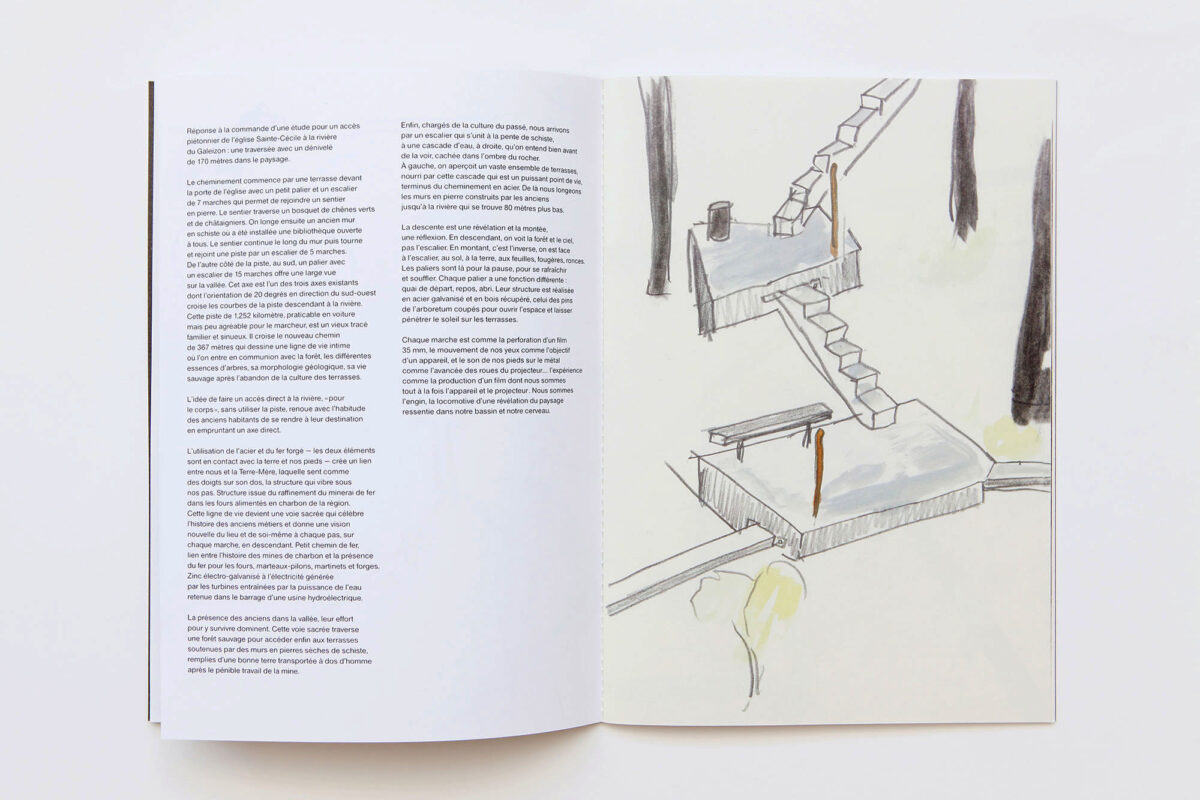 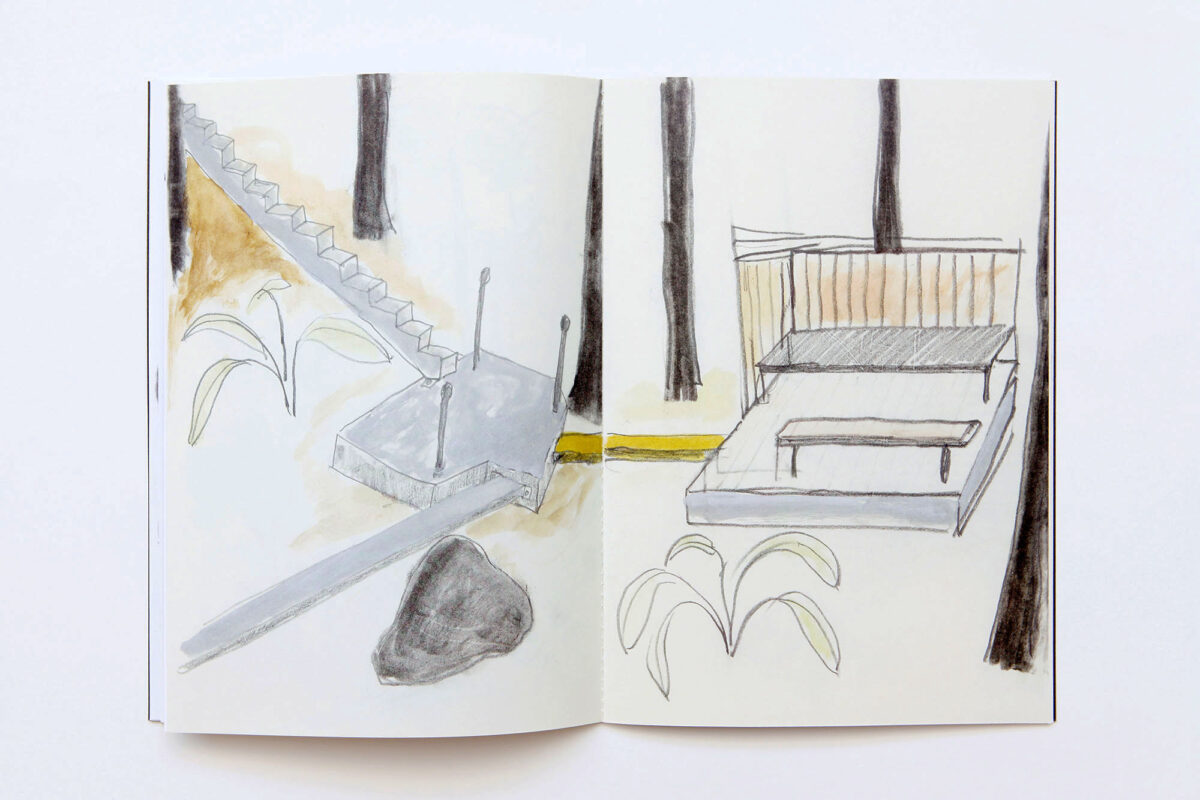 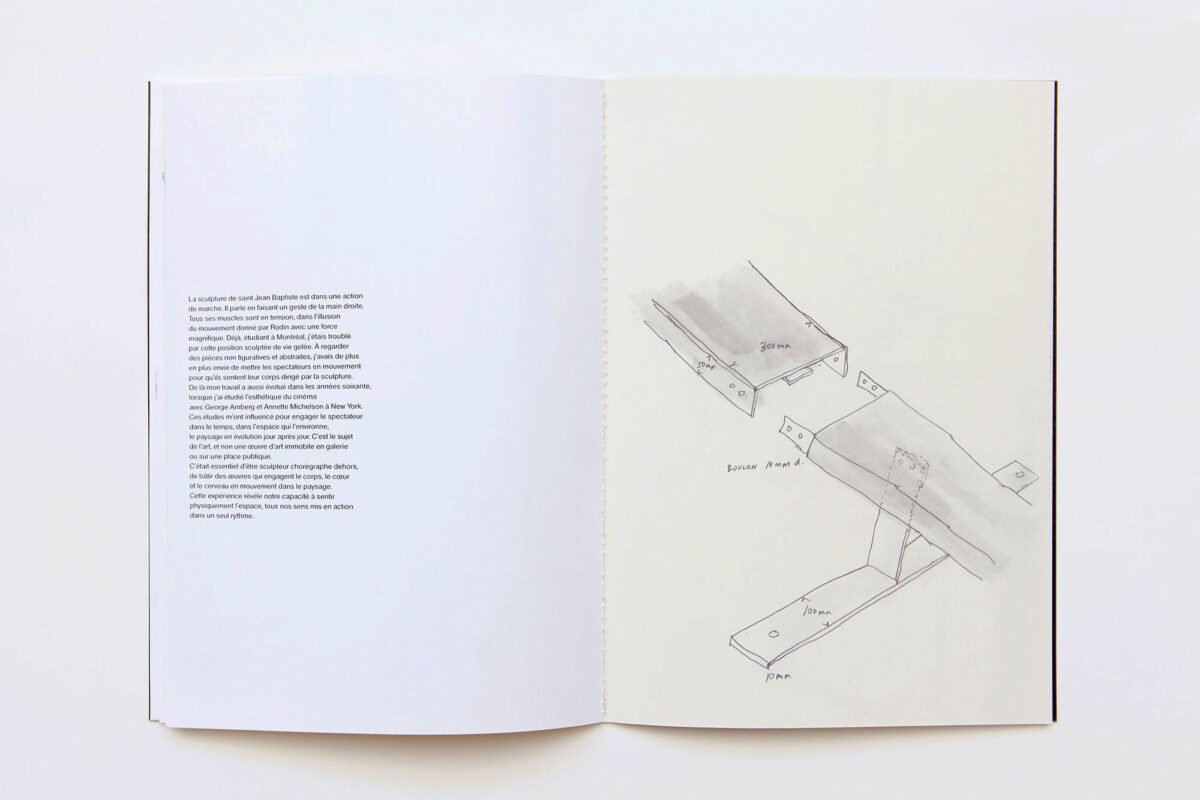 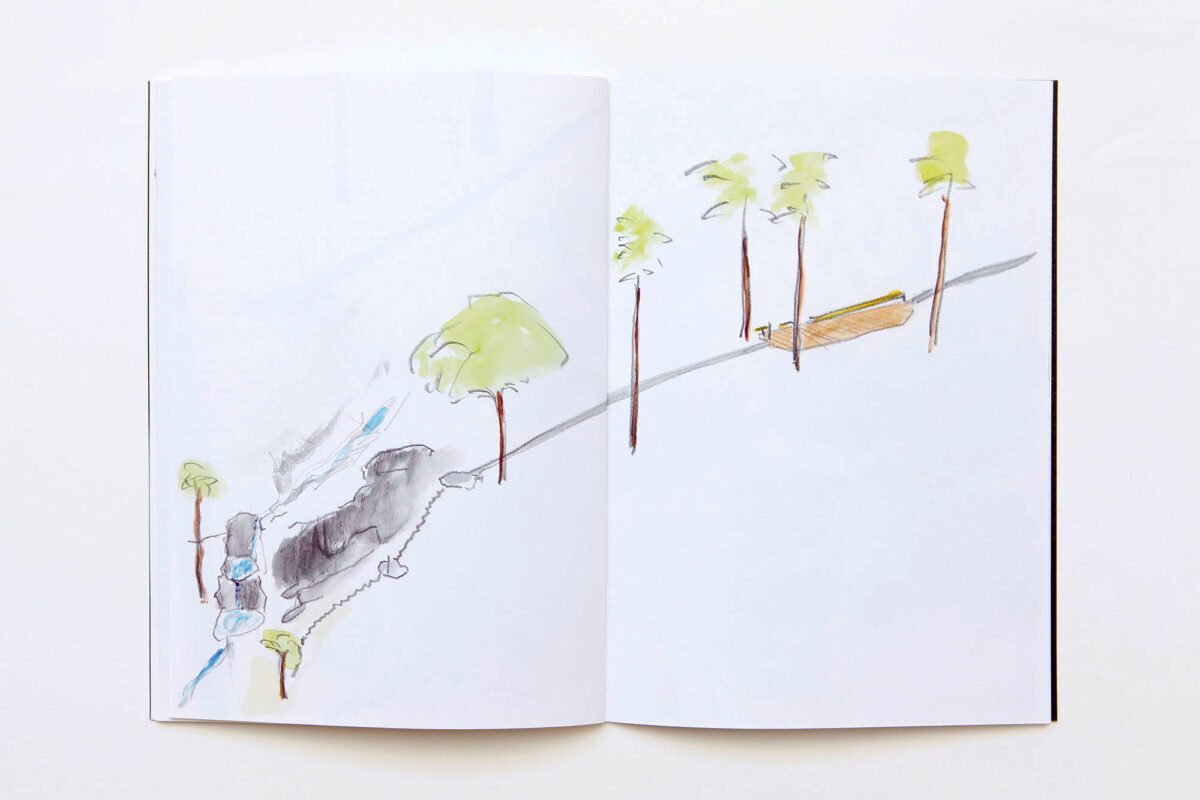 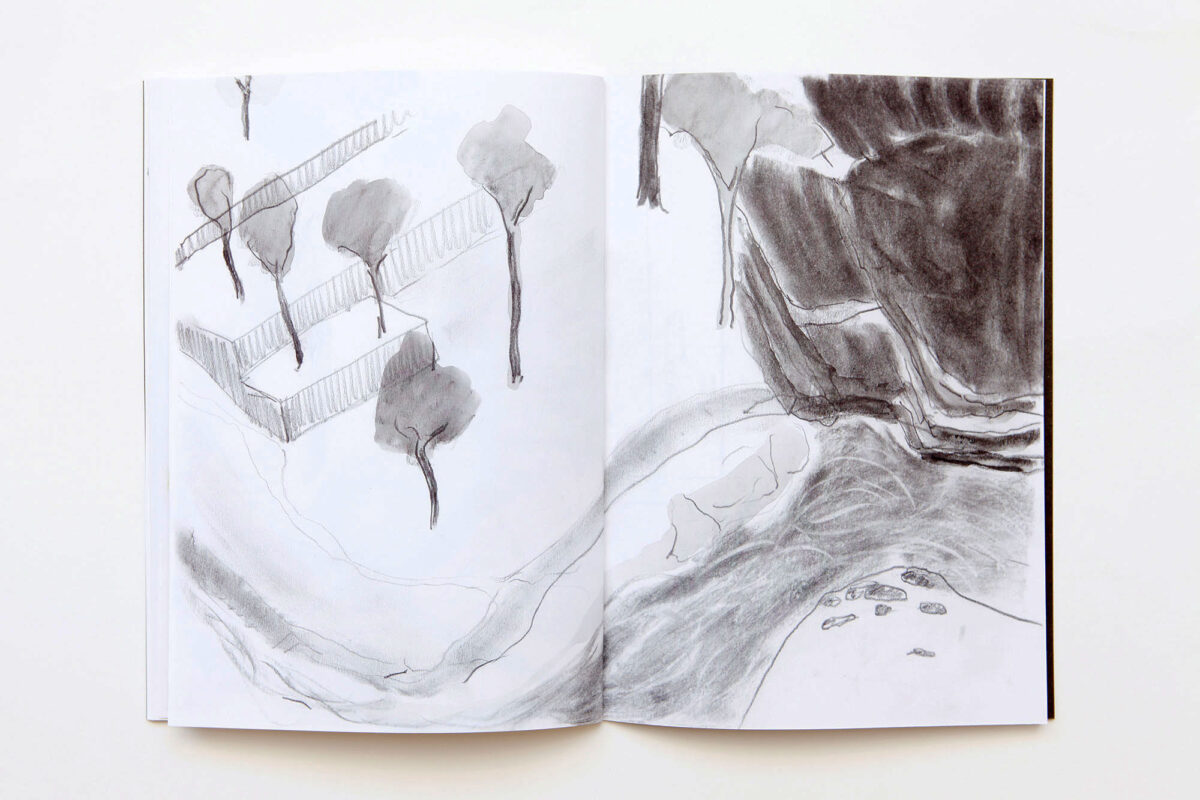 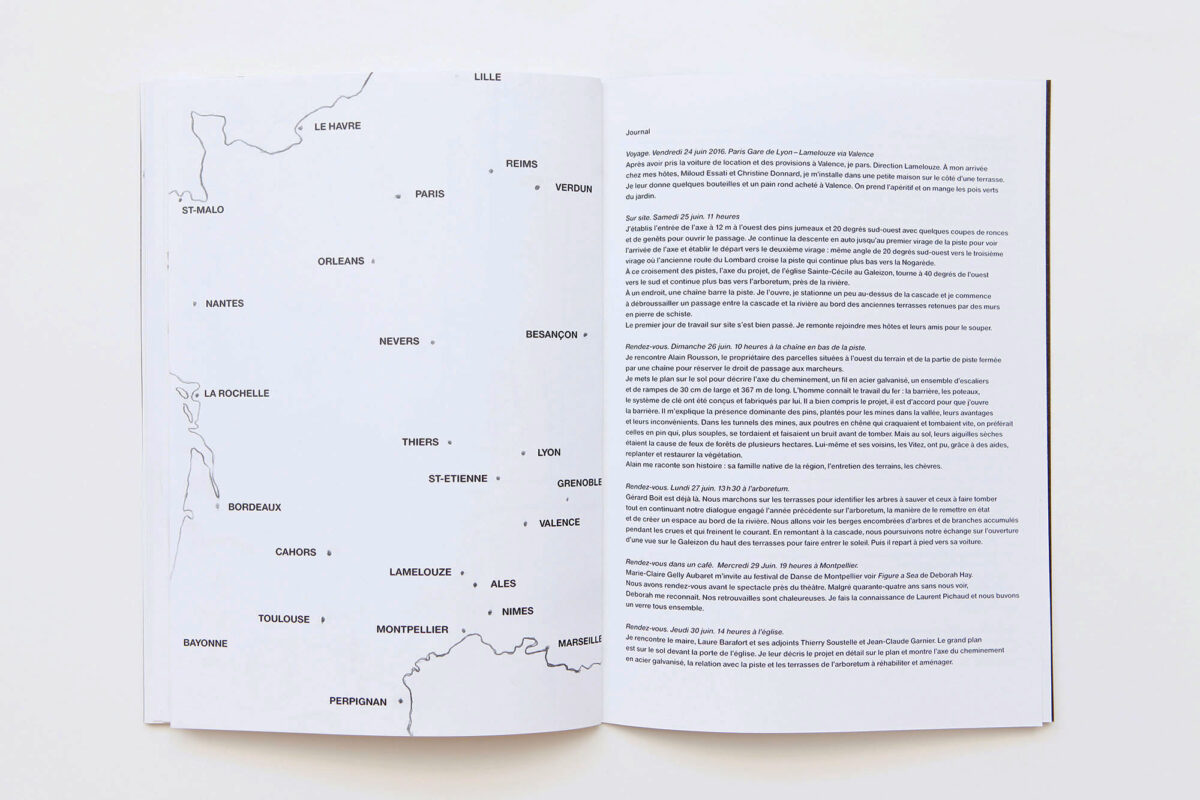 Du sec à l’eau is a study book made by artist George Trakas in response to a commission issued by inhabitants of the Lamelouze commune in the southern French region of Gard (north of Alès).

In response to the request to focus in particular on the accessibility of the river Galeizon to its inhabitants and casual users, Trakas gives us a proposal to plot places and their history, paying attention to technical details, but also to his perception of the Lamelouze community. His drawings are accompanied by texts that evoke meetings made during his visit to Lamelouze in July 2016: the Vitez family, the forest enthusiasts such as Gérard Boit and the Sentiers association with which a natural link around dance is established.

Trakas’ personality is revealed throughout the narrative thread: his generous approach, his artistic work, between a cinematic and a choreographic approach – a recall of New York experiences in the 1970’s with dancers such as Simone Forti (invited to France by Sentiers in 2004), Yvonne Rainer, Deborah Hay and Steve Paxton.

Born in 1944 in Quebec, Trakas has lived and worked in New York since 1963. He was awarded a grant from the American Foundation for Contemporary Arts in 2017, a Guggenheim Fellowship in 1982 and was named Doctor of Humane Letters by Emory University in 2010. Trakas was a professor of Sculpture at Yale University for thirteen years. He participated in Documenta 6 and 8 in Kassel (1977 and 1987) and in the 39th Venice Biennale in 1980.