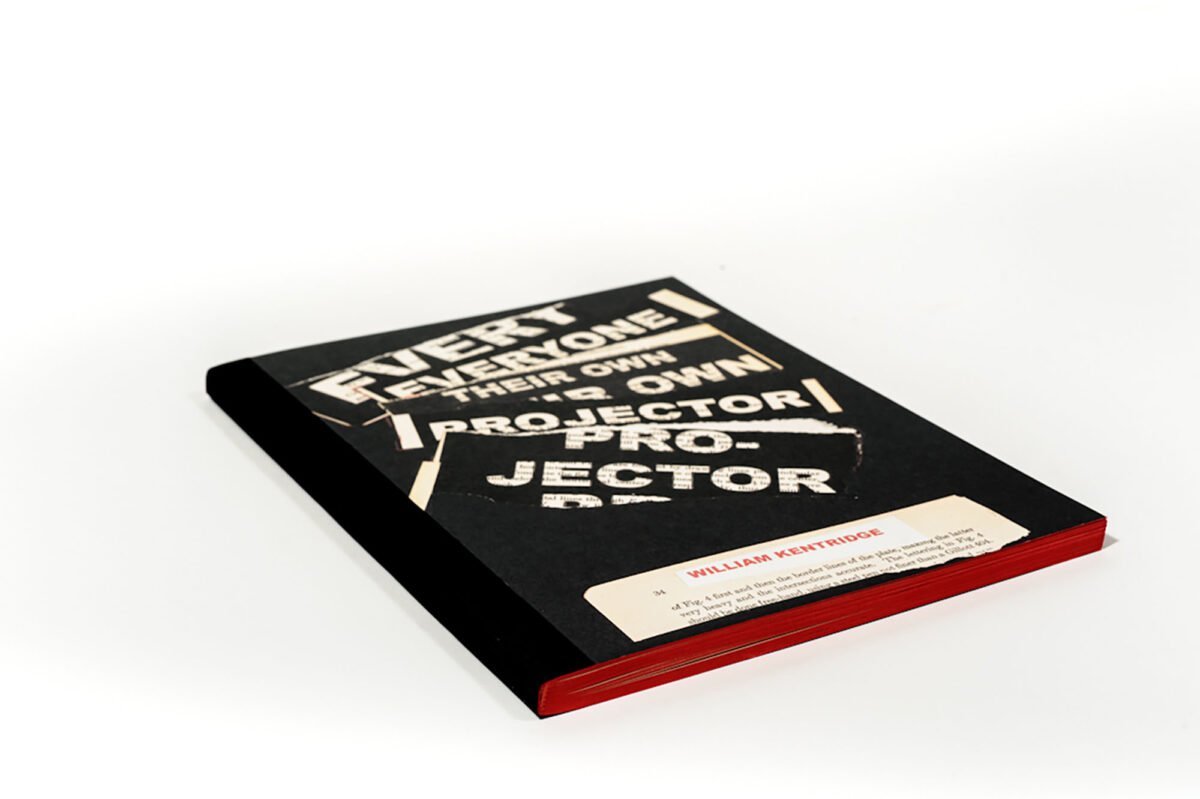 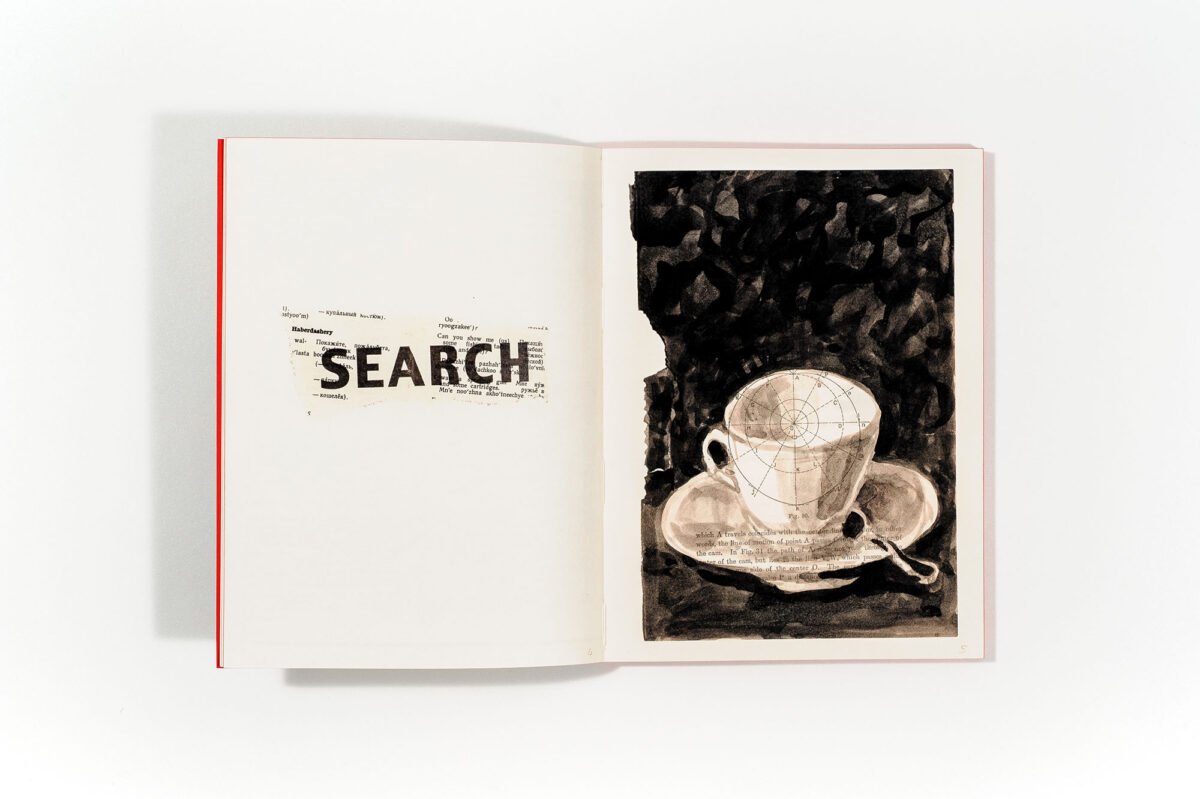 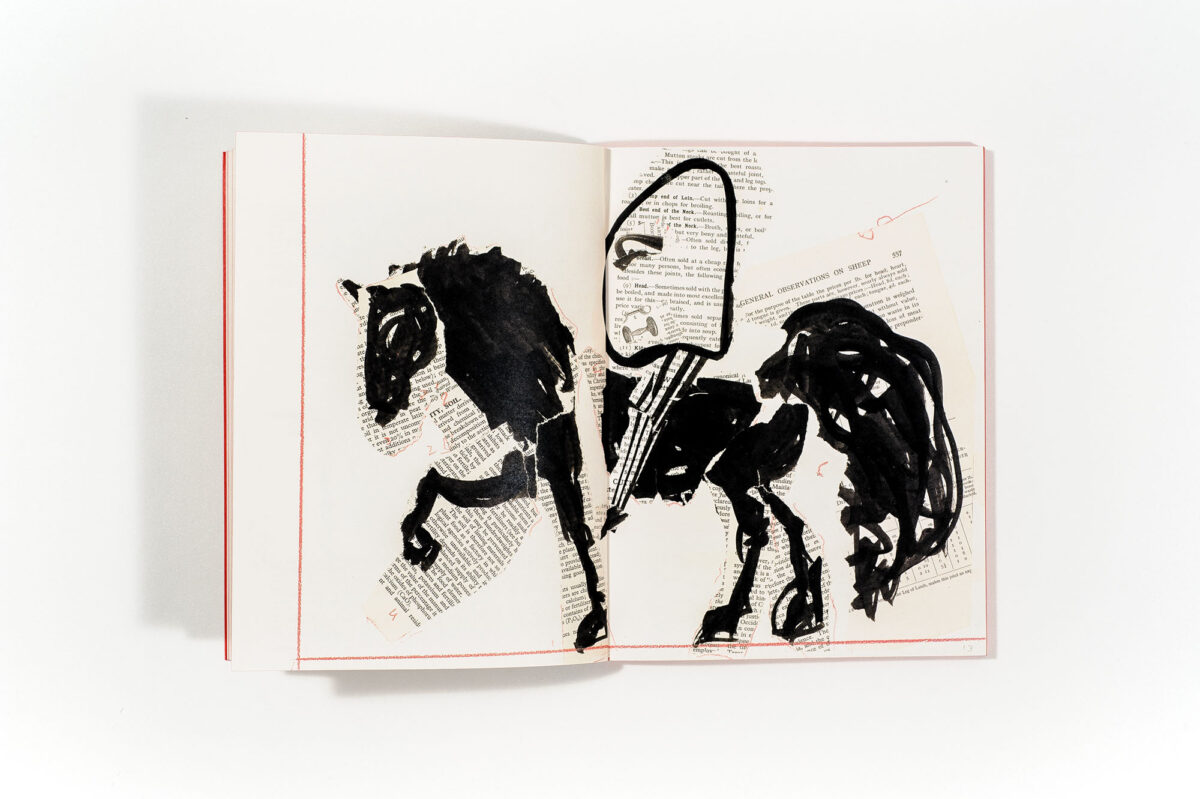 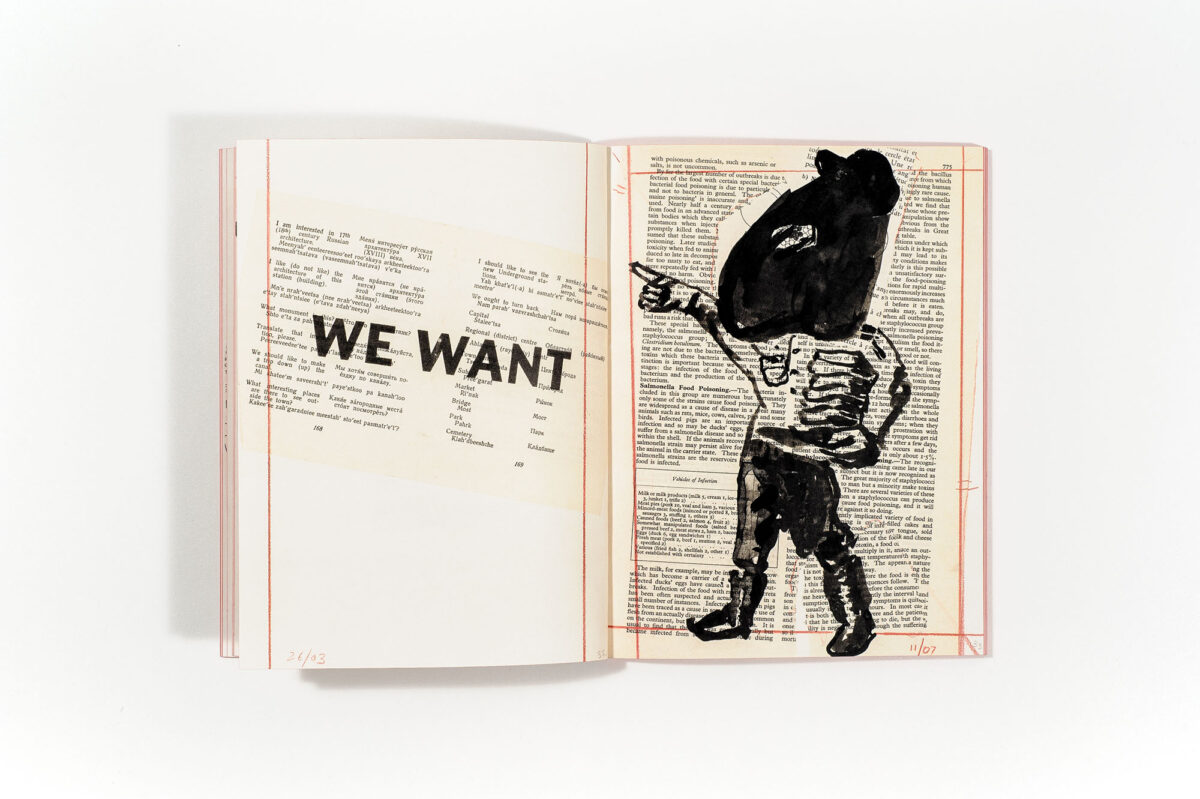 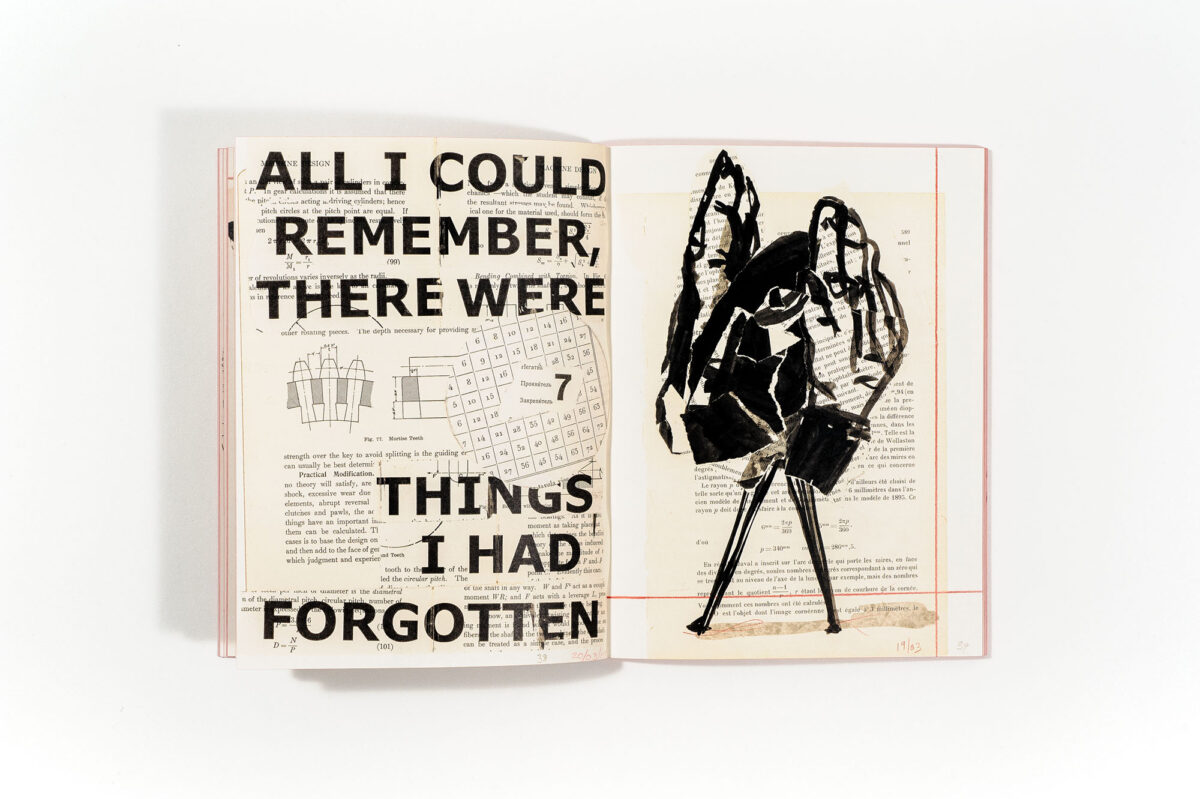 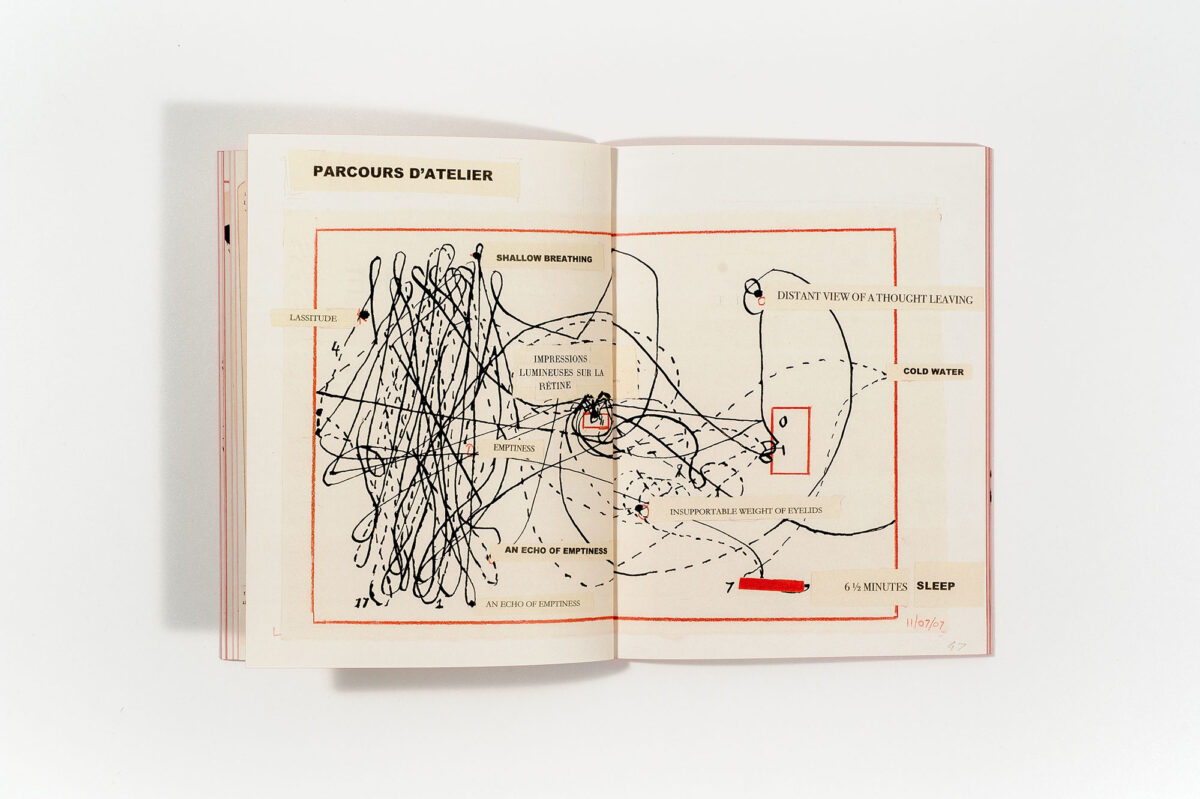 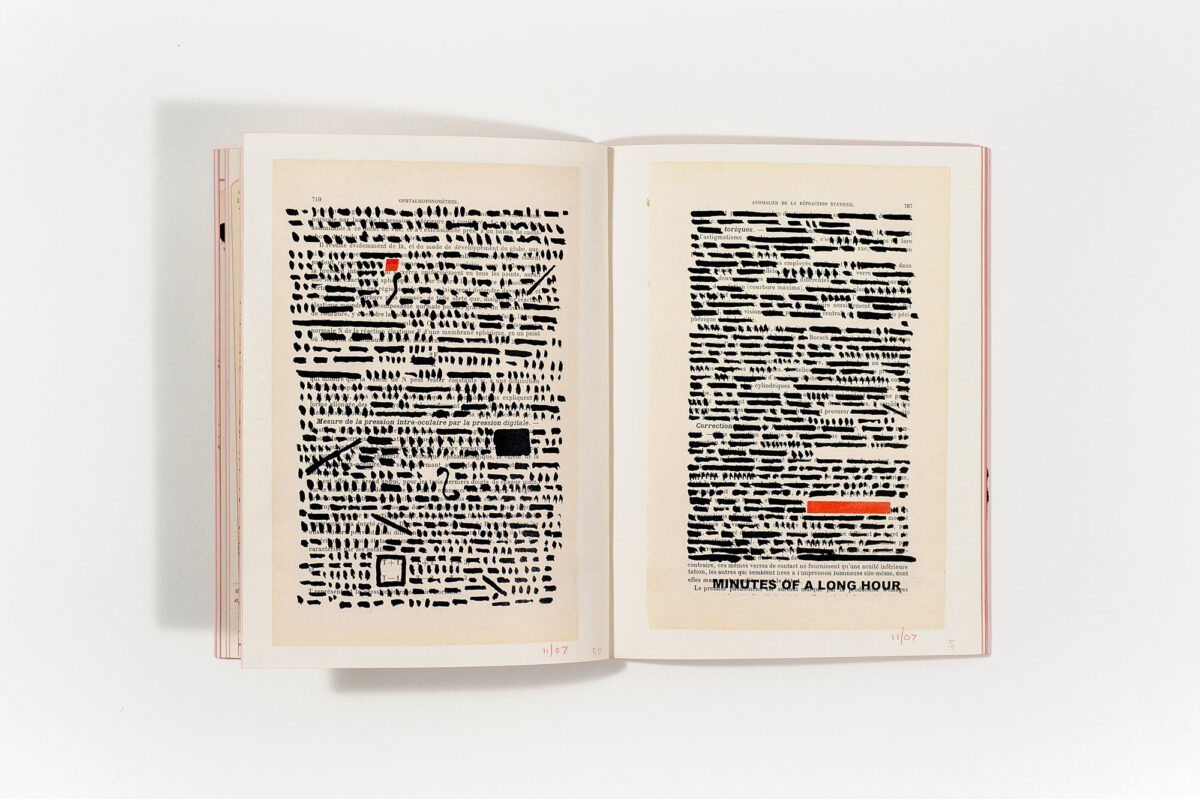 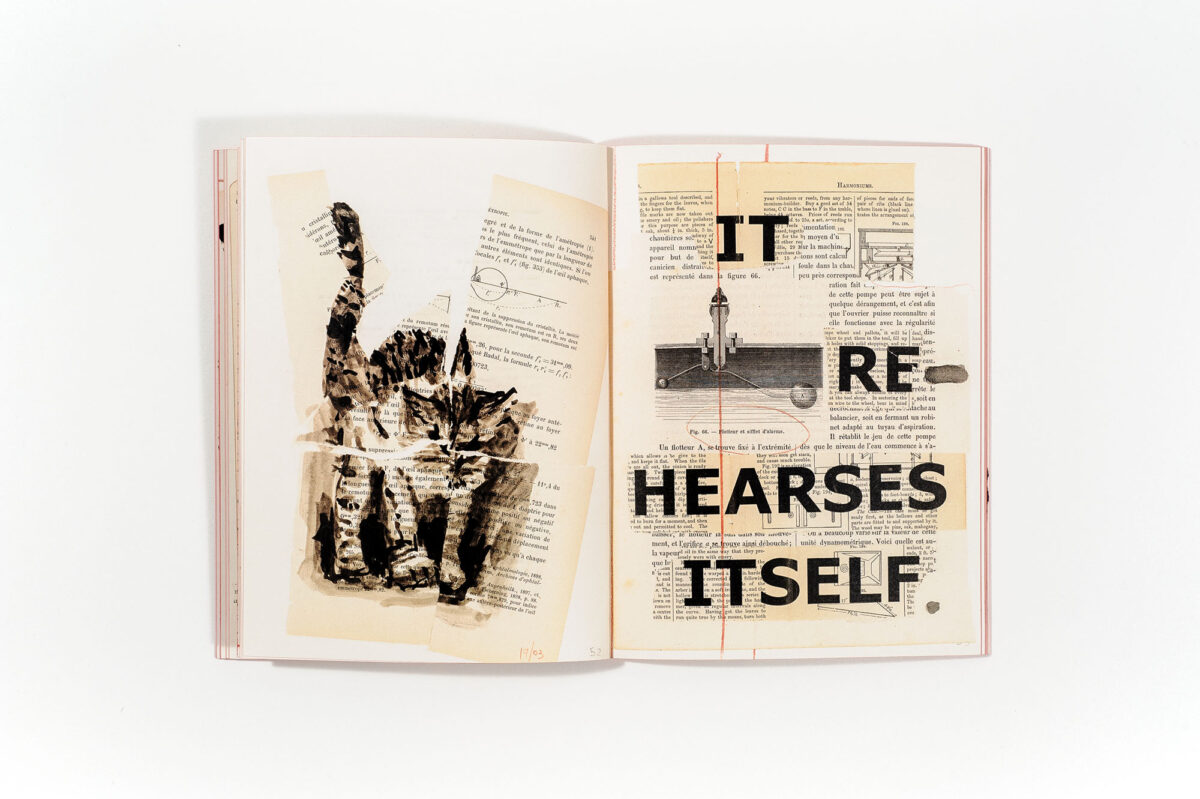 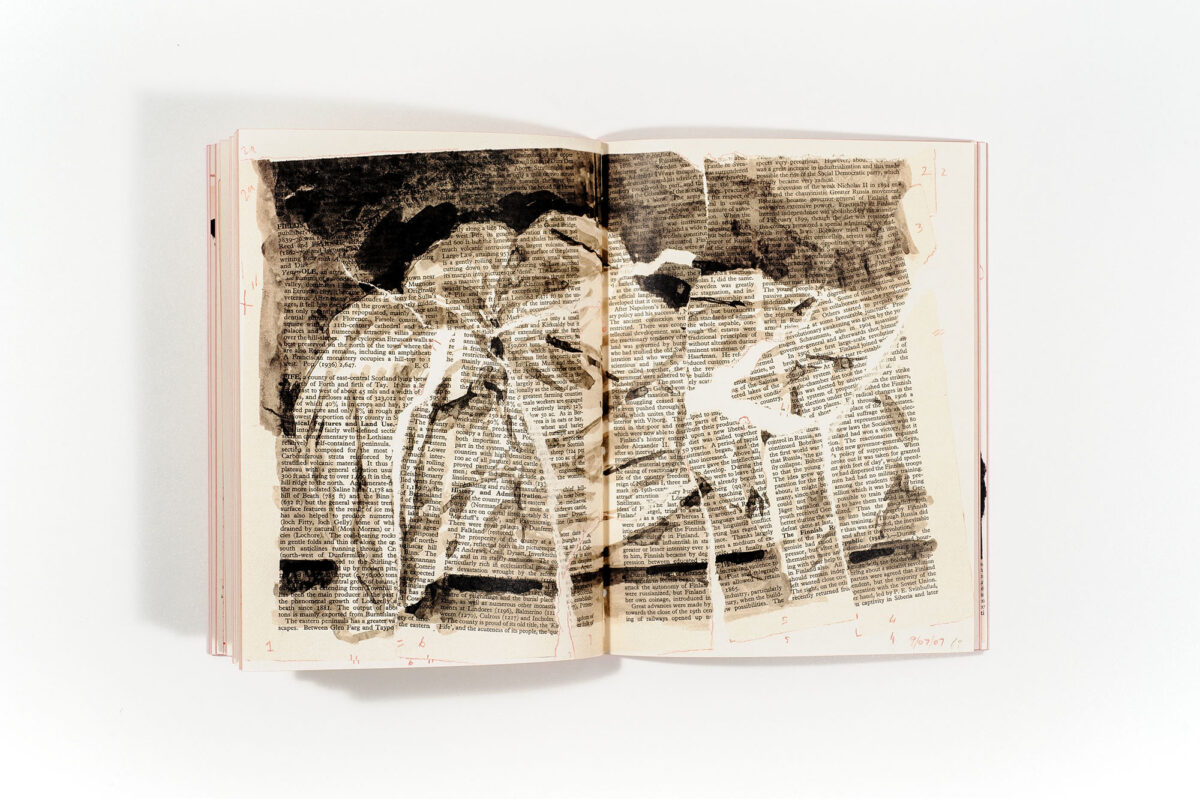 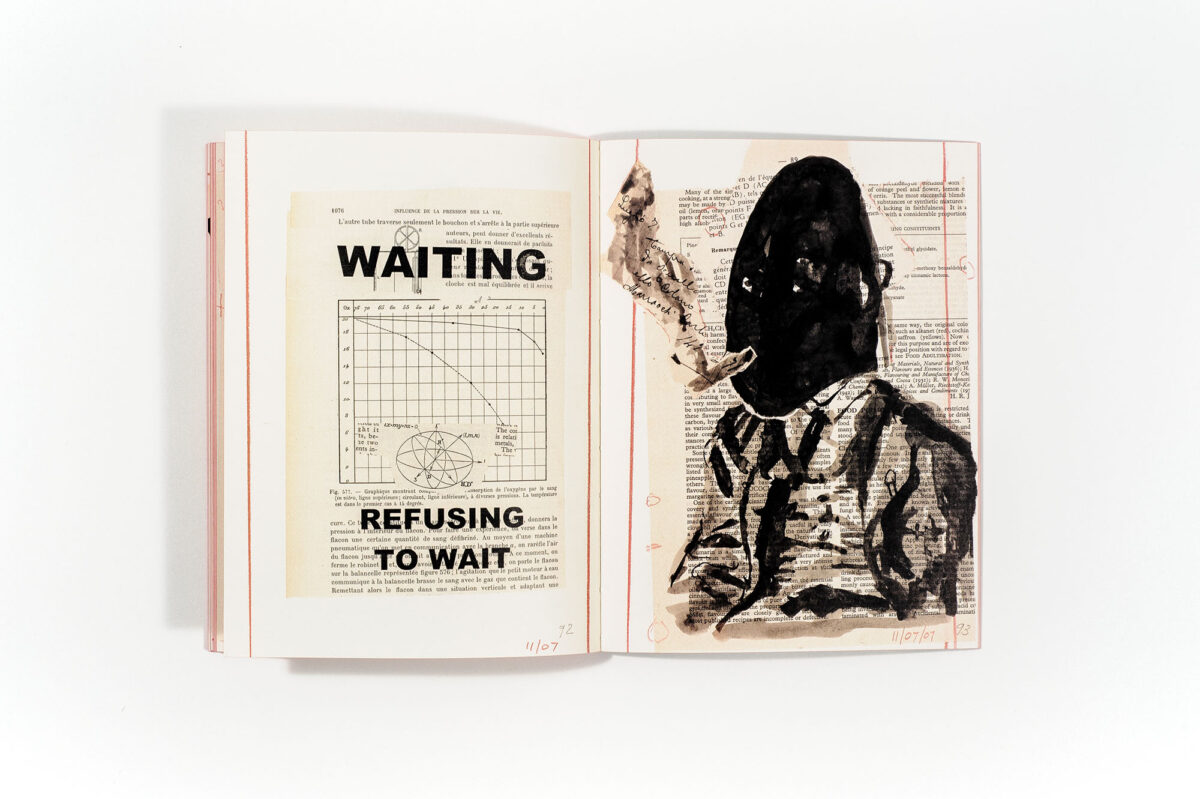 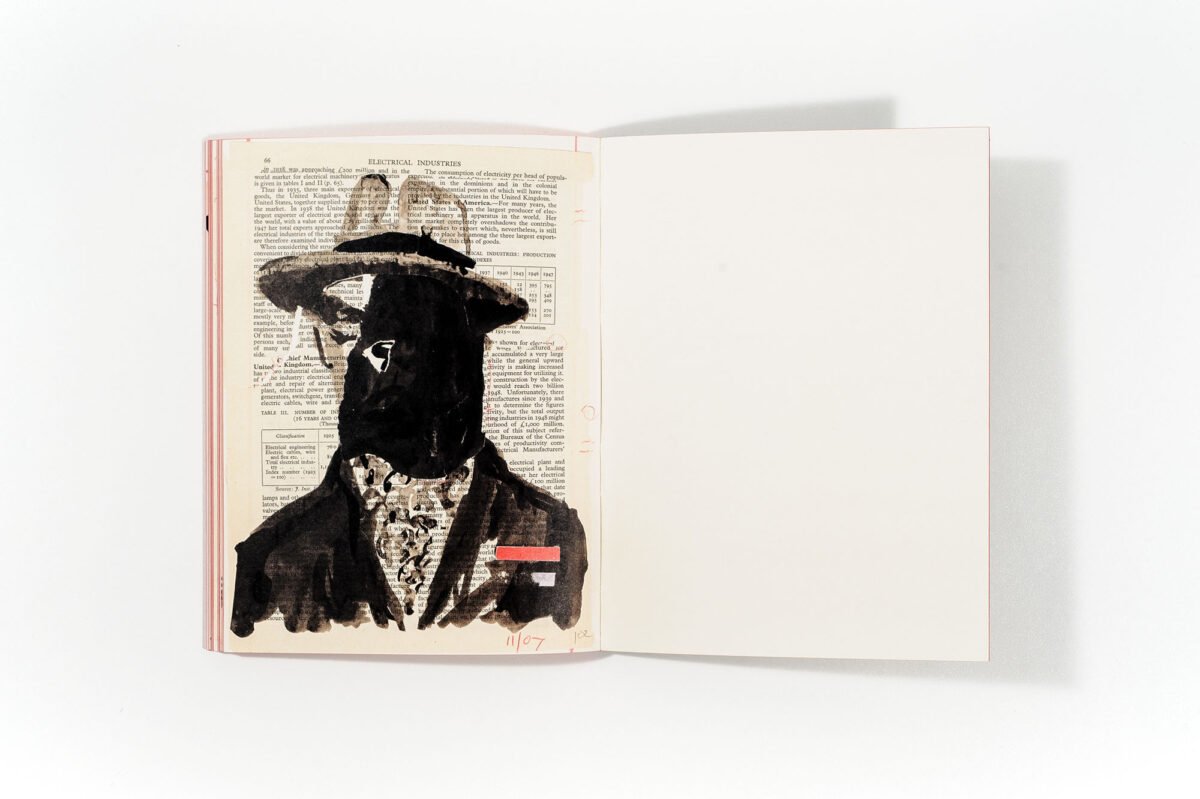 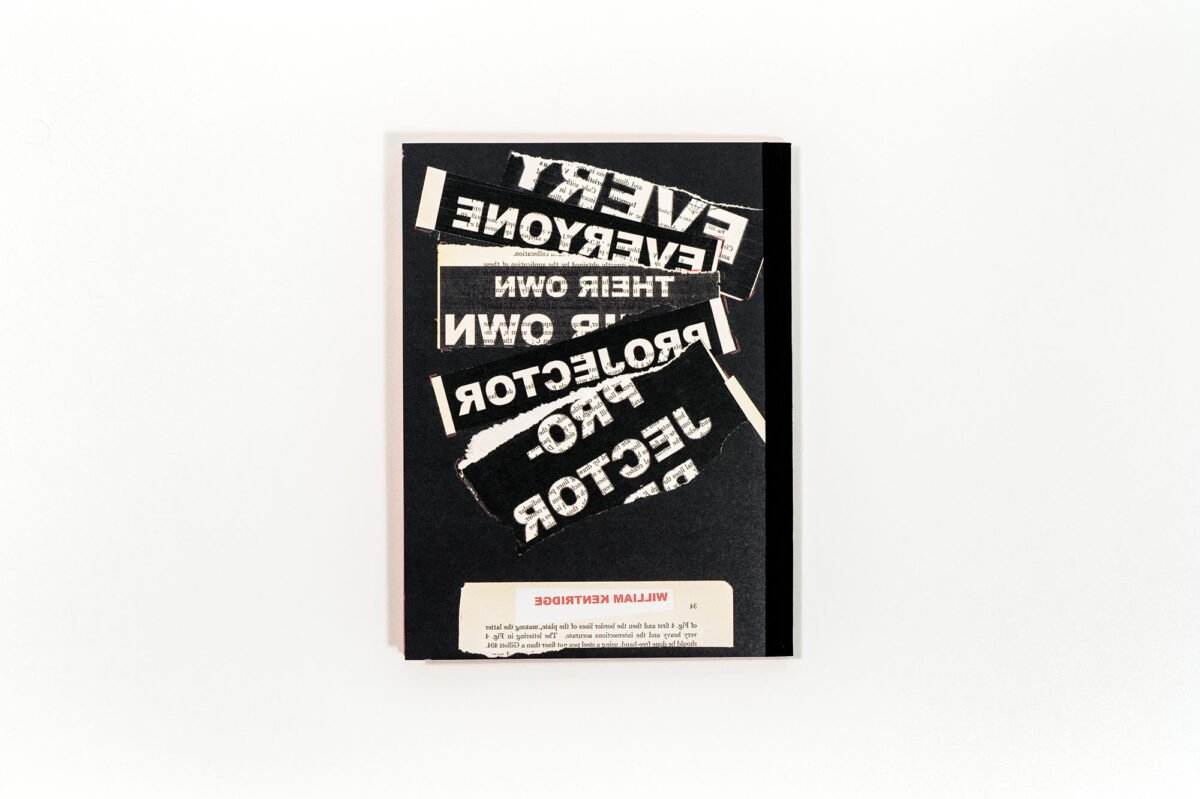 Beginning with Searching, Organizing, and Sensuality, and closing with Melancholy, the four stages of Everyone / Their Own / Projector submerge us in Kentridge’s meandering universe. Combining drawings and printed texts, the book presents a range of shapes and images appropriated by William Kentridge.

The recurring silhouette of The Nose, relating to Kentridge’s work around his production of Shostakovich’s opera after Gogol’s short story, inhabits the book’s pages. The Nose is an obsessive, enigmatic figure that is reinvented again and again. And so, Kentridge returns to and reworks other forms – here a figure by Masaccio is echoed in a face by Manet, here, nudes by Rembrandt unexpectedly become fragments in a dialogue with Tatlin’s constructivist architecture. Kentridge plays with the palimpsest and with overlaying; he outlines hidden affinities. He superimposes pages torn from dictionaries, encyclopedias, cookbooks or science manuals, mixing up their languages; he crosses out, erases, covers images with Indian ink, blending different forms of knowledge, perception, and transmission. He engages in his own dialogue with images borrowed from art history through projections, retakes and bifurcations. Each image becomes a possibility, a path of exploration; each drawing, though independent, is part of a system of constant revision and referral in the sketched artistic self-portrait that the title of the book seems to suggest.