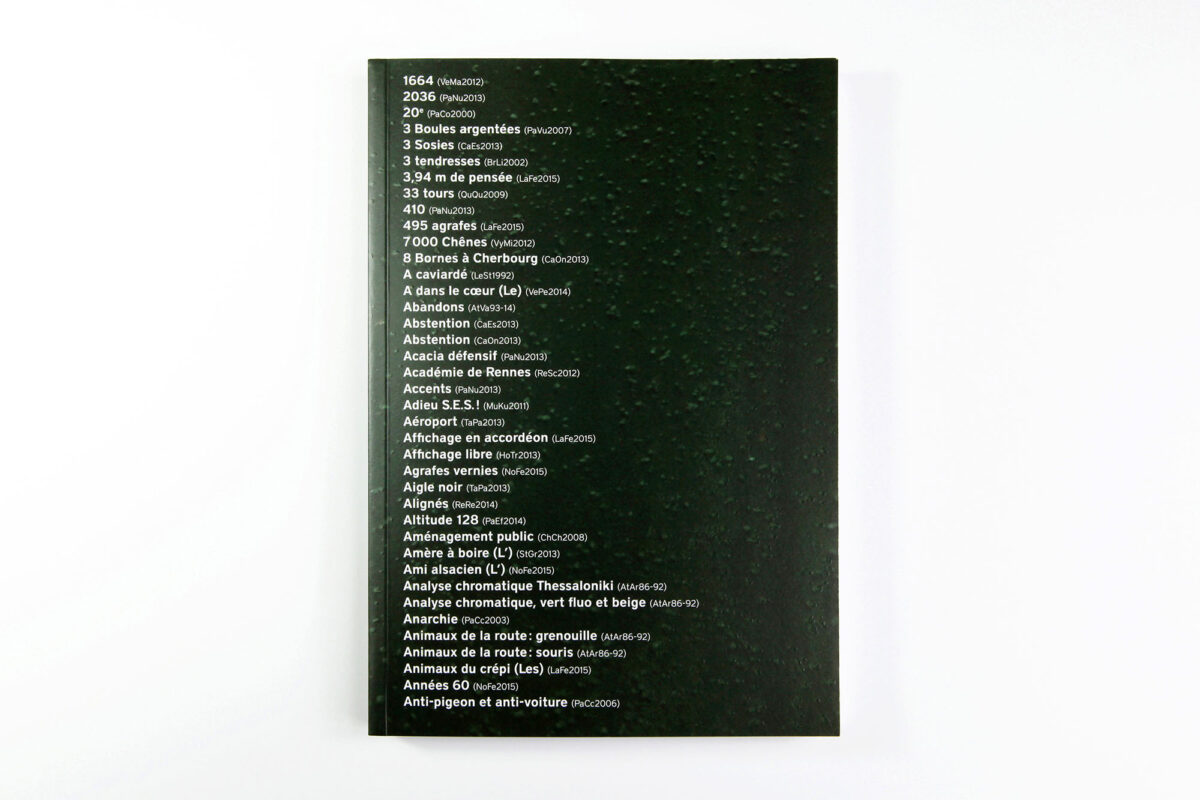 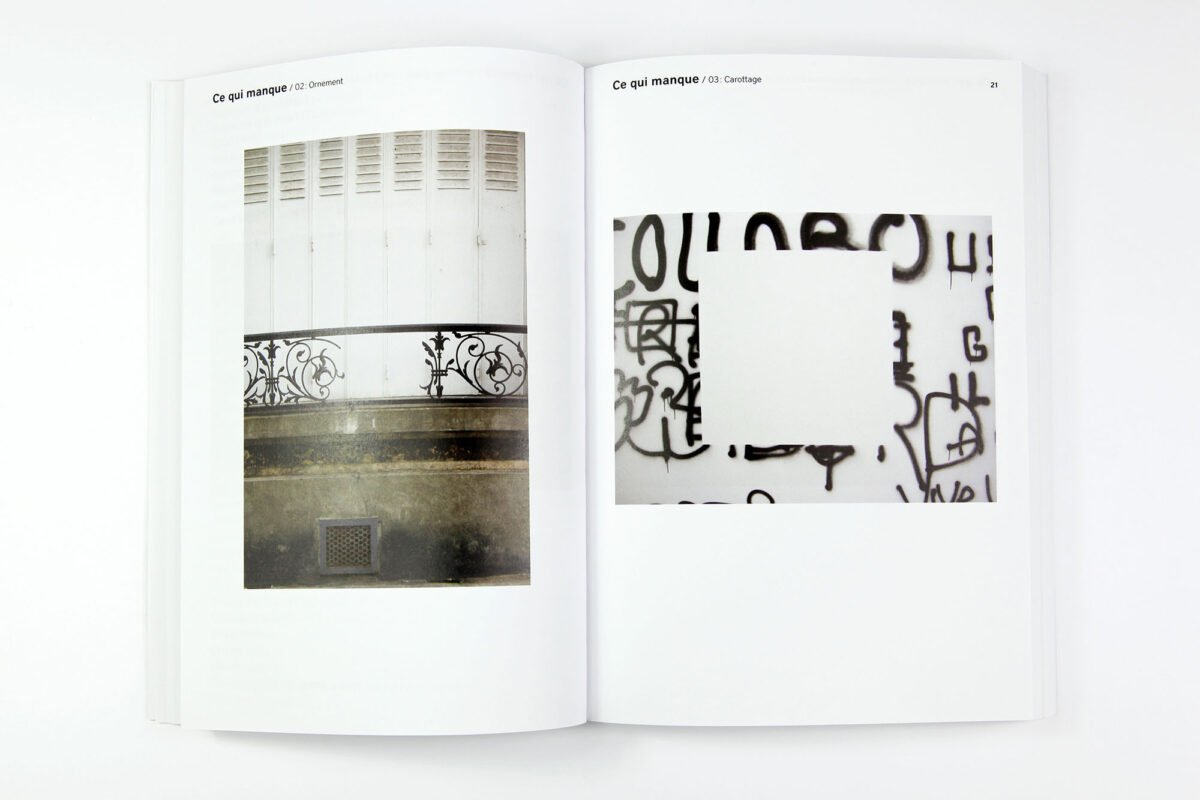 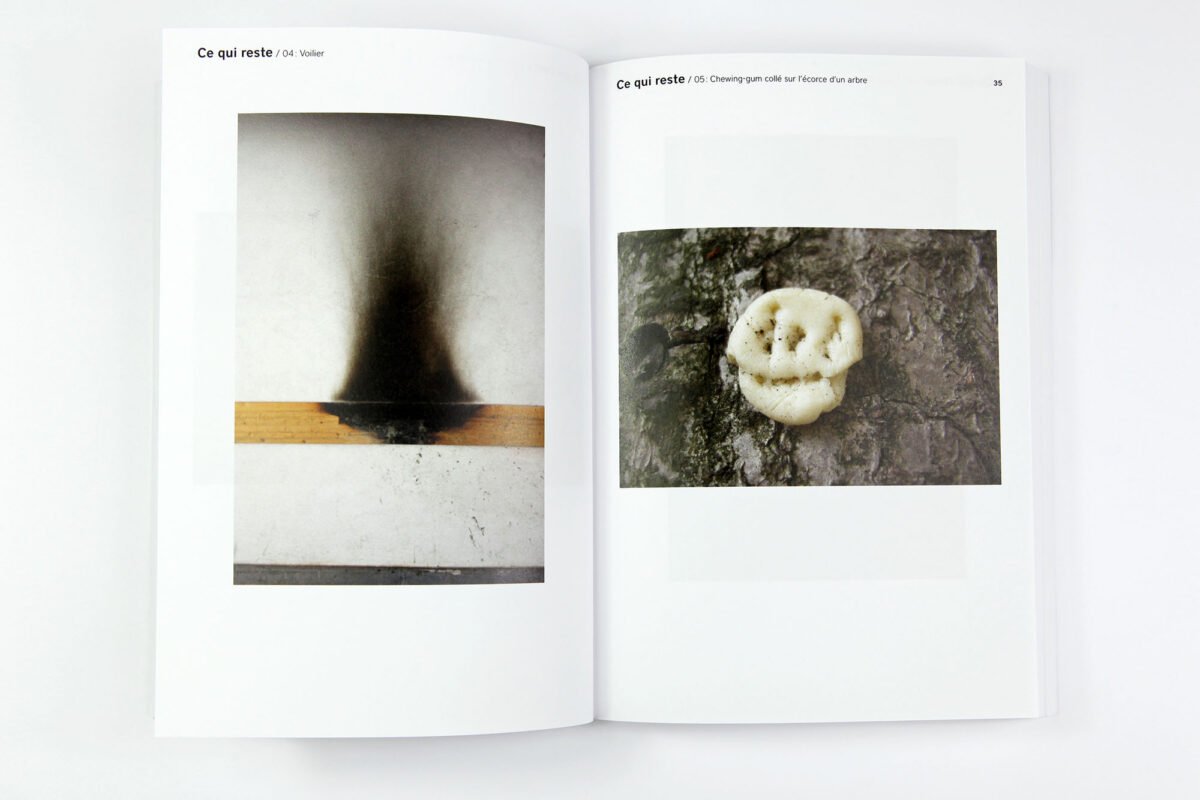 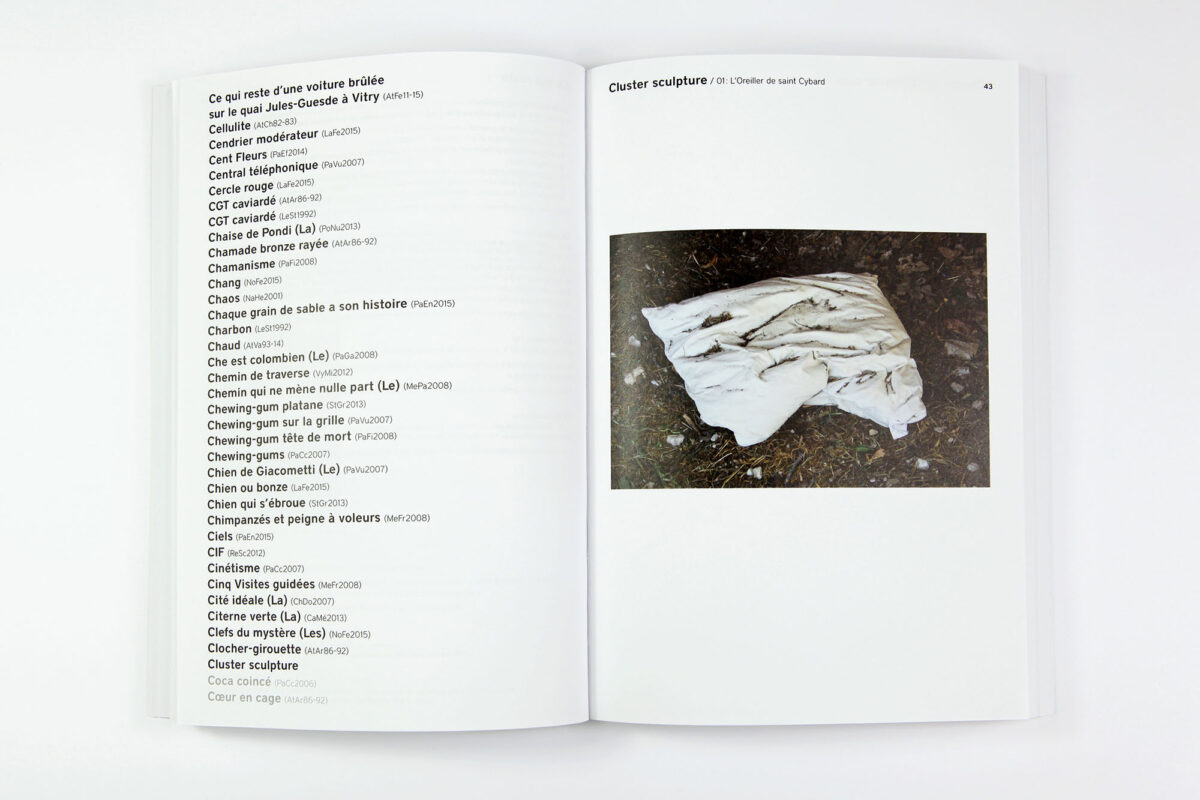 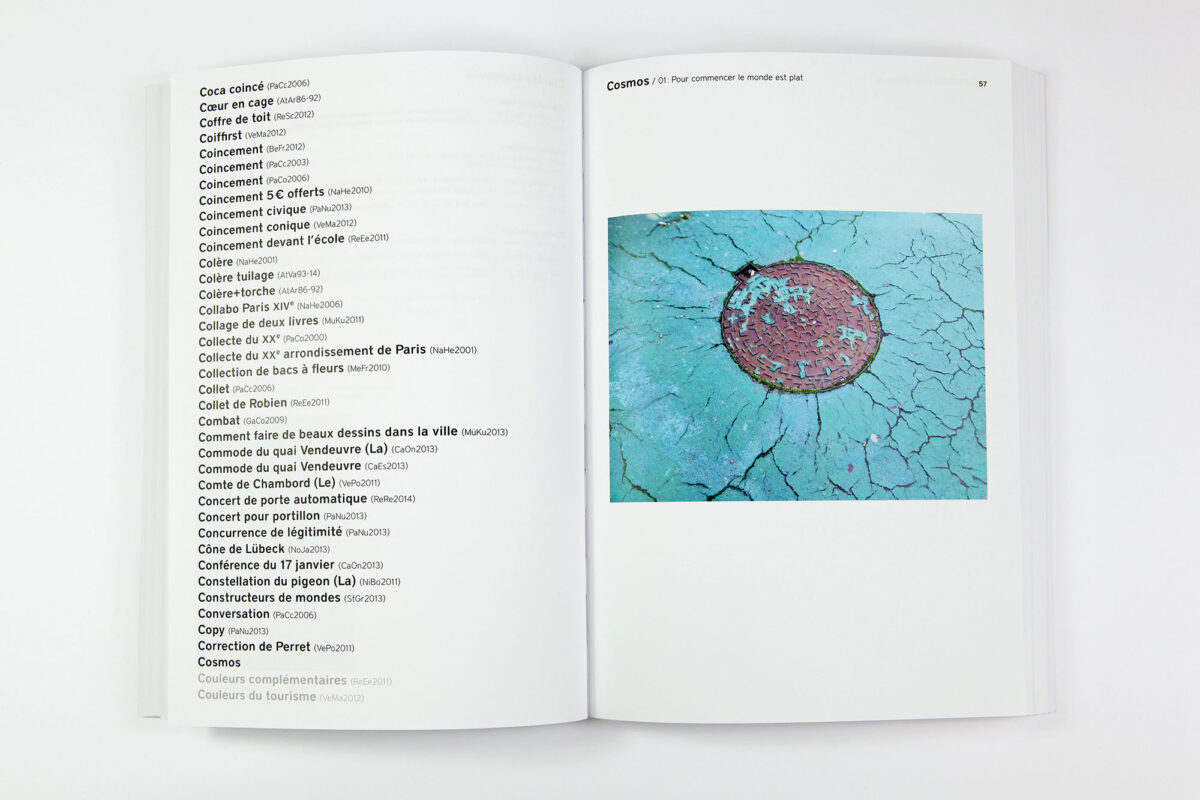 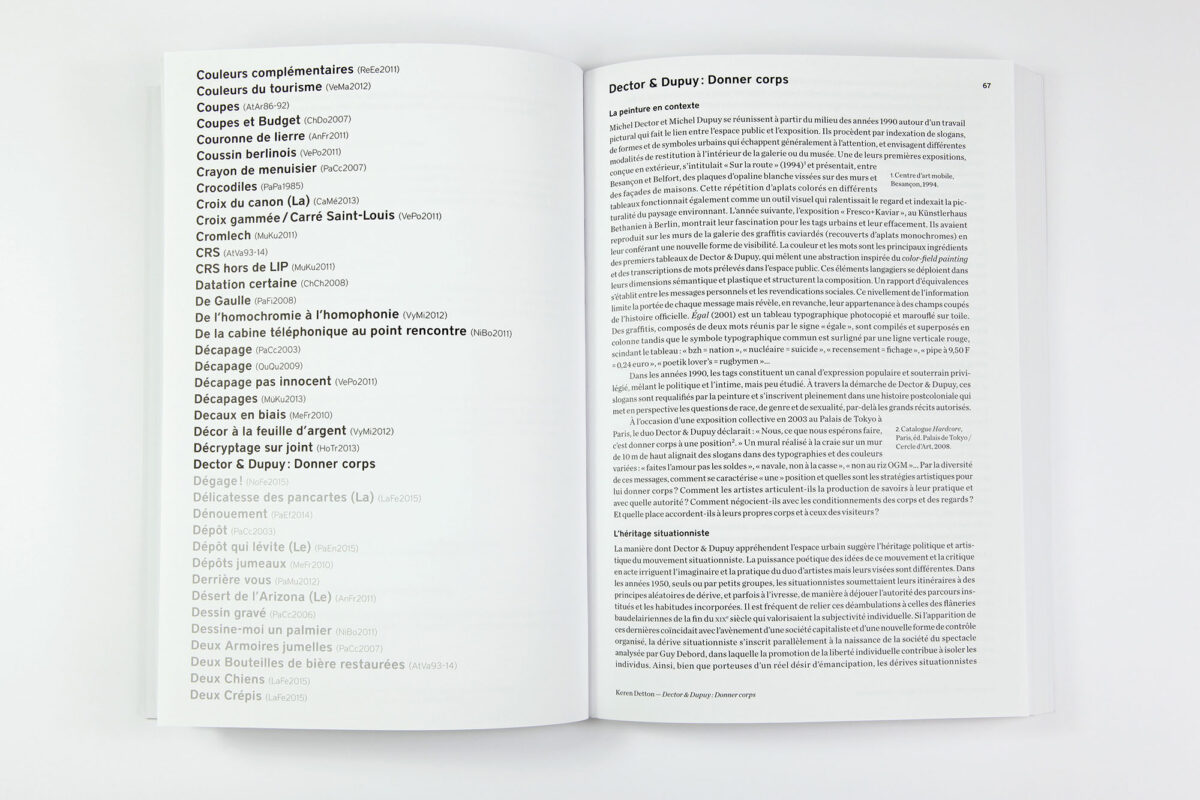 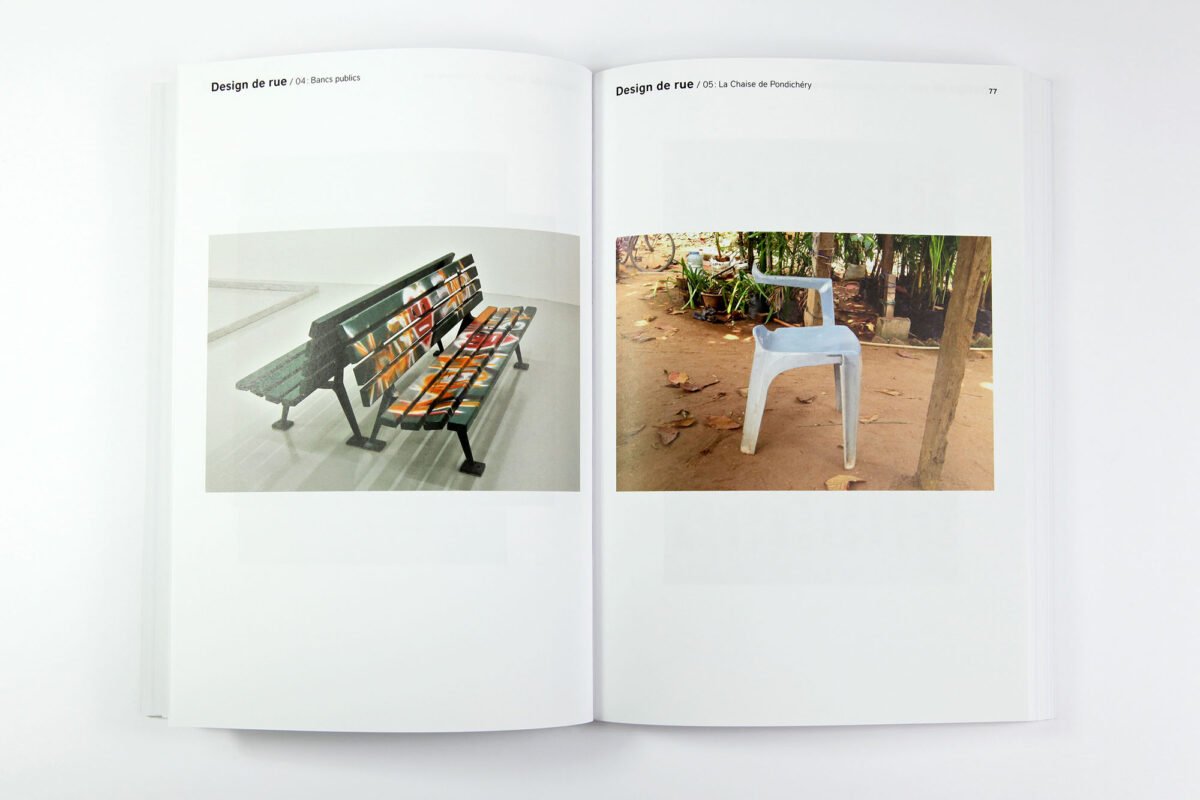 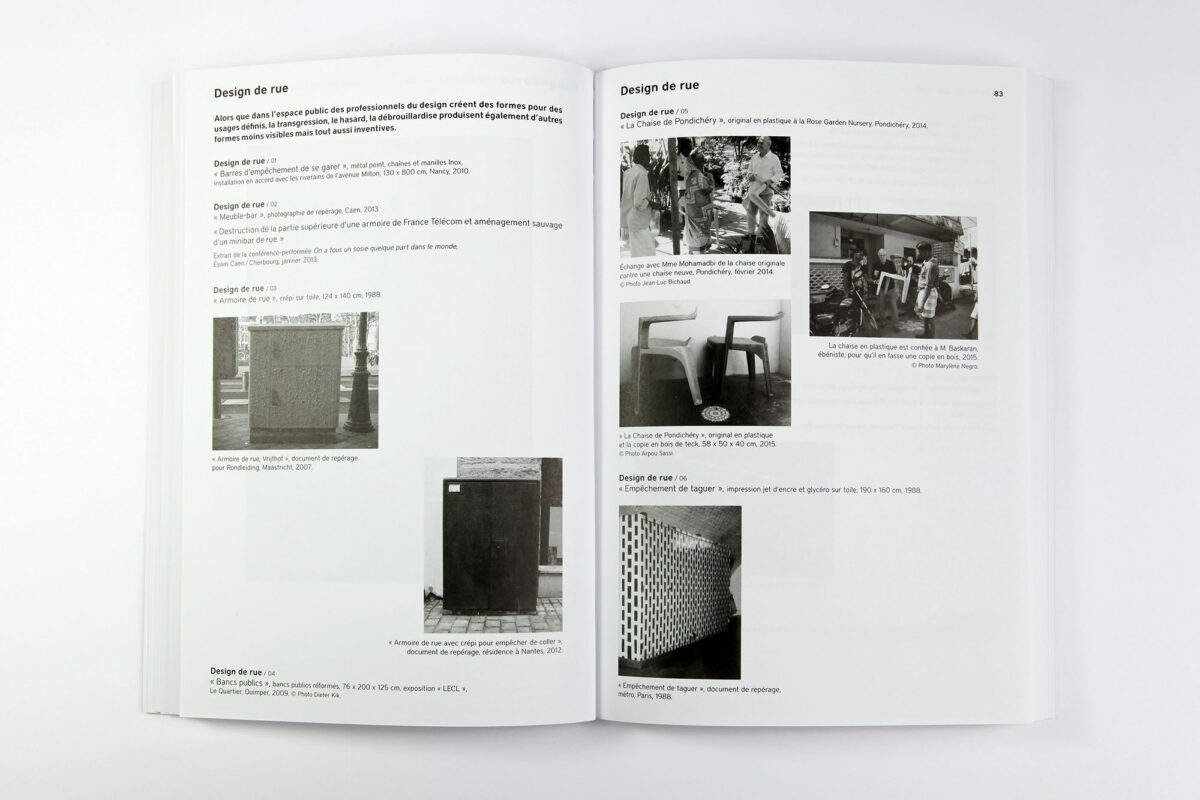 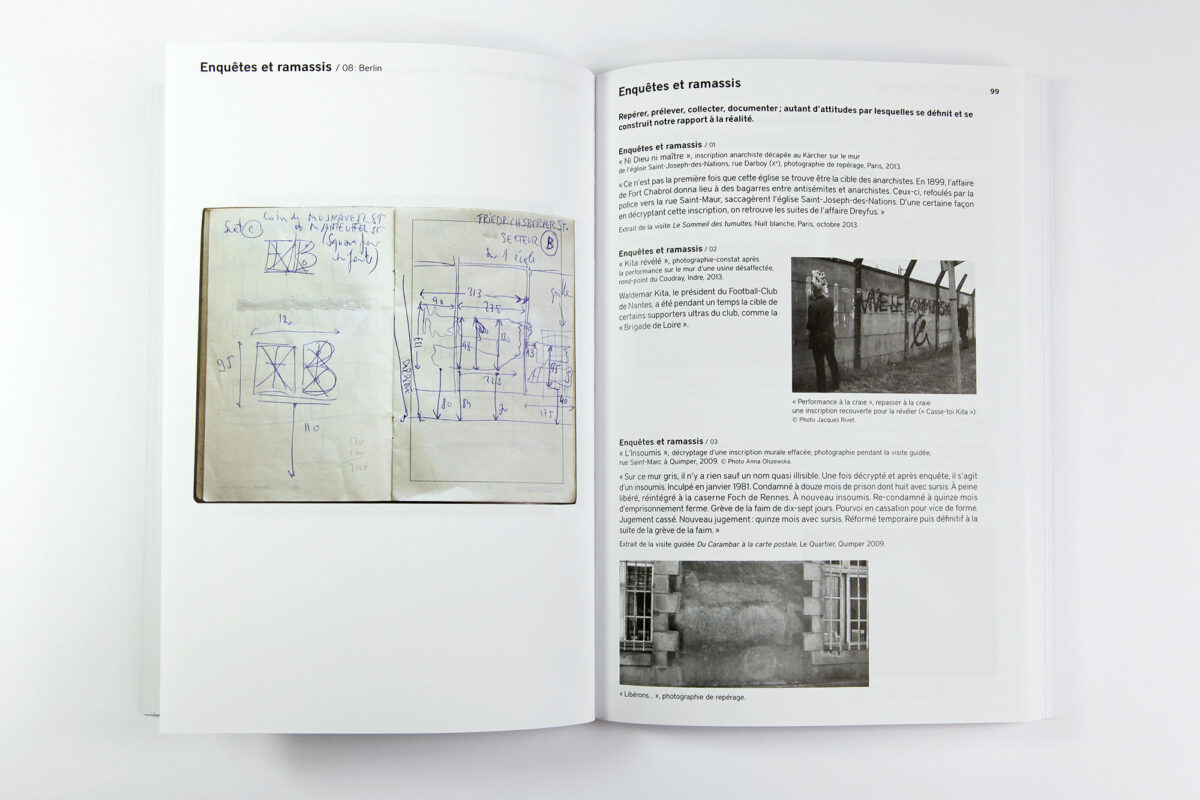 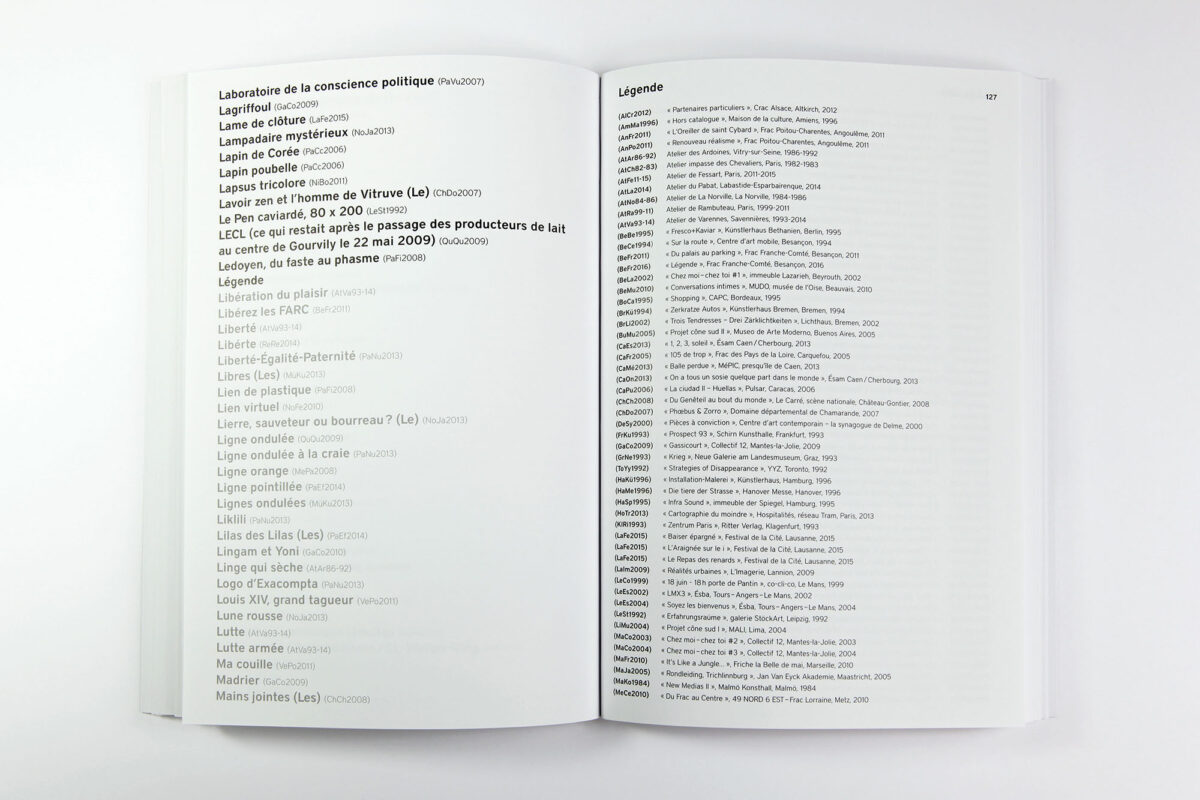 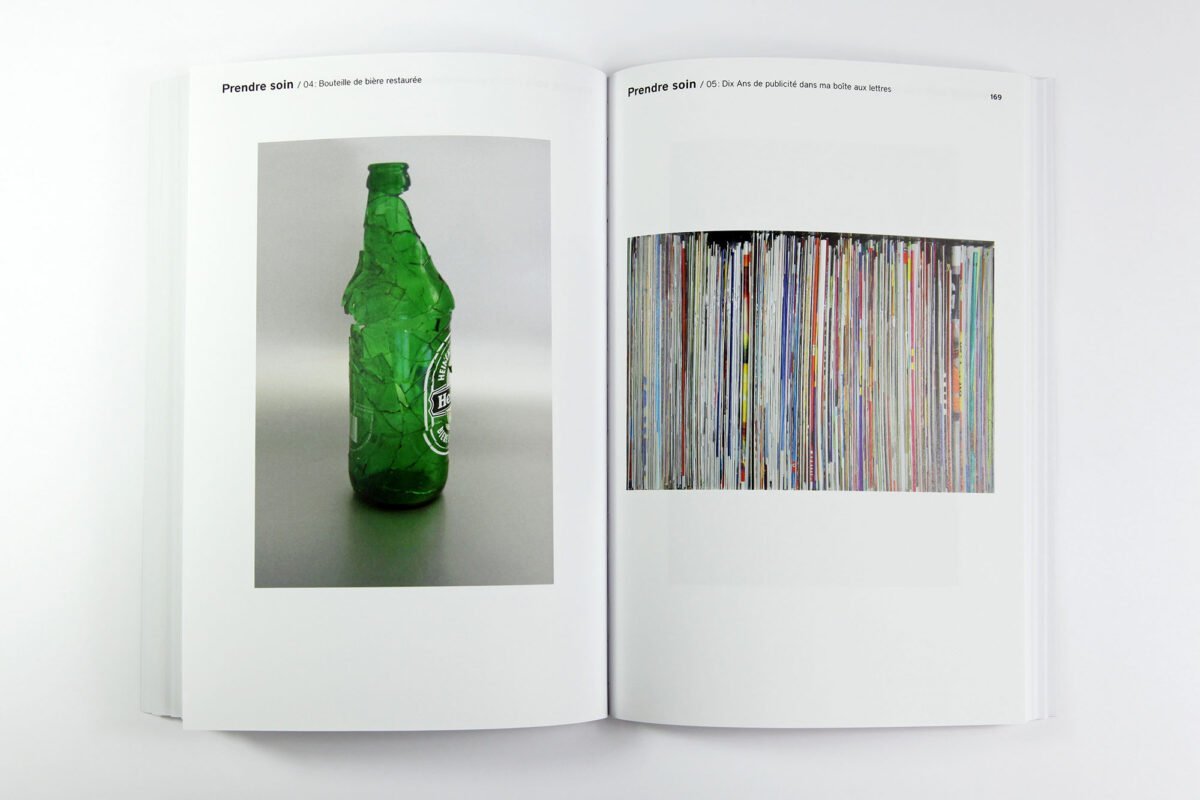 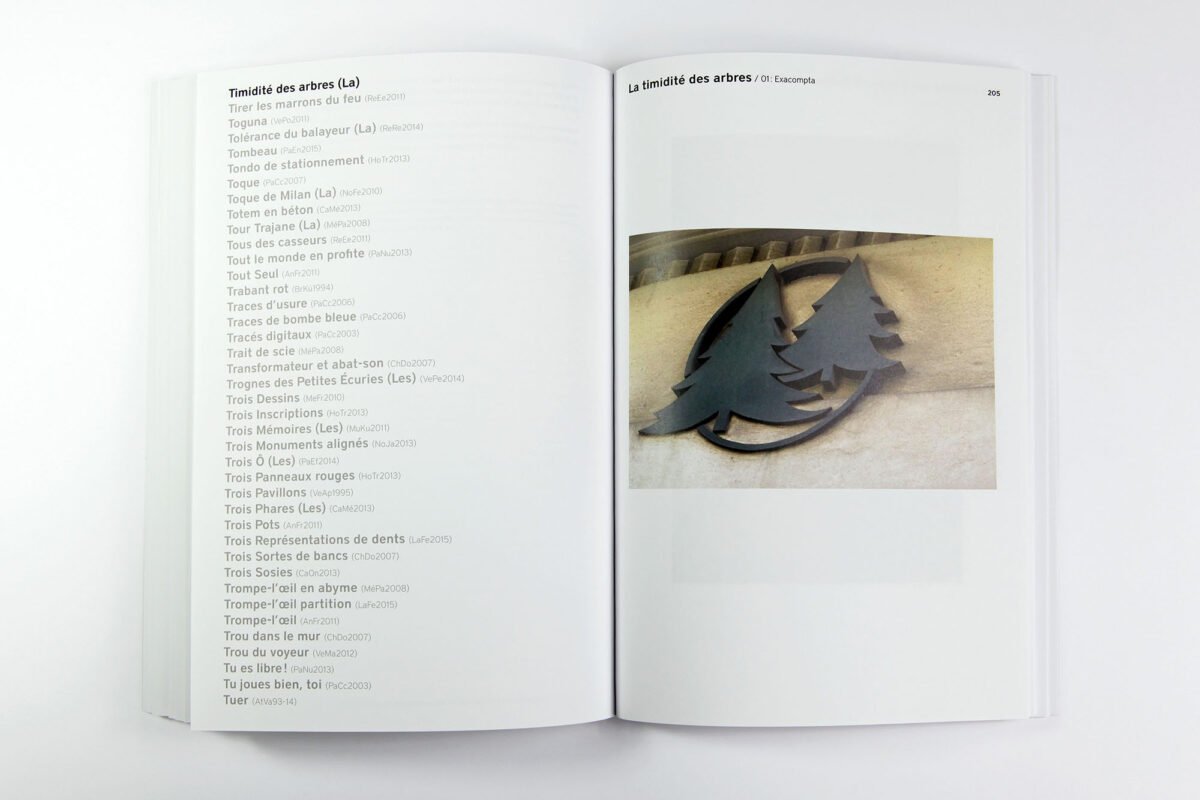 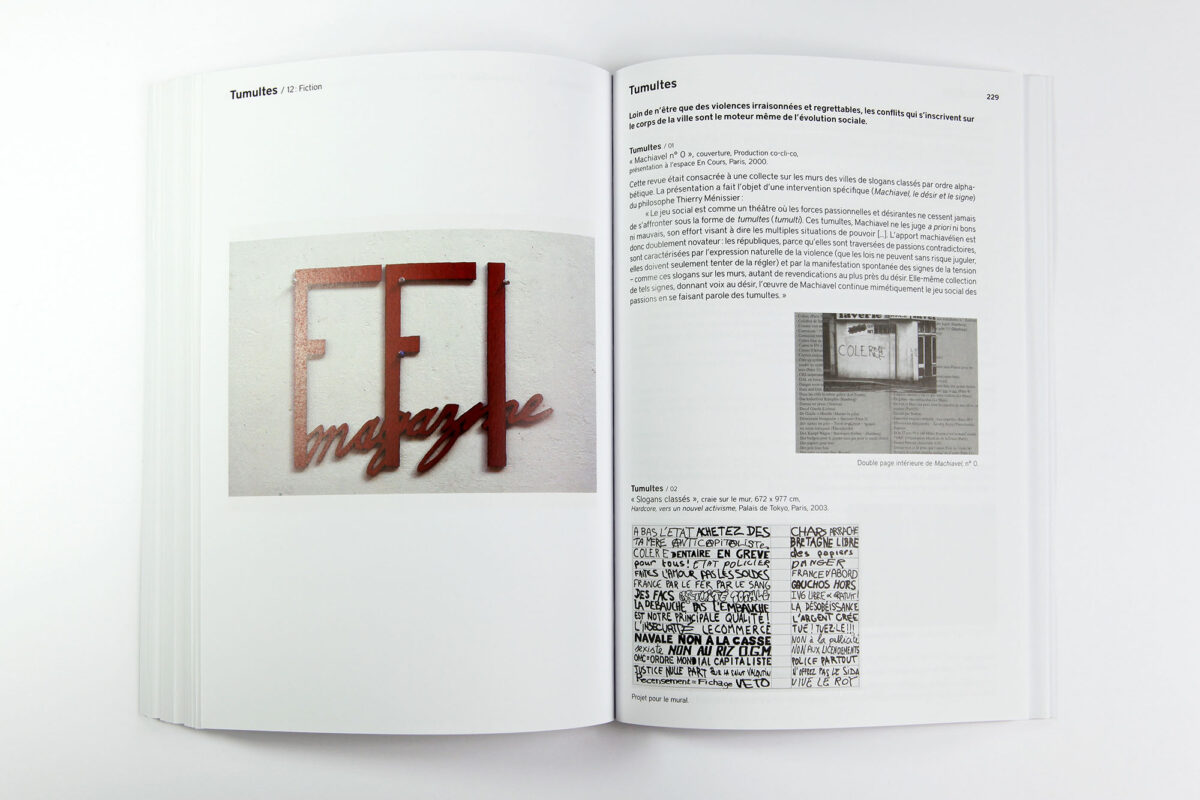 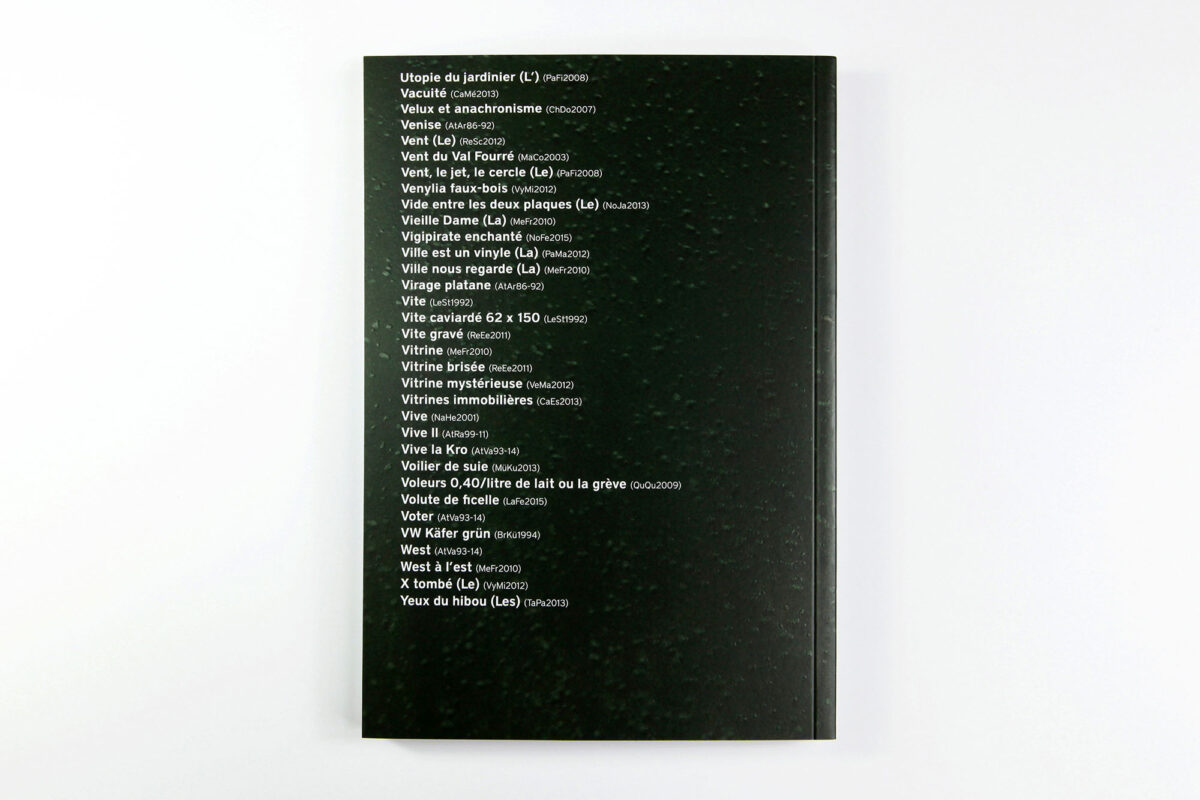 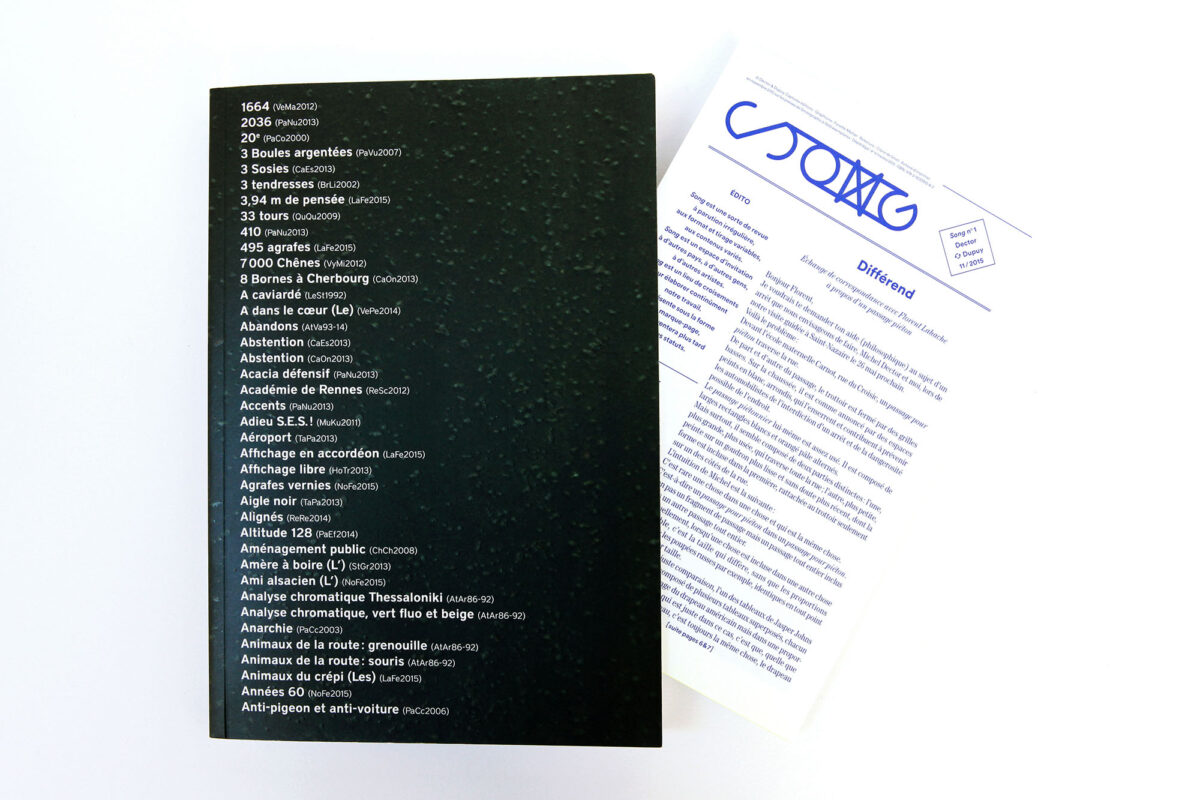 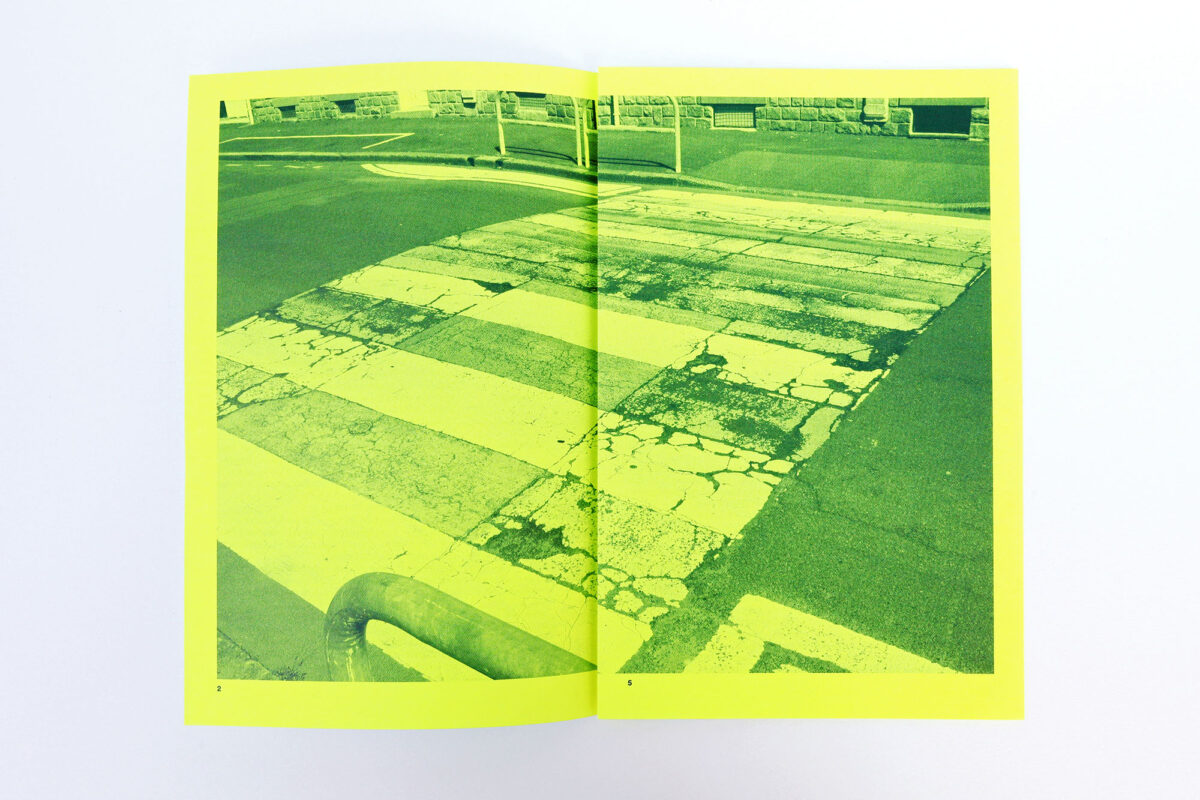 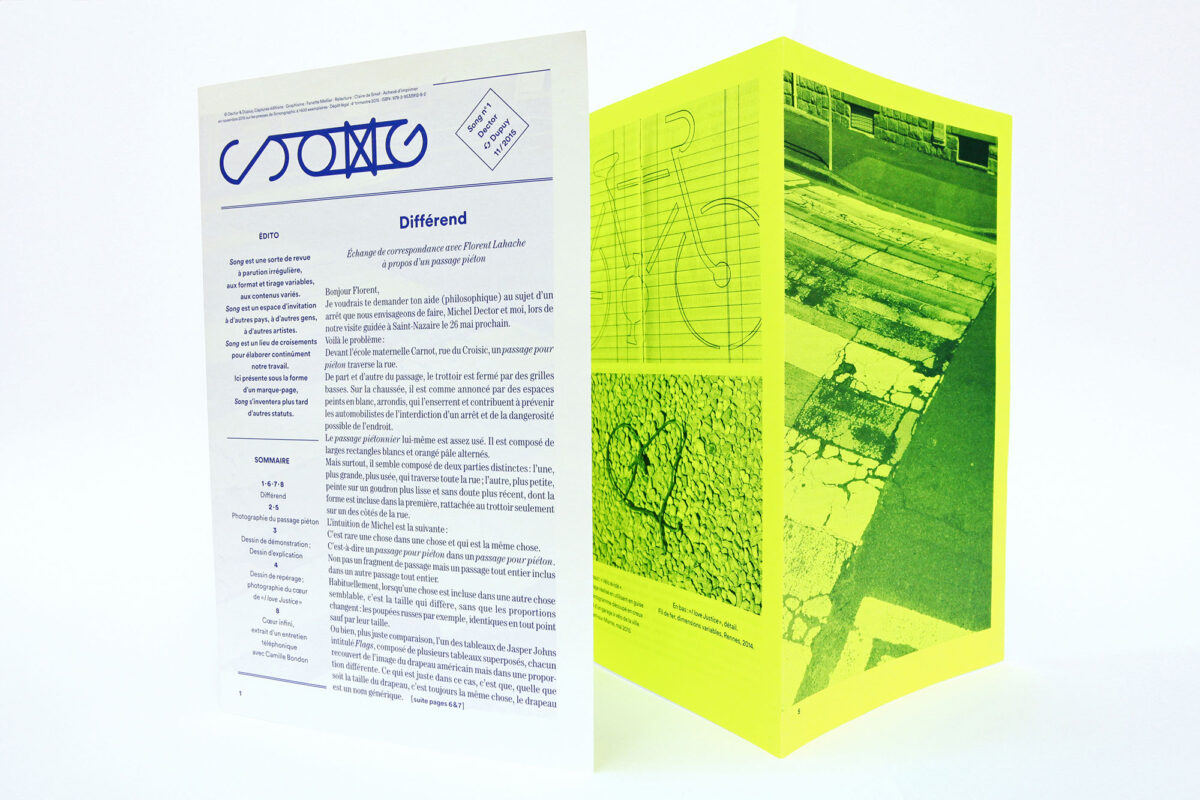 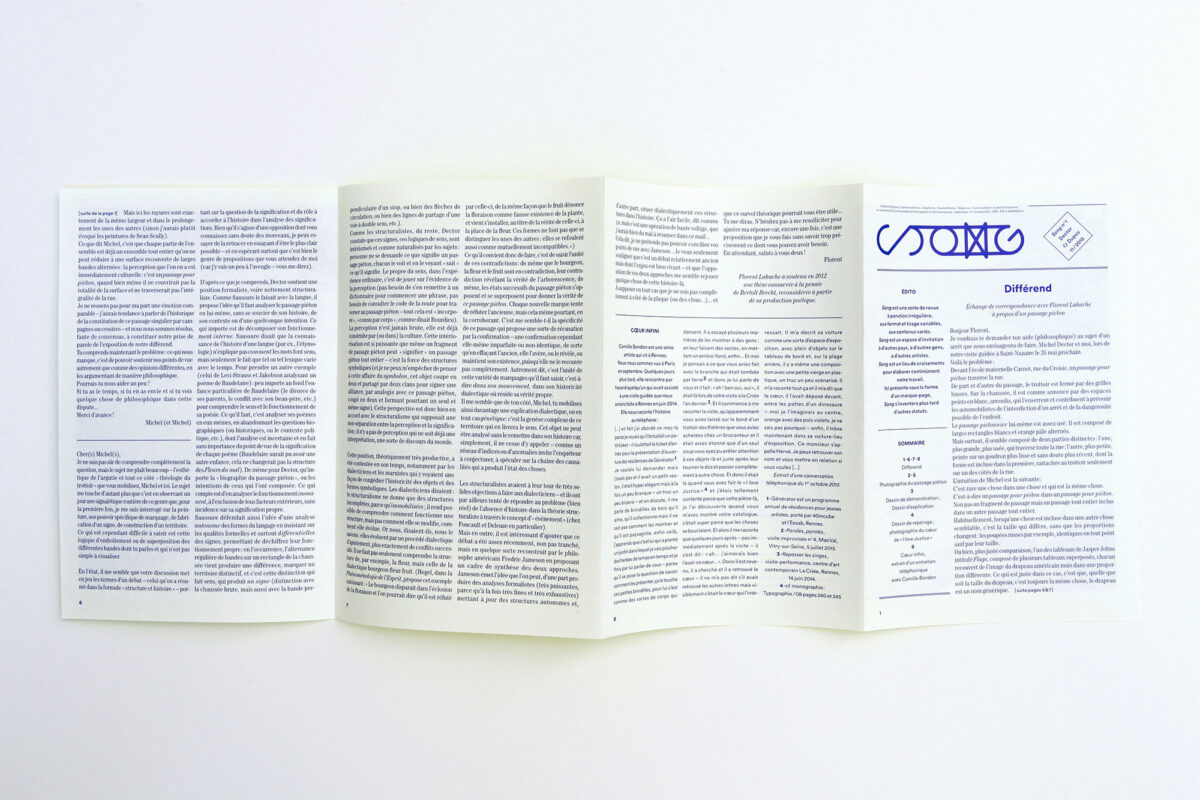 This monograph dedicated to the work of Dector and Dupuy presents the density of the artists’ research into their subject, the city, its improvisatory spaces and its escape routes. “During the twenty years that they have worked together, Dector and Dupuy’s investigations address the tracks and marks of conflict, the expressing of demands and the wild writings that they find in public places – on walls, but also on roads – and in every nook and cranny of the city(…) Both artists create exhibitions, guided tours and diverse printed media from these gatherings.1”

Thinking through the conception of the book led the artists to imagine an atypical way of classifying their works in a non-chronological manner. The book became a space of creation where every stage – from the design to the manufacturing – was conceived in the spirit of their work. During the first exchanges with graphic designer, Jocelyne Fracheboud and editor, Valérie Cudel, Dector and Dupuy provided a list of works, exhibitions and places where performance-visites were staged. Every title, placed in alphabetic order, is accompanied by a code composed from the year, the origin and the city. This list forms the vertebral column of the book. It indicates the intermediate state of a production in a state of continuous revisiting and reinterpretation; it dictates the order of the Clusters and the texts, filed according to title; it drives a constant rhythm that begins on the front cover and breaks off rather than concludes…on the back cover.

The fifteen Clusters – the only entries without a code – disrupt the flow. In accordance with their name, a group of works is reproduced in colour then documented with short notes and black and white photographs. The Clusters facilitate both an archiving of and a transverse reading of the production. They provide a ruse for combining all the forms that Dector and Dupuy generate through their actions – those that they reveal or those they resuscitate. The section “Legend” replaces the traditional biography, a resumption of the elements in the list in connection with artistic institutions and appearances; geographical ranking is substituted for traditional chronology. “Legend” is a disguised curriculum vitae.