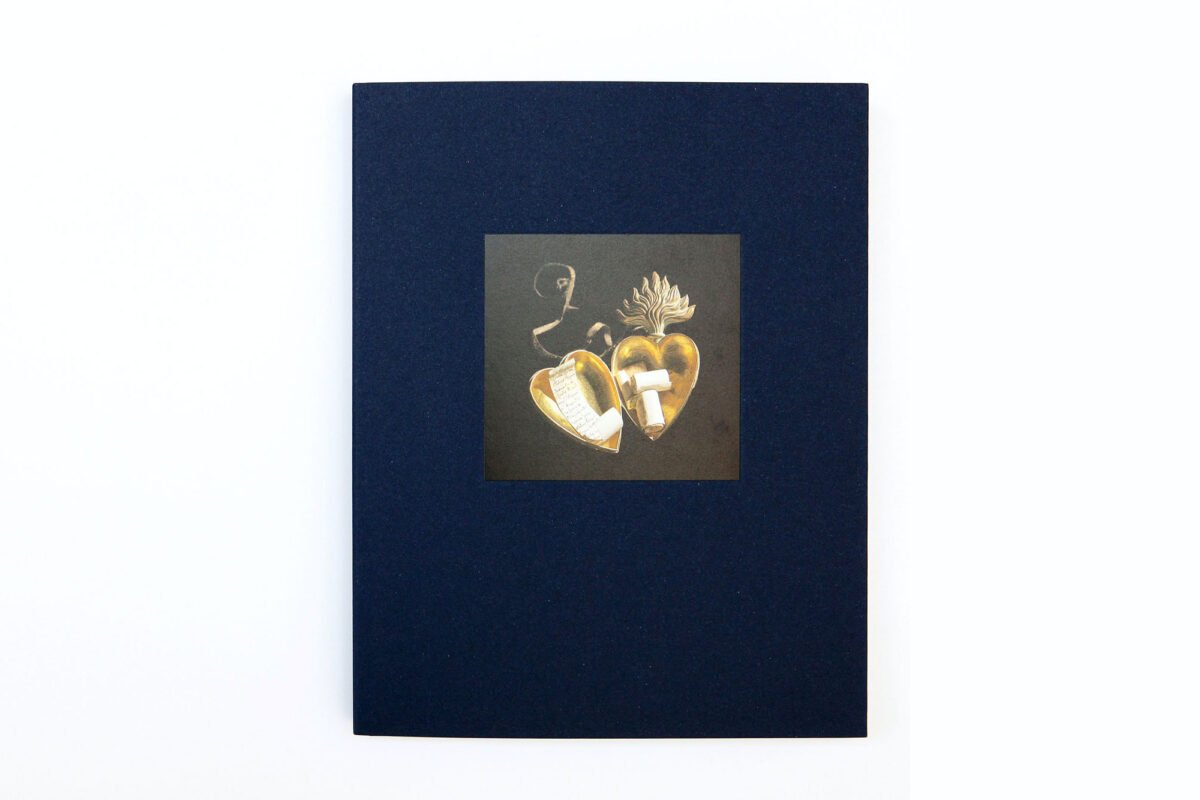 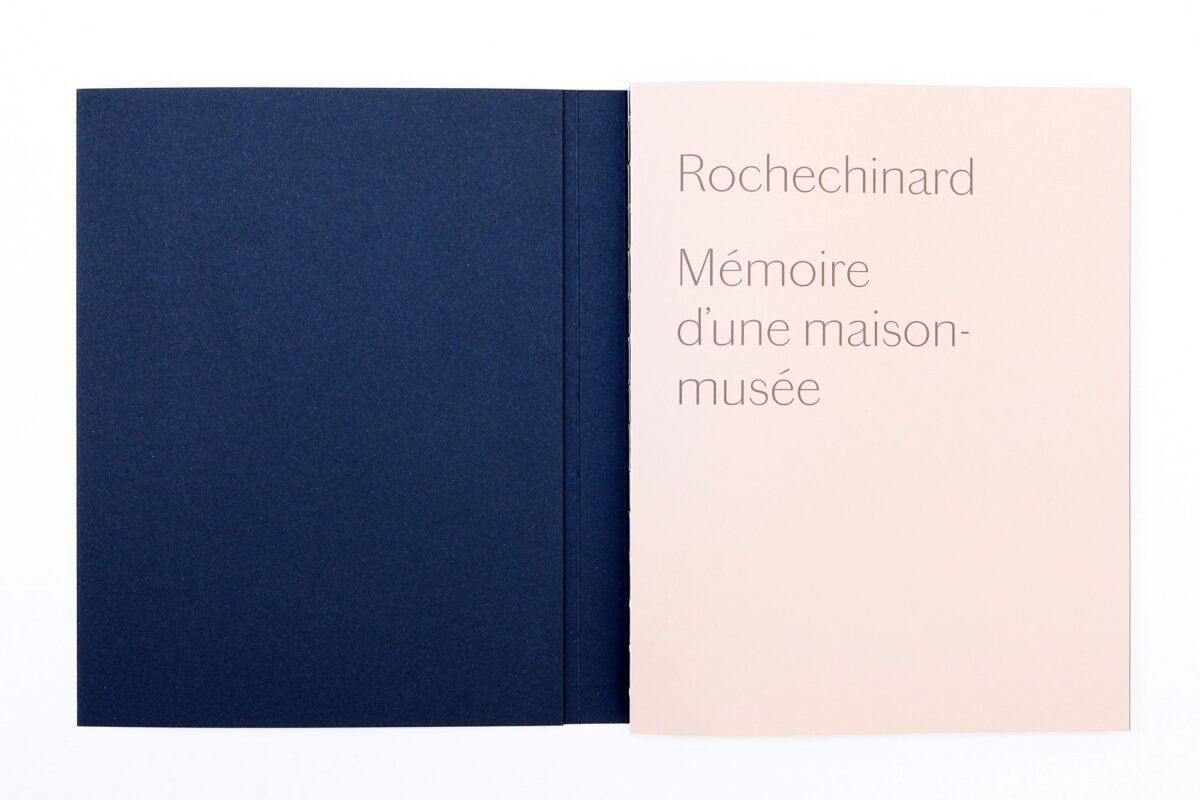 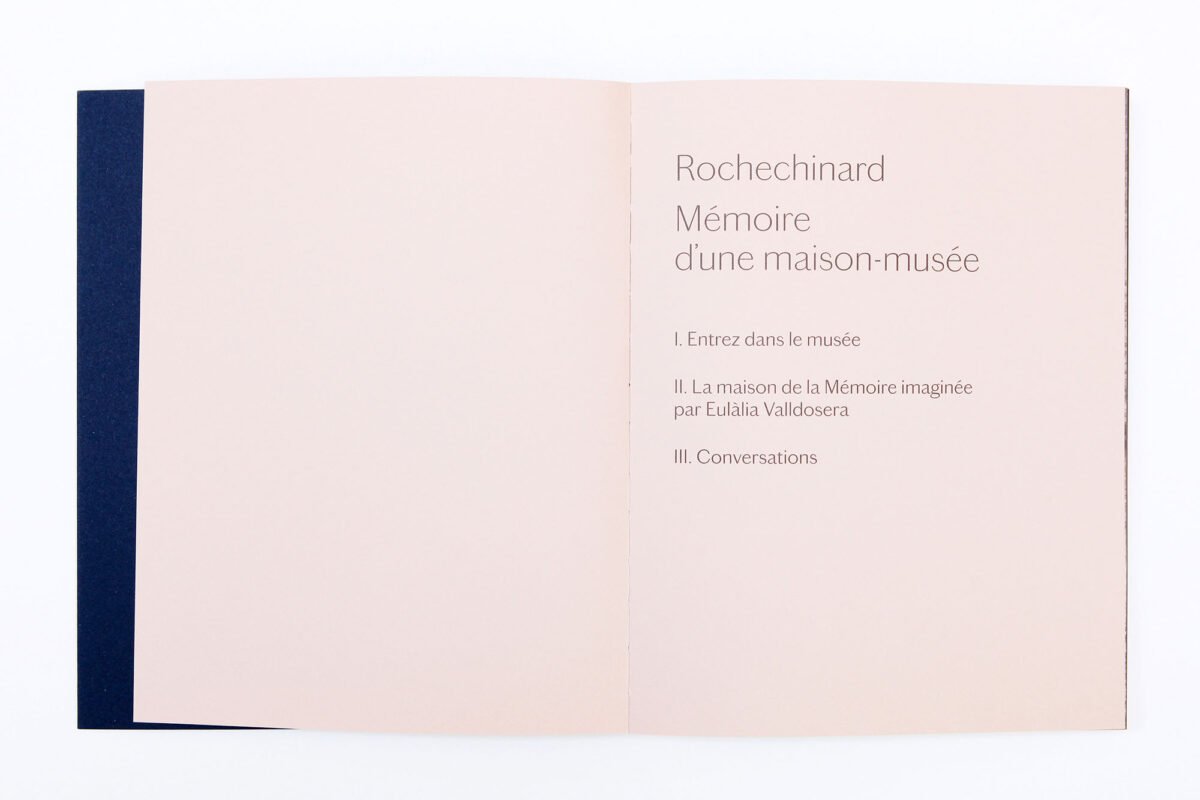 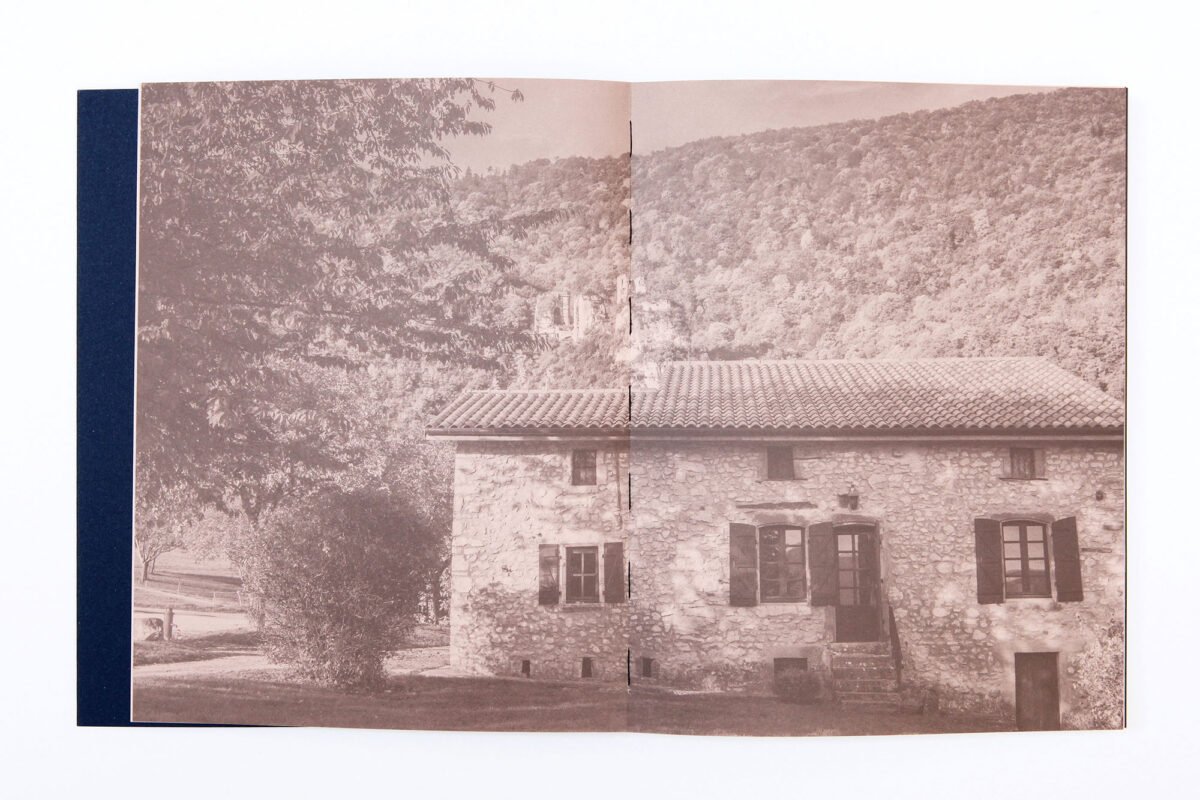 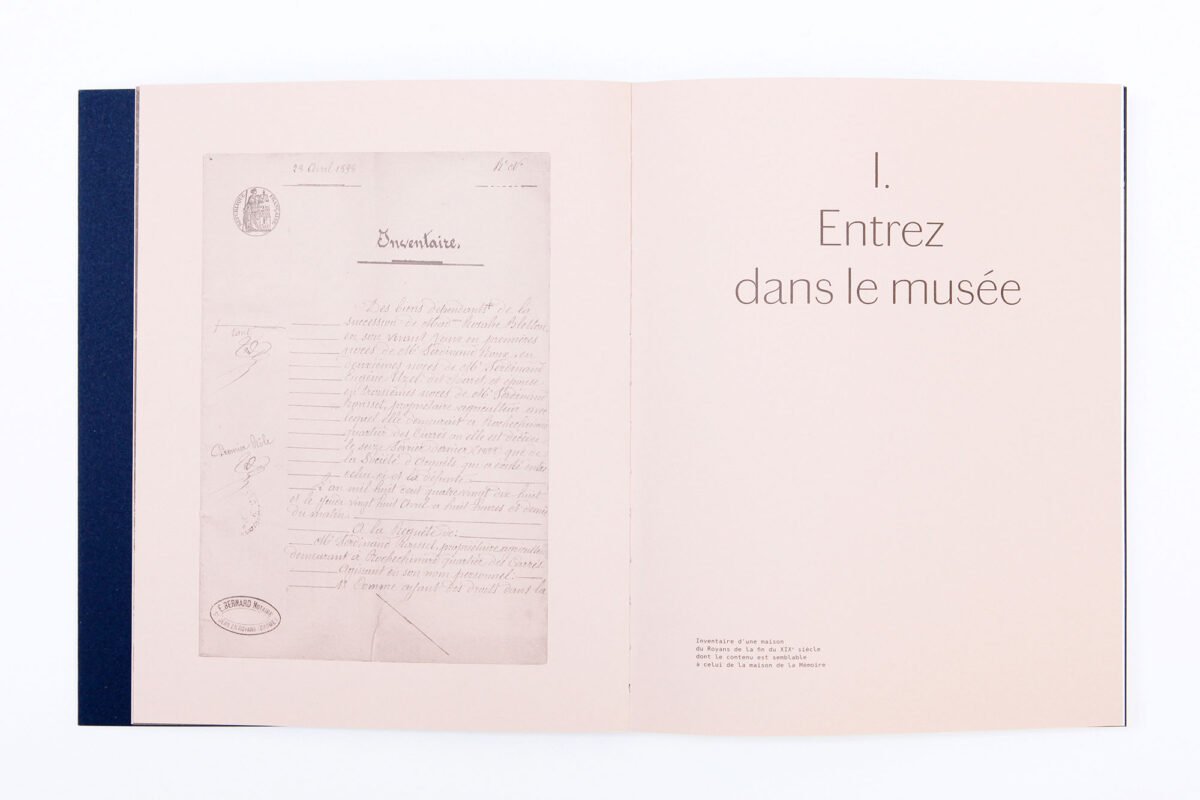 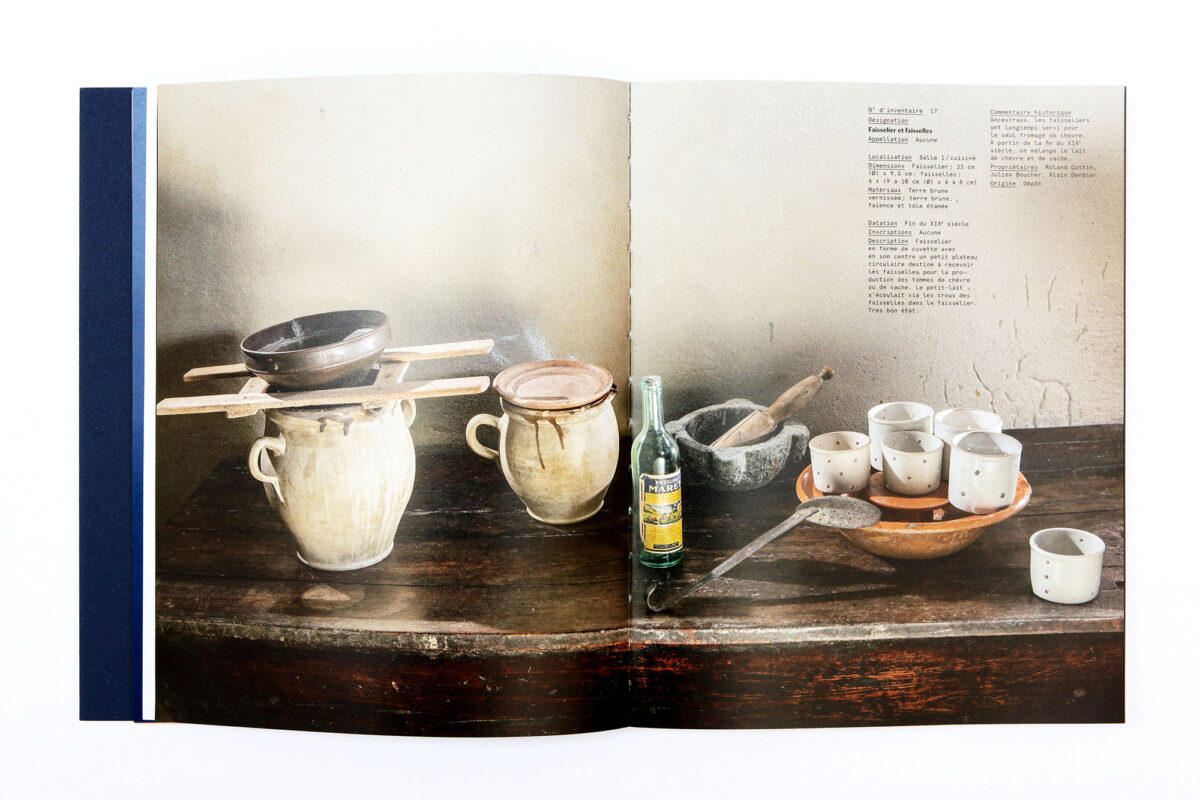 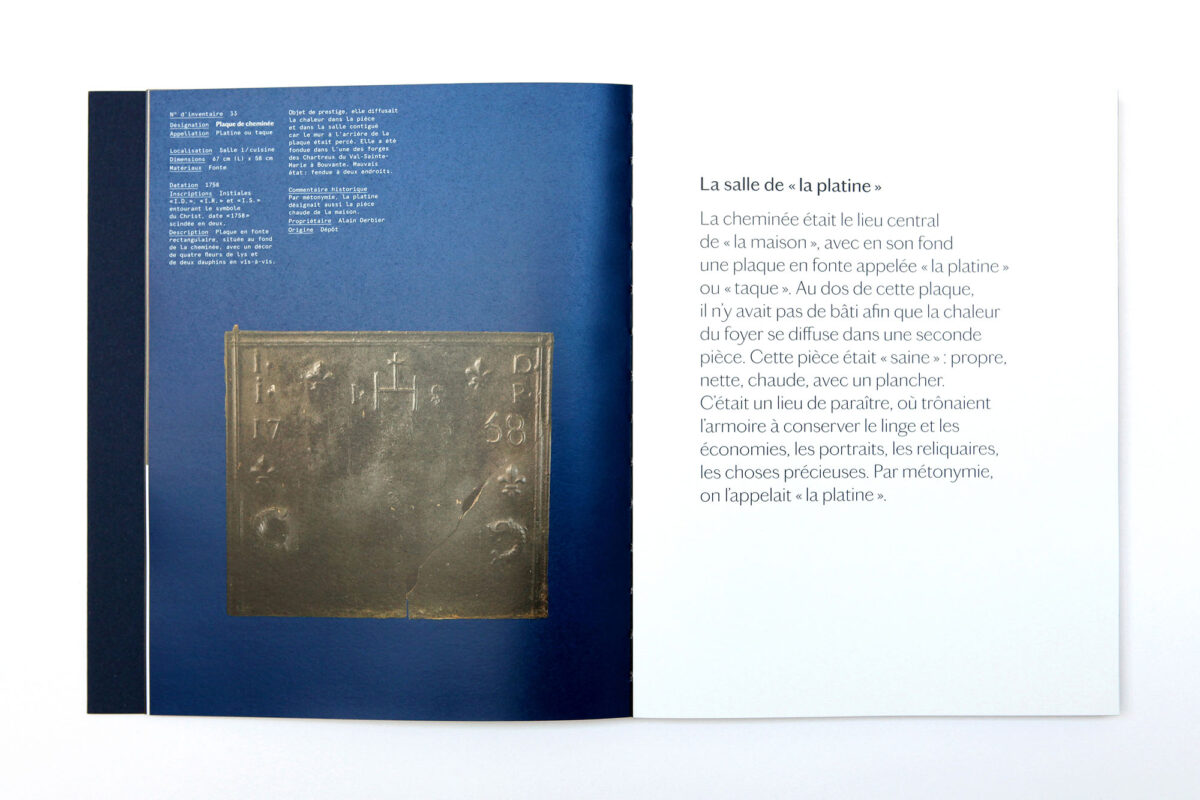 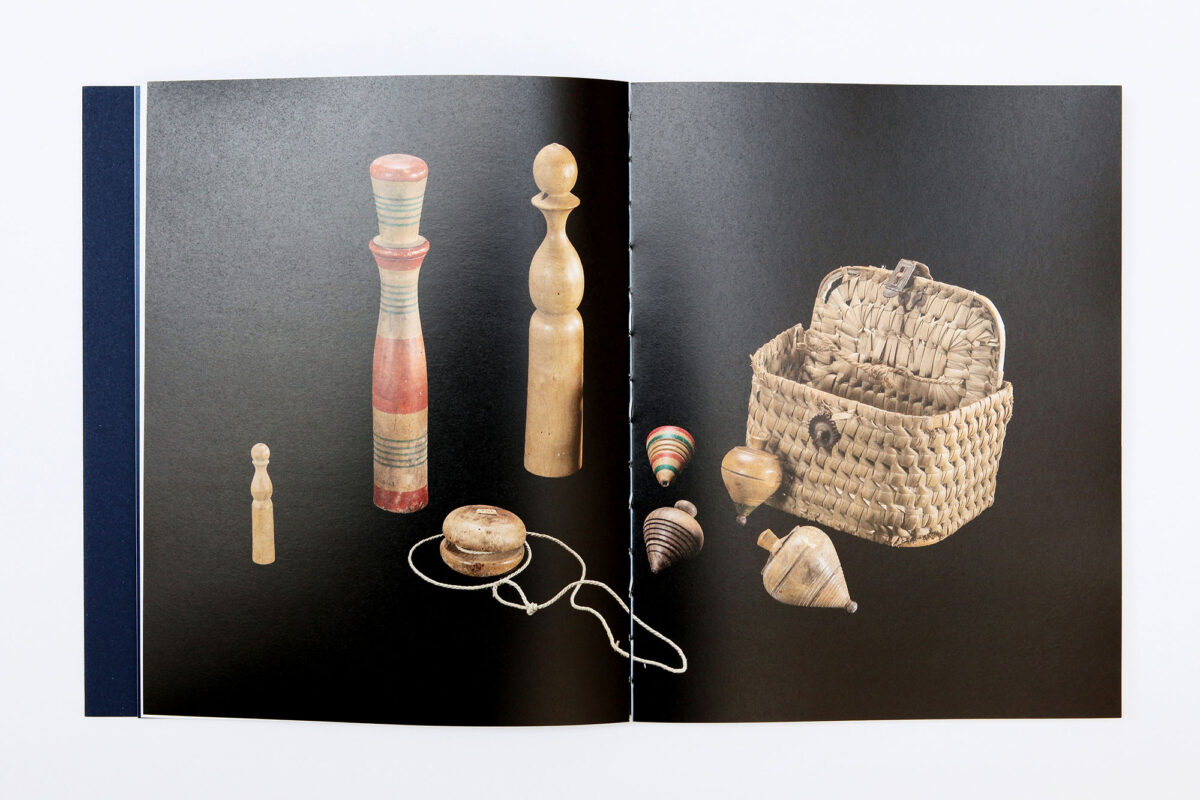 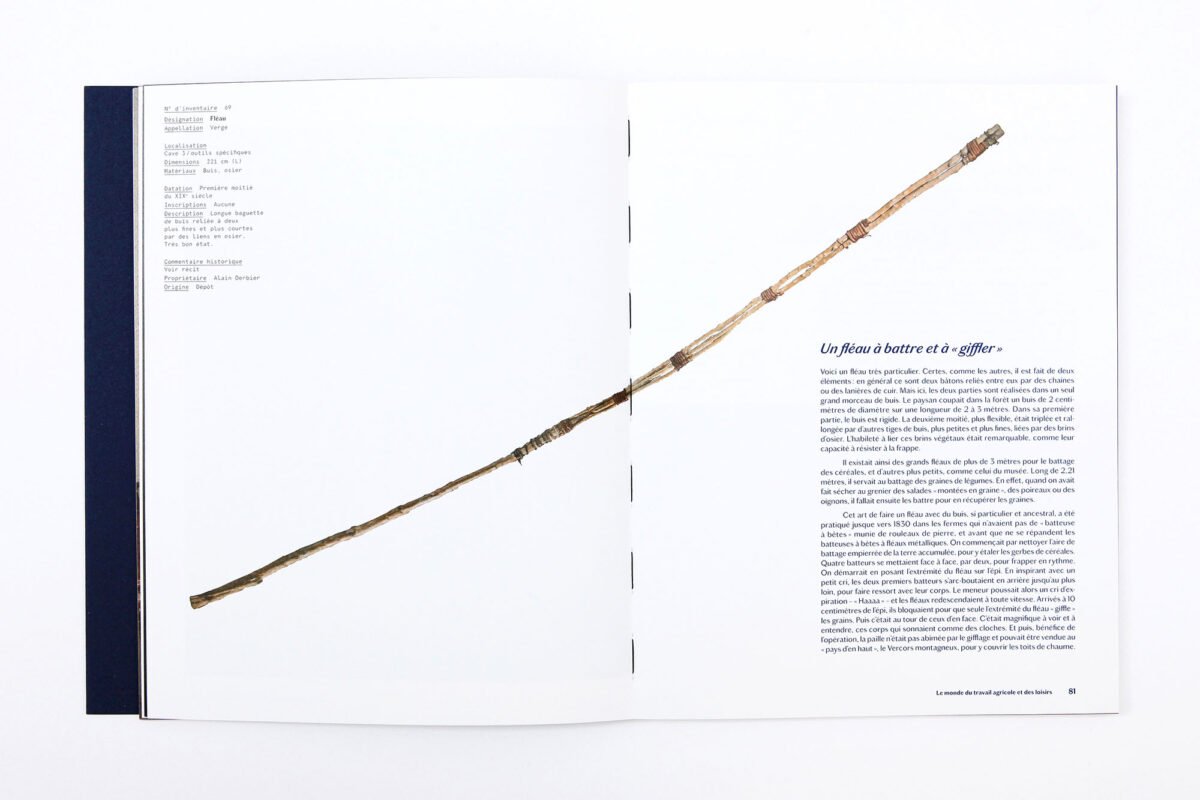 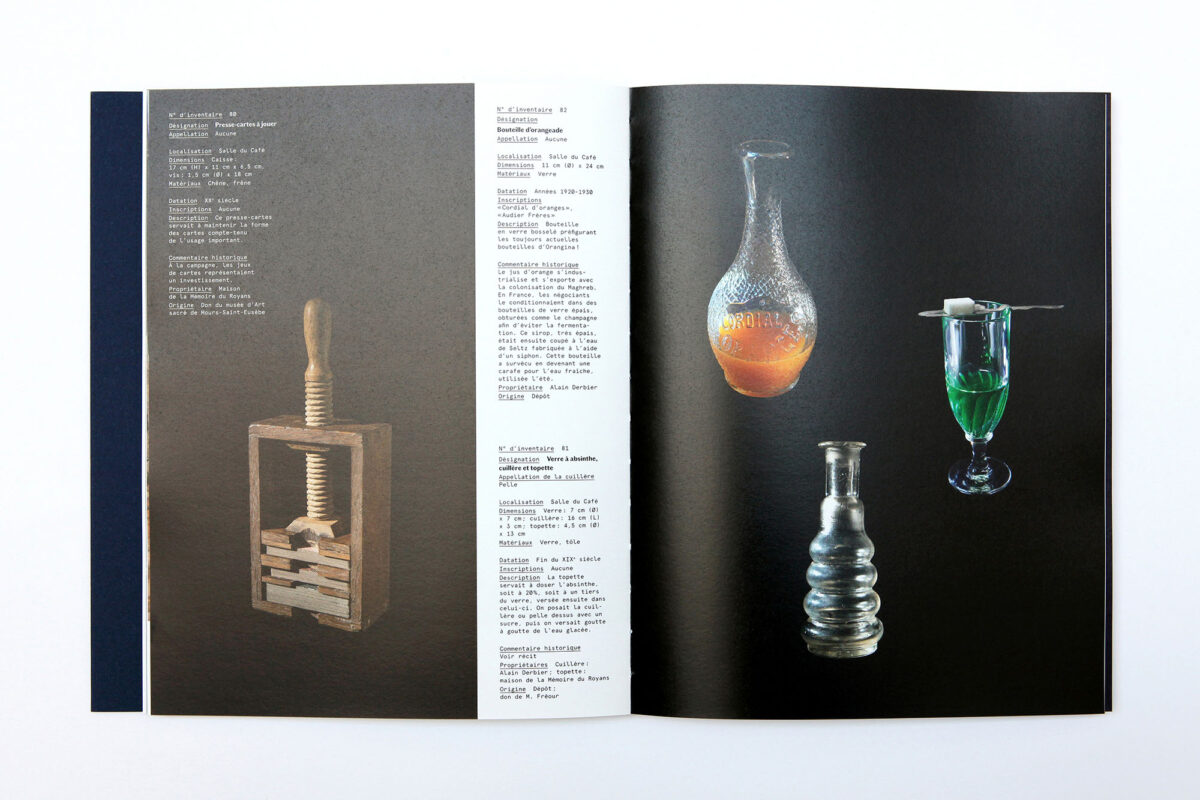 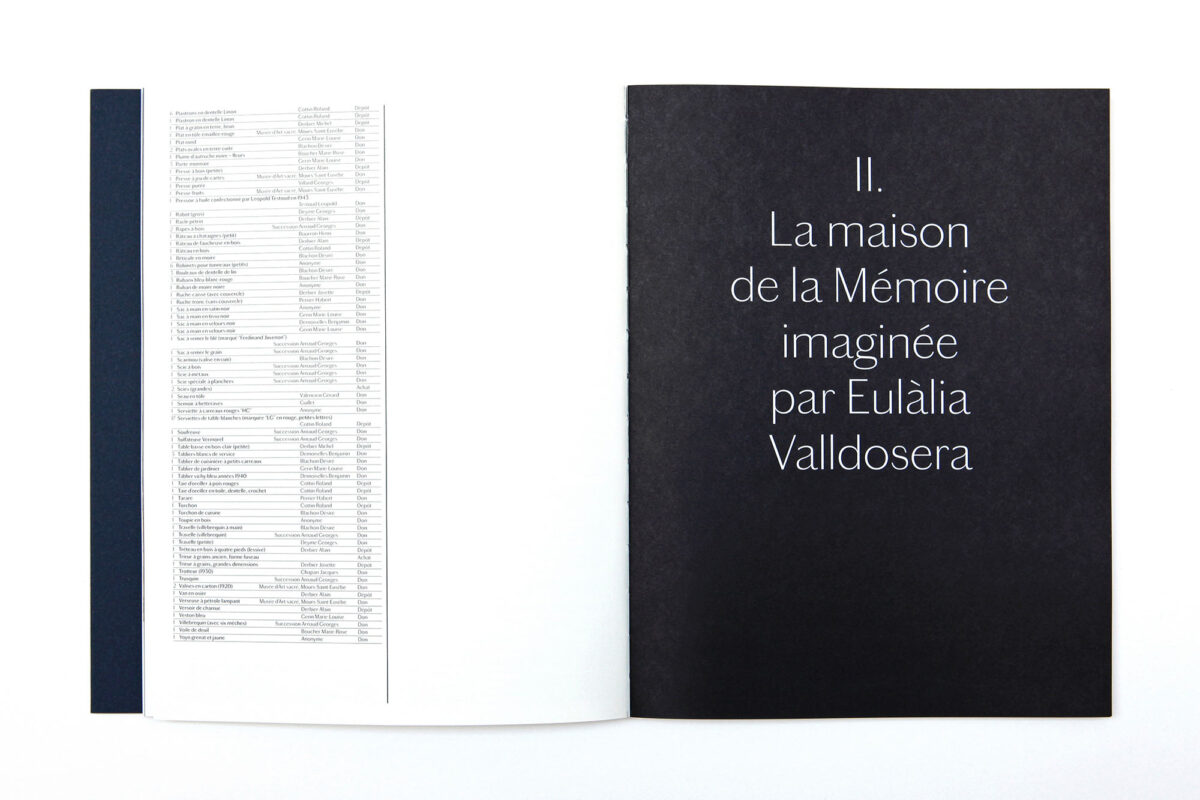 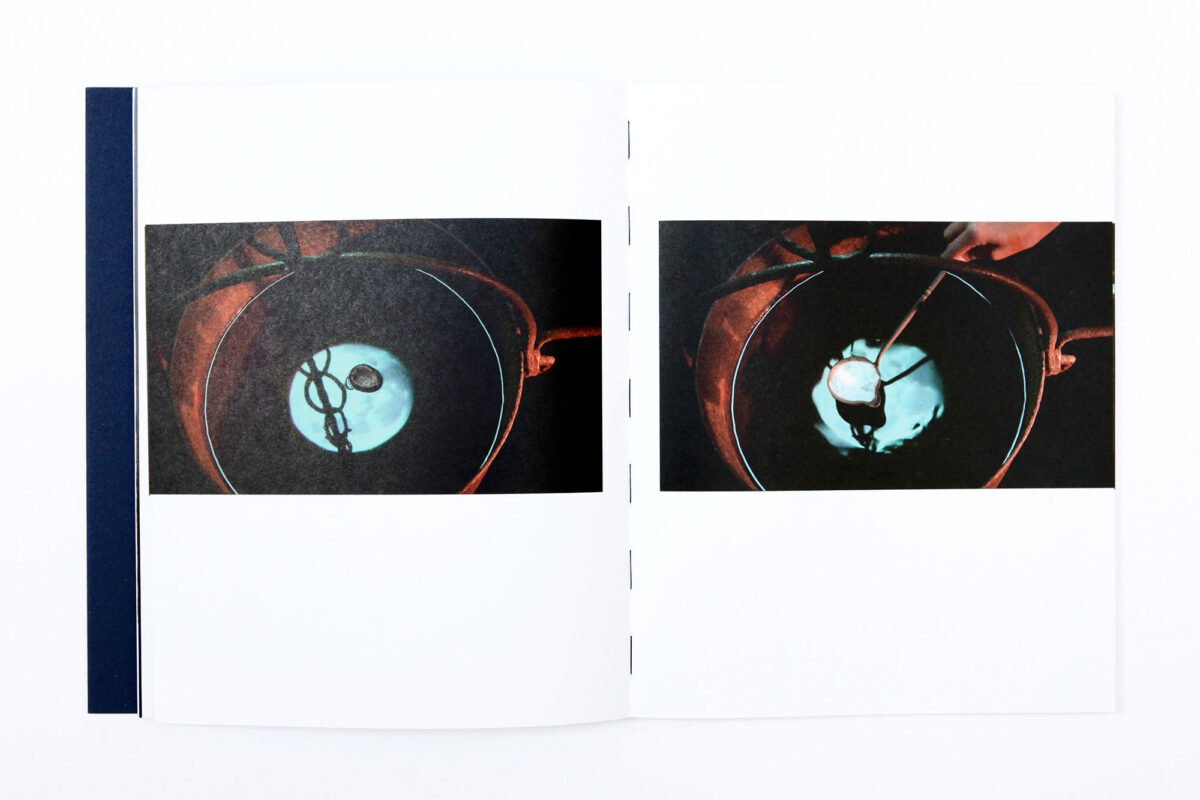 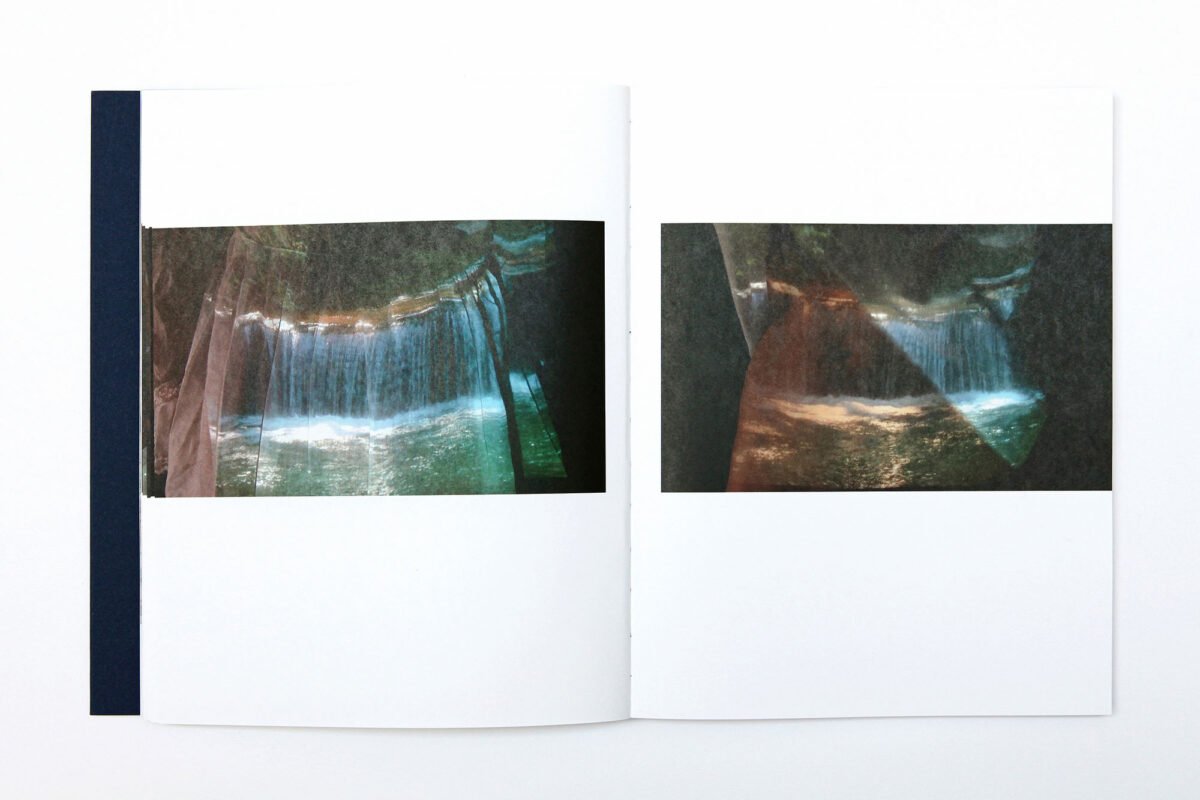 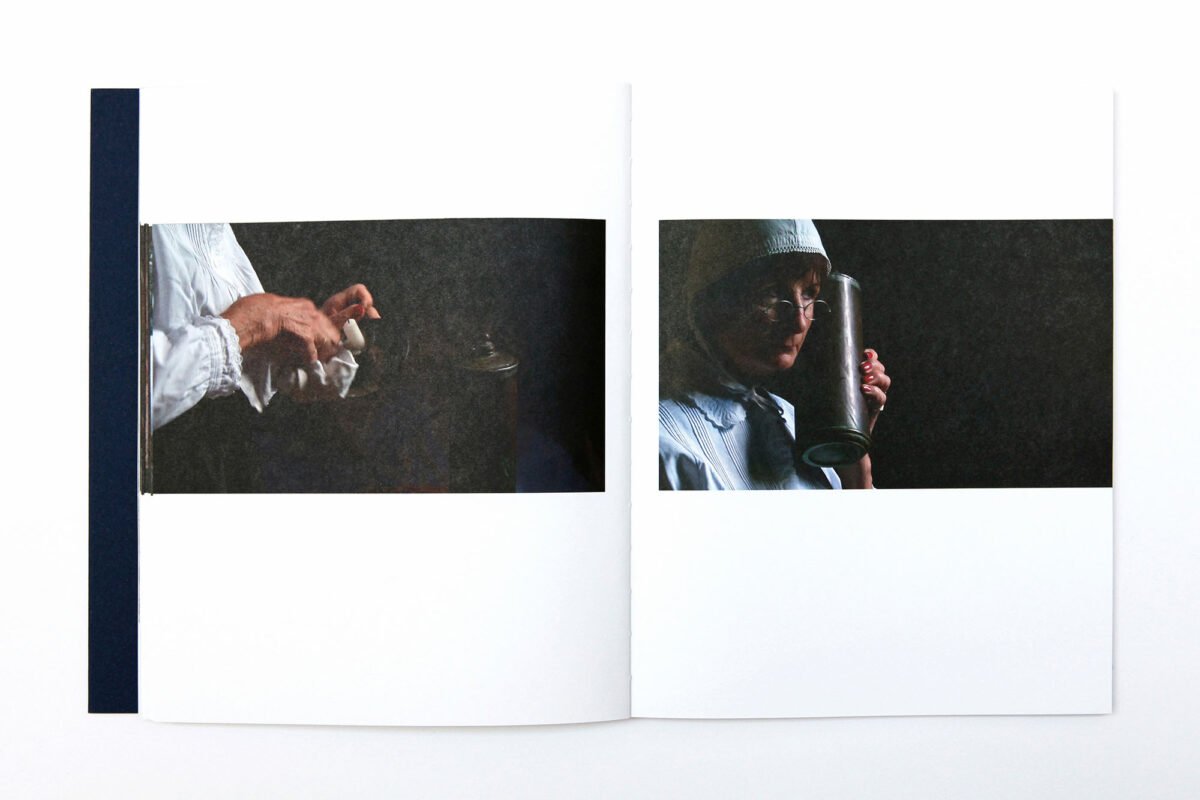 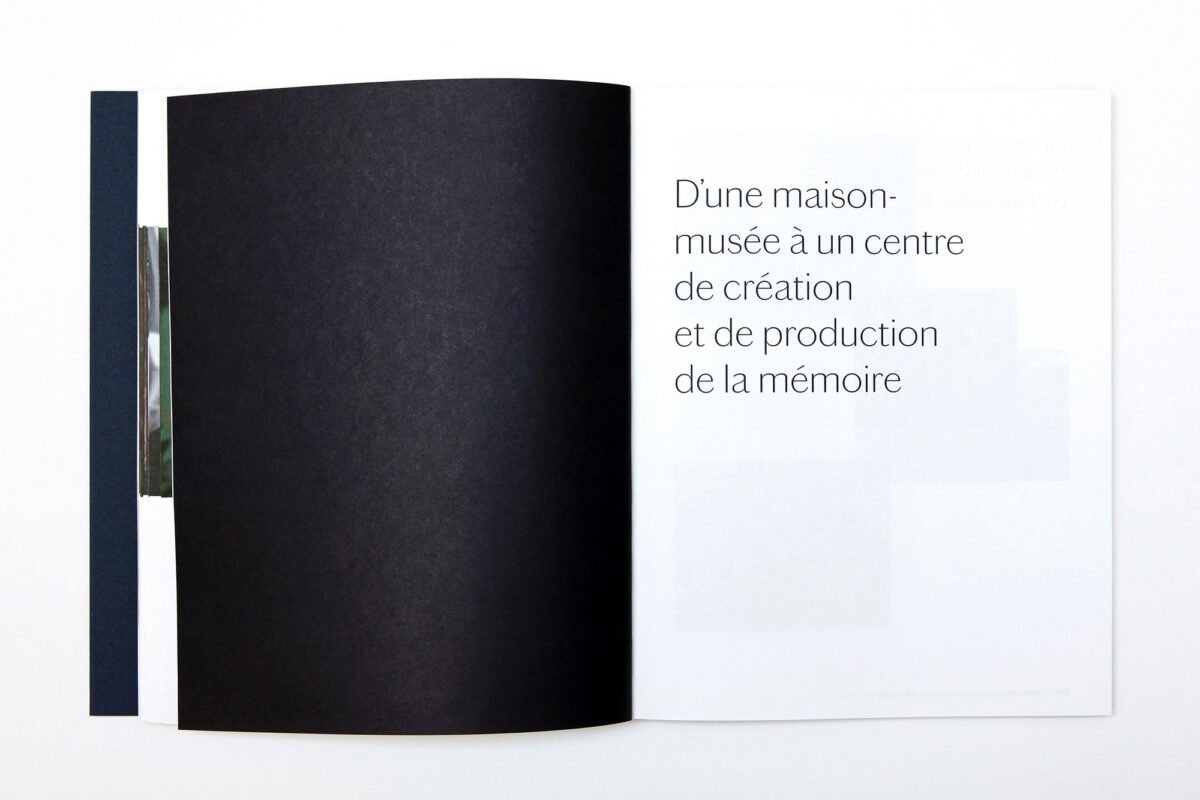 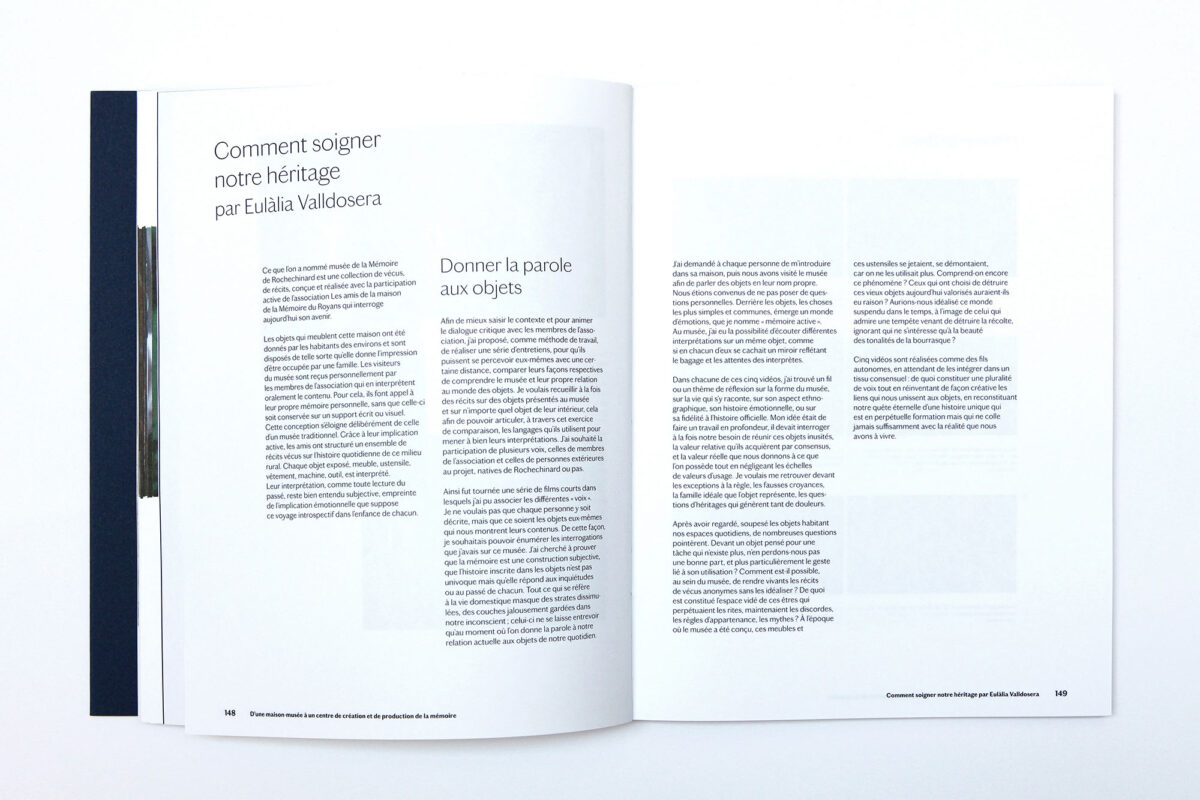 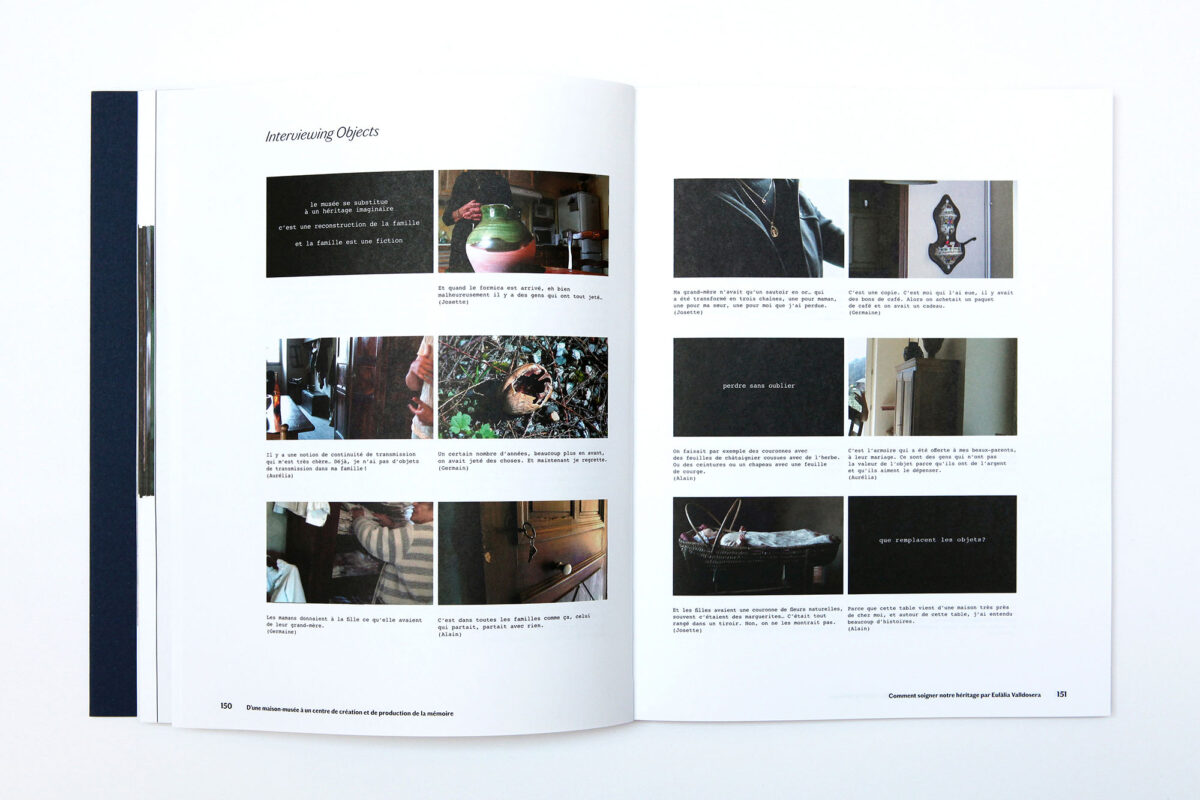 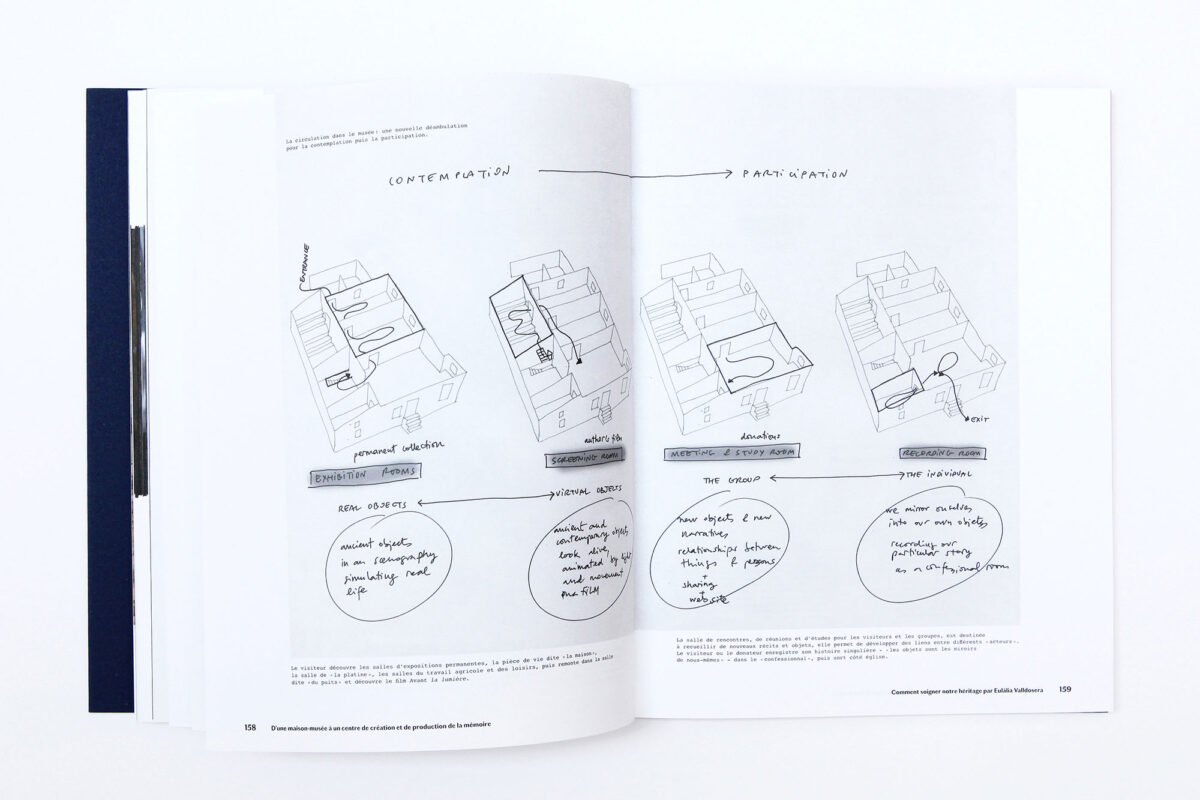 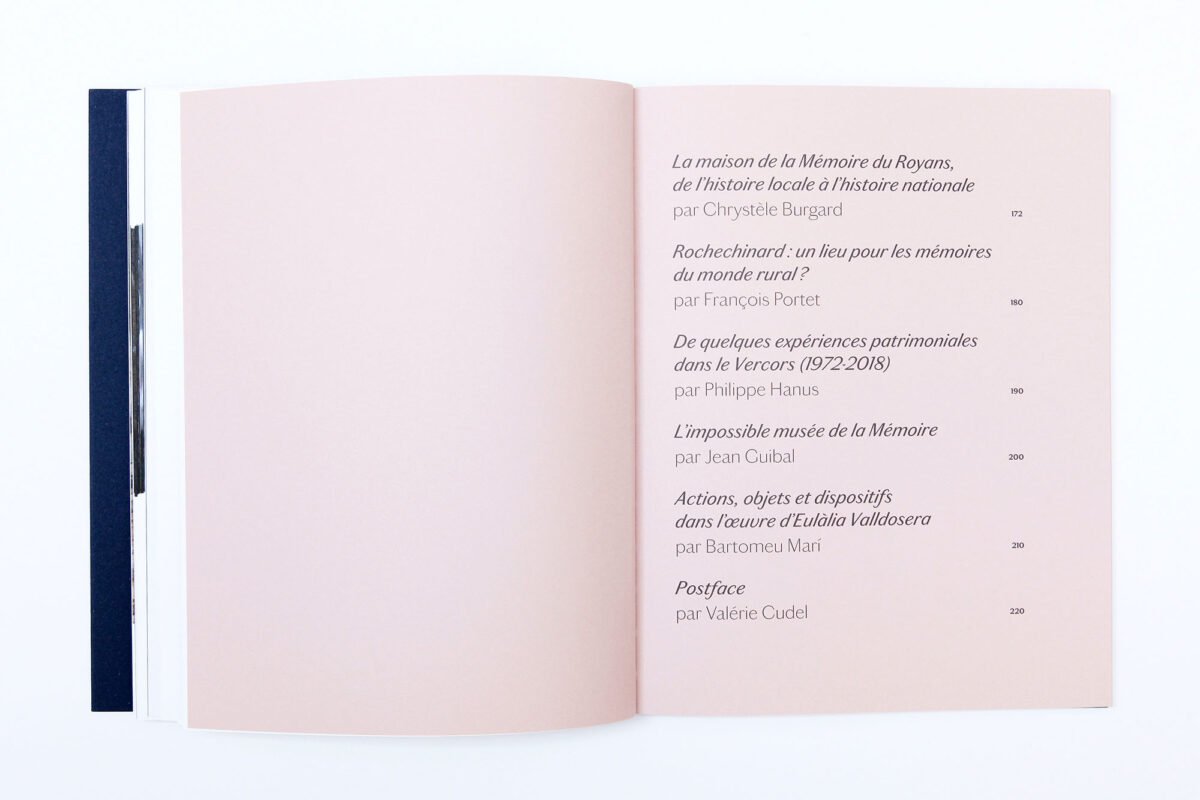 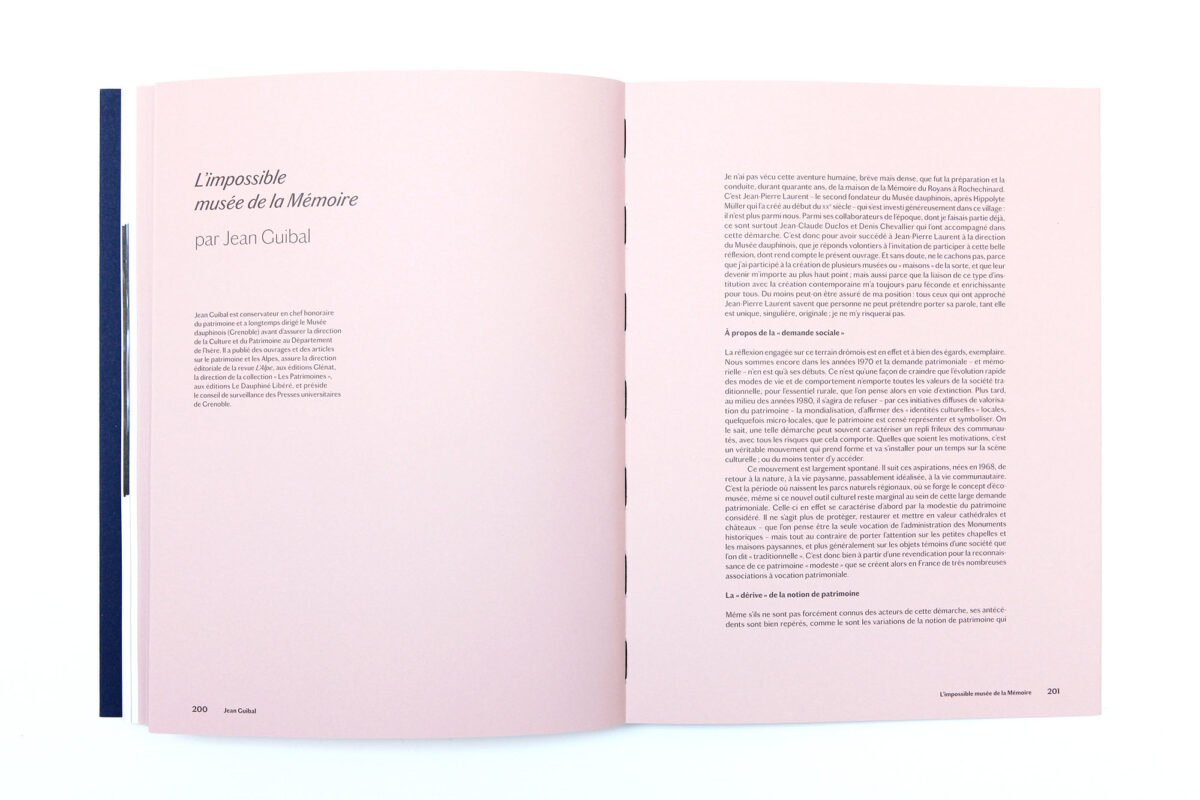 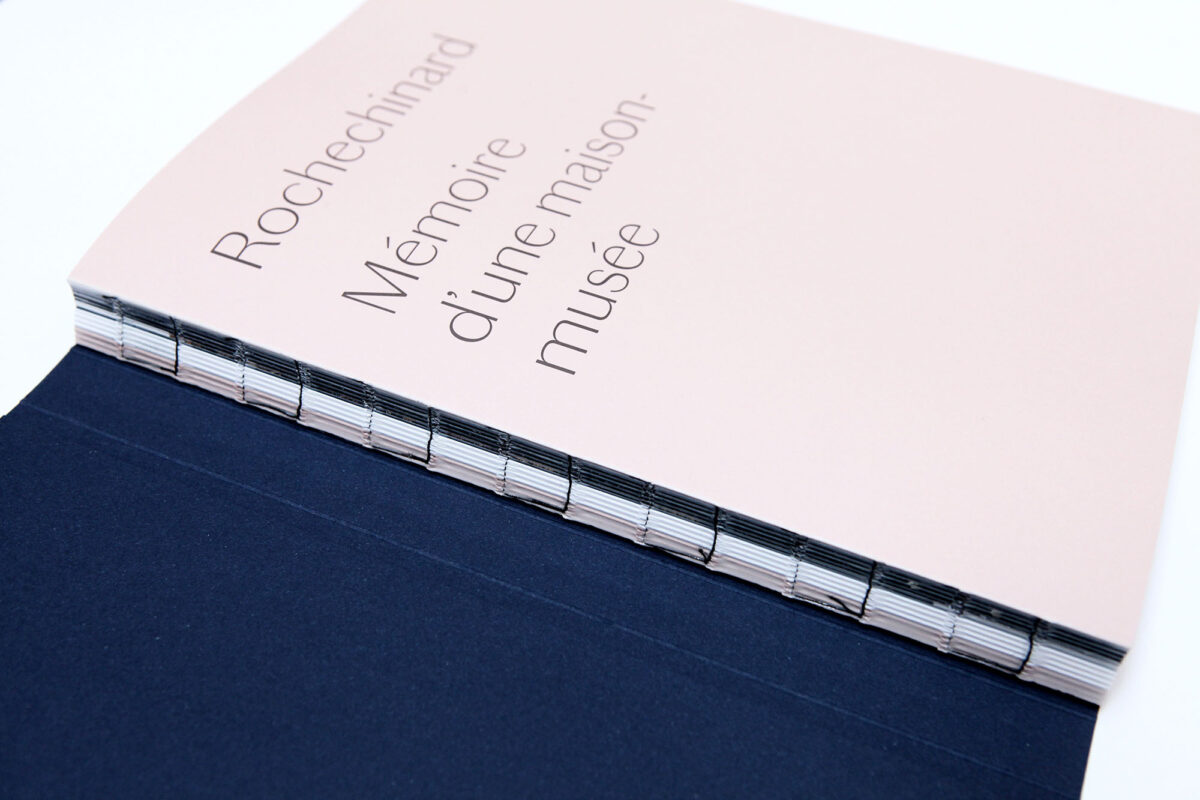 Rochechinard, Memory of a house-museum is the extension and finalization of a commission given to the artist Eulàlia Valldosera by the members of the association Les amis de la maison de la Mémoire du Royans, a community museum that they founded in Rochechinard (Isère) in 1979. These members audaciously summoned an artist to help them consolidate the methods of transmission specific to their museum whose originality rests on an oral dimension. It was also about establishing a double spatial relationship – circulation in the museum, links to the site – a timeline of objects from the past to those of today. The book Rochechinard, Memory of a house-museum, replaces the house-museum renewal project imagined by Eulàlia Valldosera in her 2011-2014 study that could not have been concretely applied.

The book is structured in three parts that engage the reader in three spaces three times. The first stage is that of the guided tour, which teaches us about the objects according to the principles of the “classic” museum catalogue, that is to say a set of notices ordered according to the themes addressed within the collection and in the museum spaces. For certain objects, an oral story, transcribed and recomposed for this occasion, replaces a traditional scientific commentary.

The catalogue with its specific graphic treatment, succeeds the space of imagination and research by the presentation of Avant la lumière, a film produced by the artist in 2015 concomitant with her proposal to convert the house-museum into a “centre of creation and production of memory” into the heart of which she proposed “a new ritual of gift and memory.” “Eulàlia Valldosera’s response,” writes Valérie Cudel, “reinforced the principle of orality and affirmed the notion of house as a matrix of new investigations. She integrated the achievements, took care to respect the stakeholders and did the work.”

The third stage of the book is a scientific approach: the creation of the memory house and questions from its volunteers meet questions from professionals in a network of community museums on a national scale. The texts realize a reflection based on this concrete example, “first in a long list of a cycle of an entire society” (Jean Guibal), initiated remotely and visually with the authors in Rochechinard in 2017. An augmented version of Bartomeu Marí’s essay published on the occasion of Eulàlia Valldosera’s retrospective exhibition Dependencias, Museo Nacional Centro de Arte Reina Sofia, Madrid (2009), here translated into French, describes the artist’s response and the questions it raises in the context of her work.

Eulàlia Valldosera (born 1963 in Vilafranca del Penedès, Spain) creates work that in her own words “demystifies the status of the artist as a unique creator.” She sees herself “as a producer of meanings rather than a producer of ‘works’.” Since the mid-1990s, Eulàlia Valldosera has exhibited in numerous international institutions and exhibitions including the Istanbul Biennial and Skoquerur Projekte Münster (1997); the Montreal Museum of Contemporary Art (1999); the Venice Biennale (2001), the São Paulo Biennial (2004); the Lyon Biennial (2011); the Museo Nacional Centro de Arte Reina Sofia, Madrid (2009); Fundació Joan Miró, Barcelona (2013) and Museo Thyssen-Bornemisza, Madrid (2019).