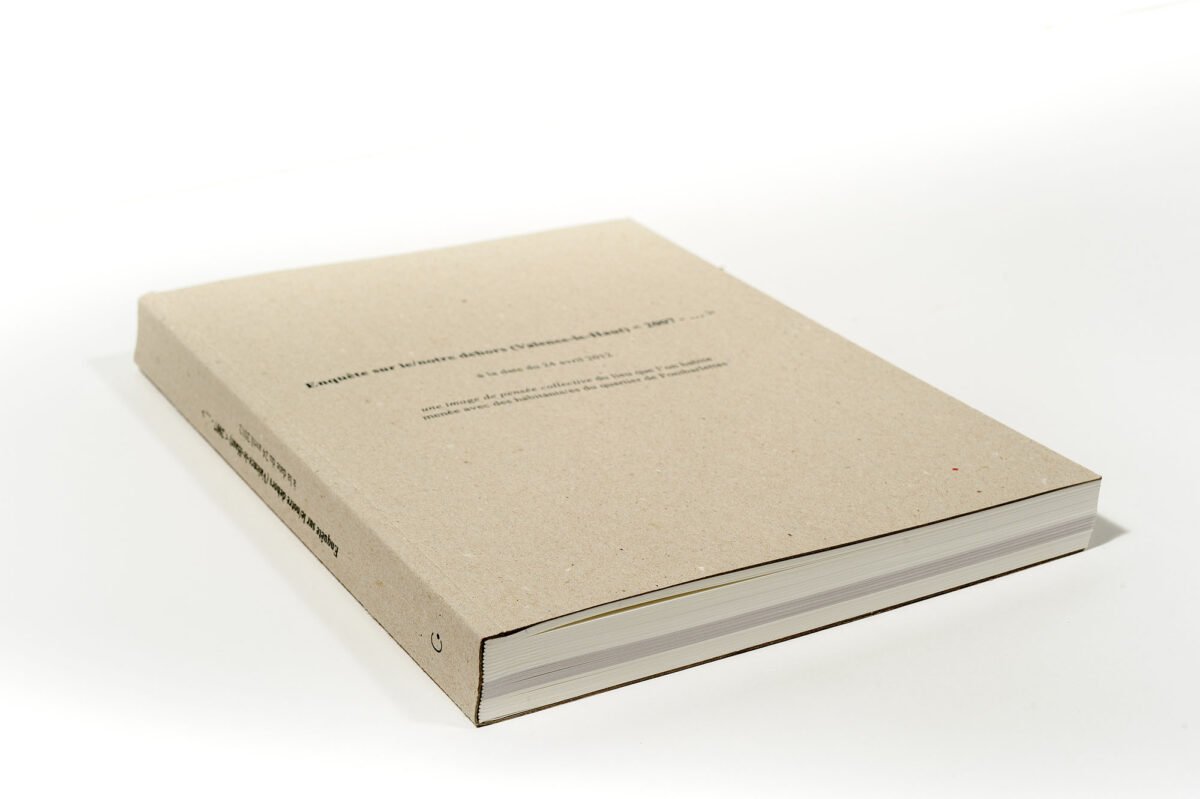 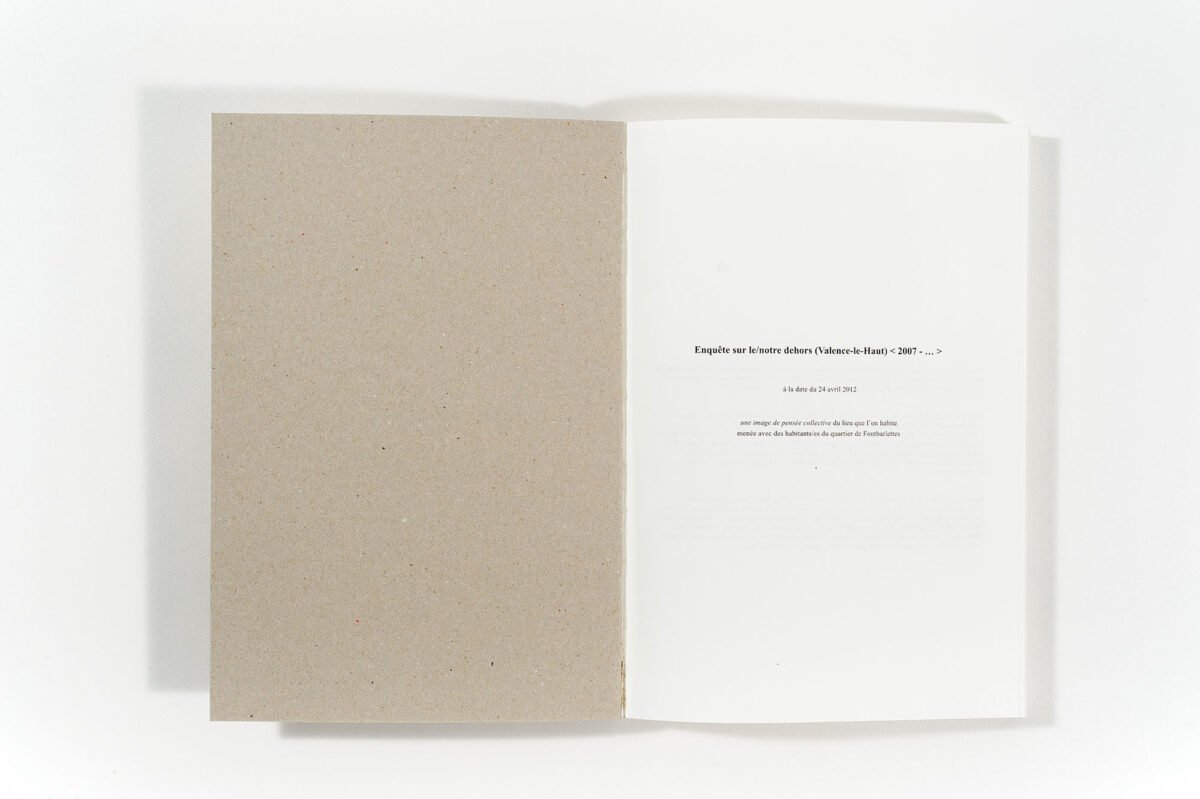 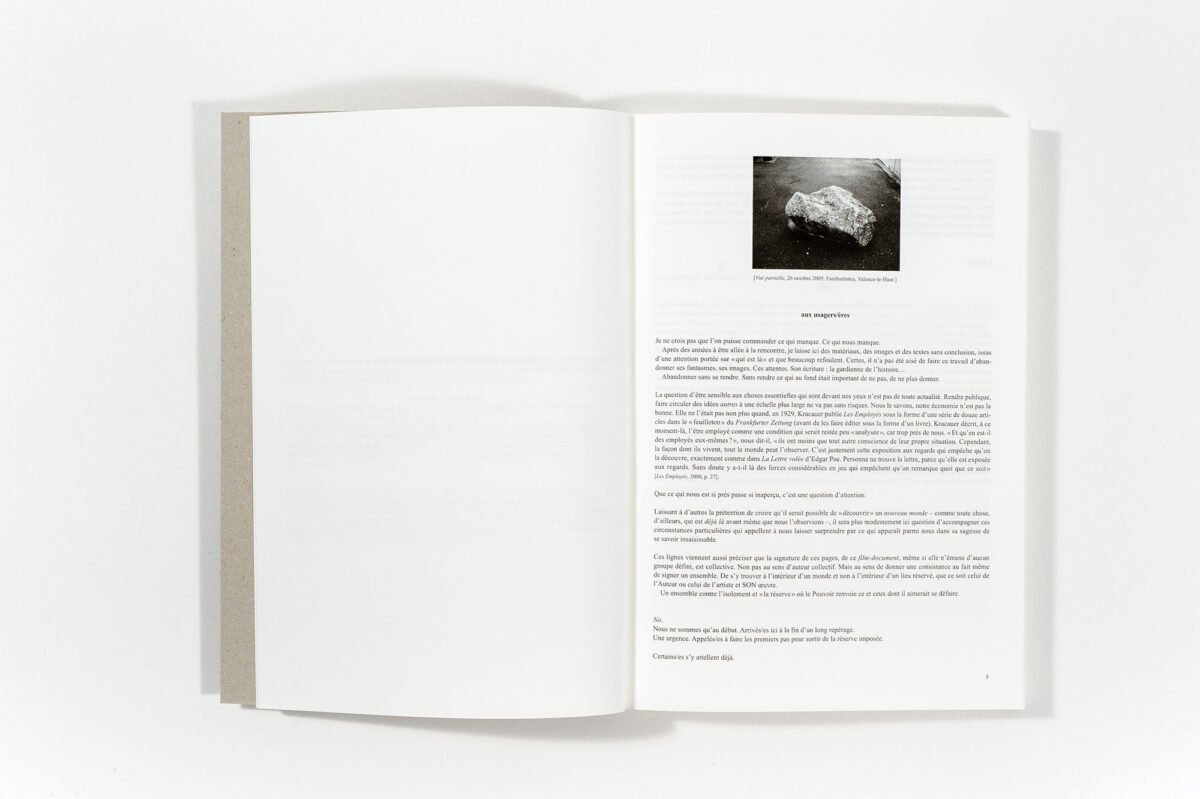 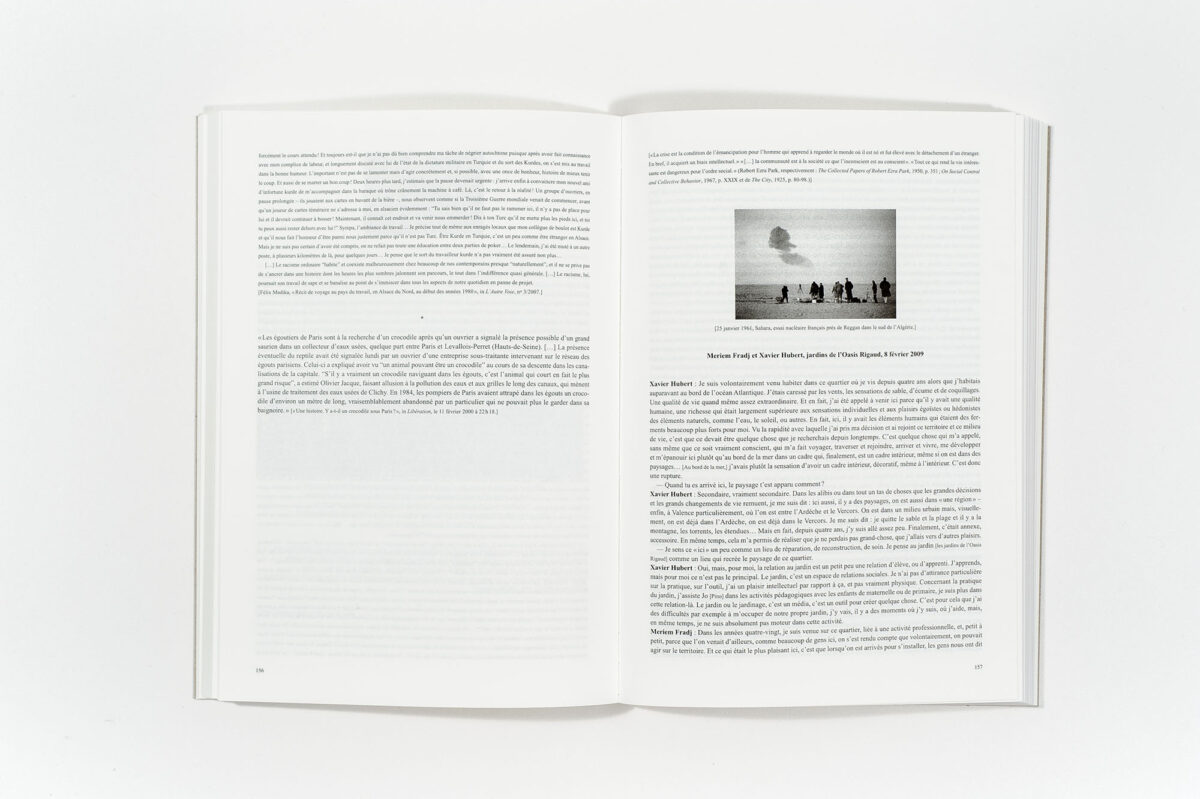 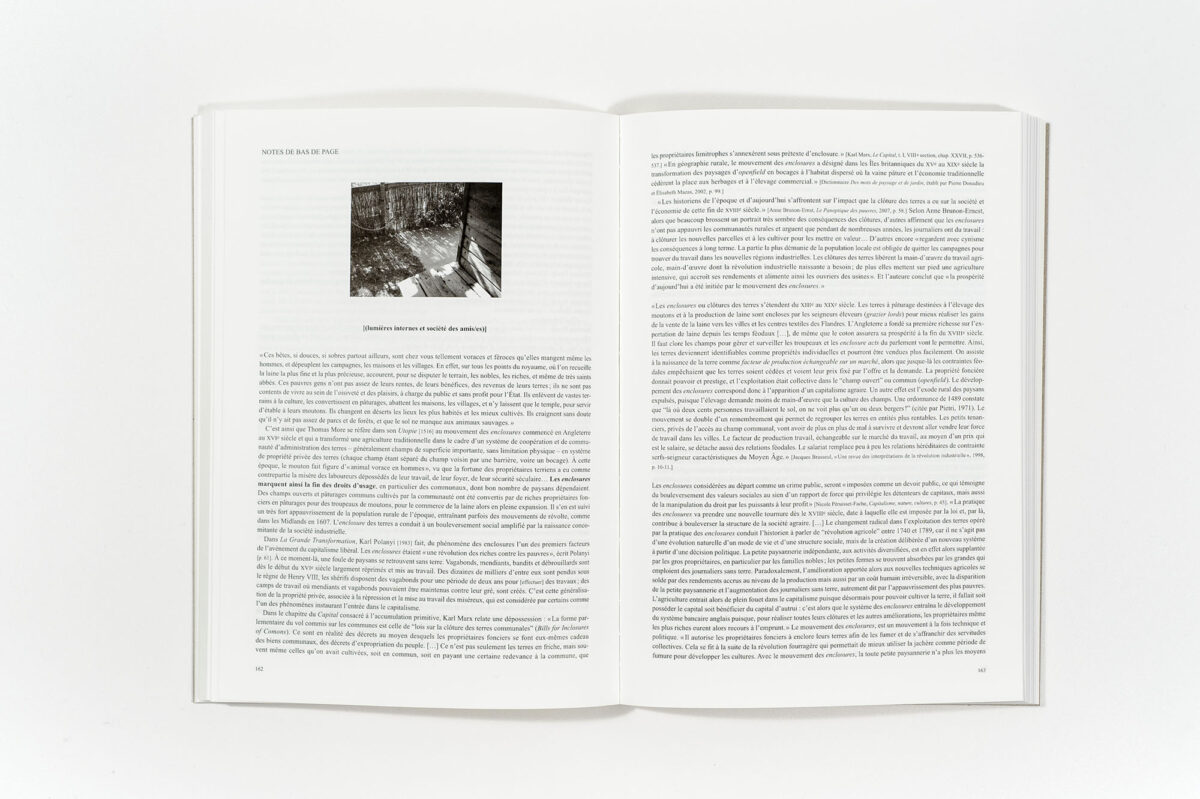 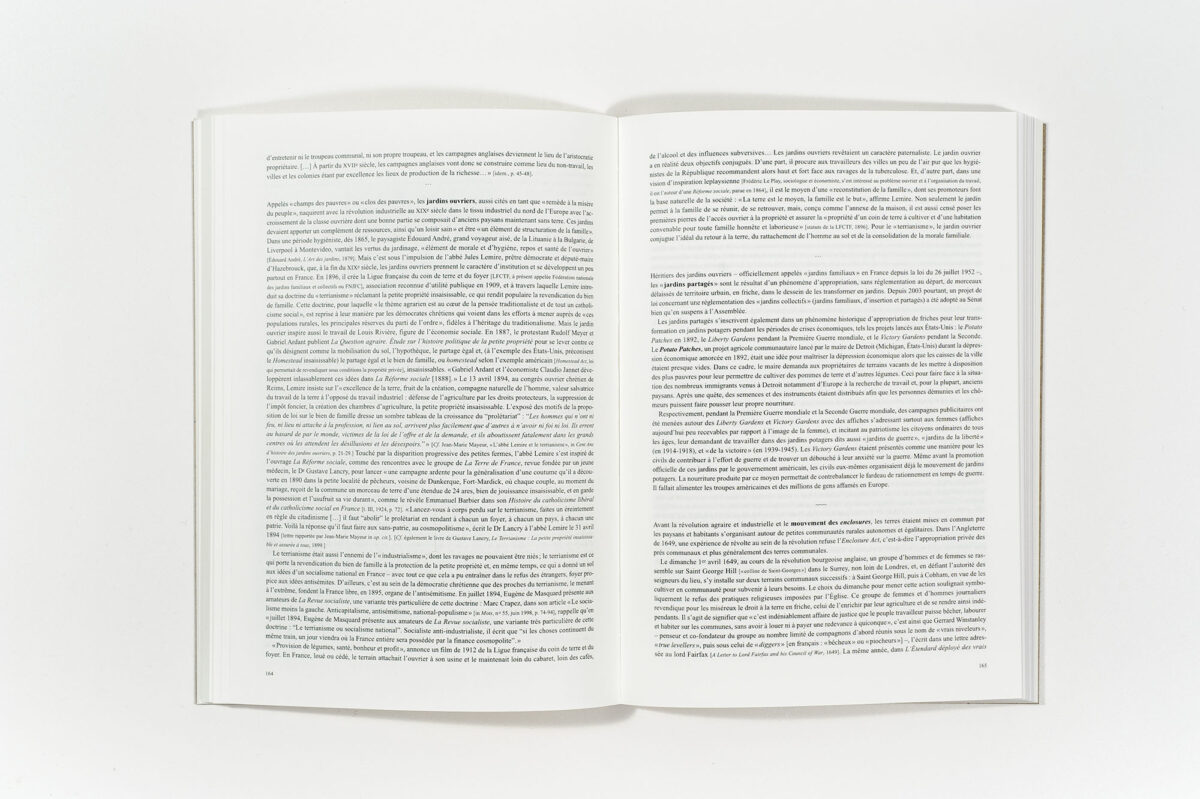 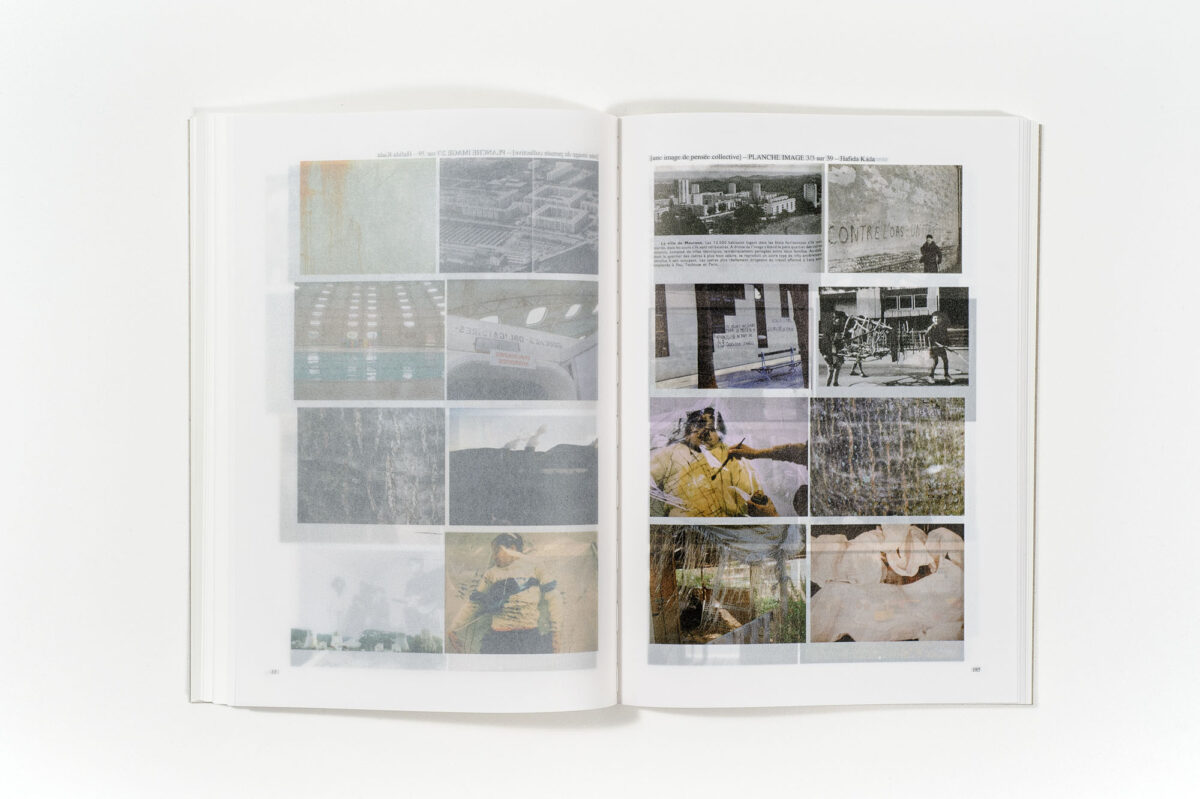 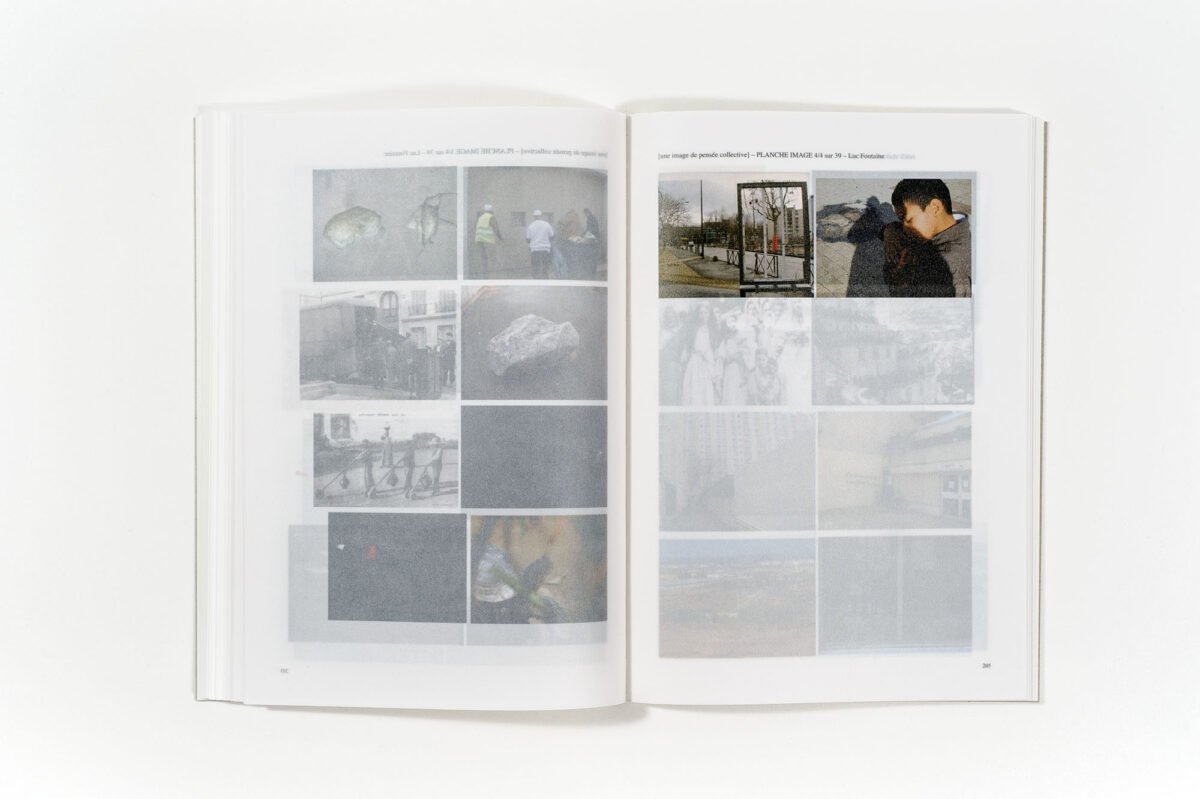 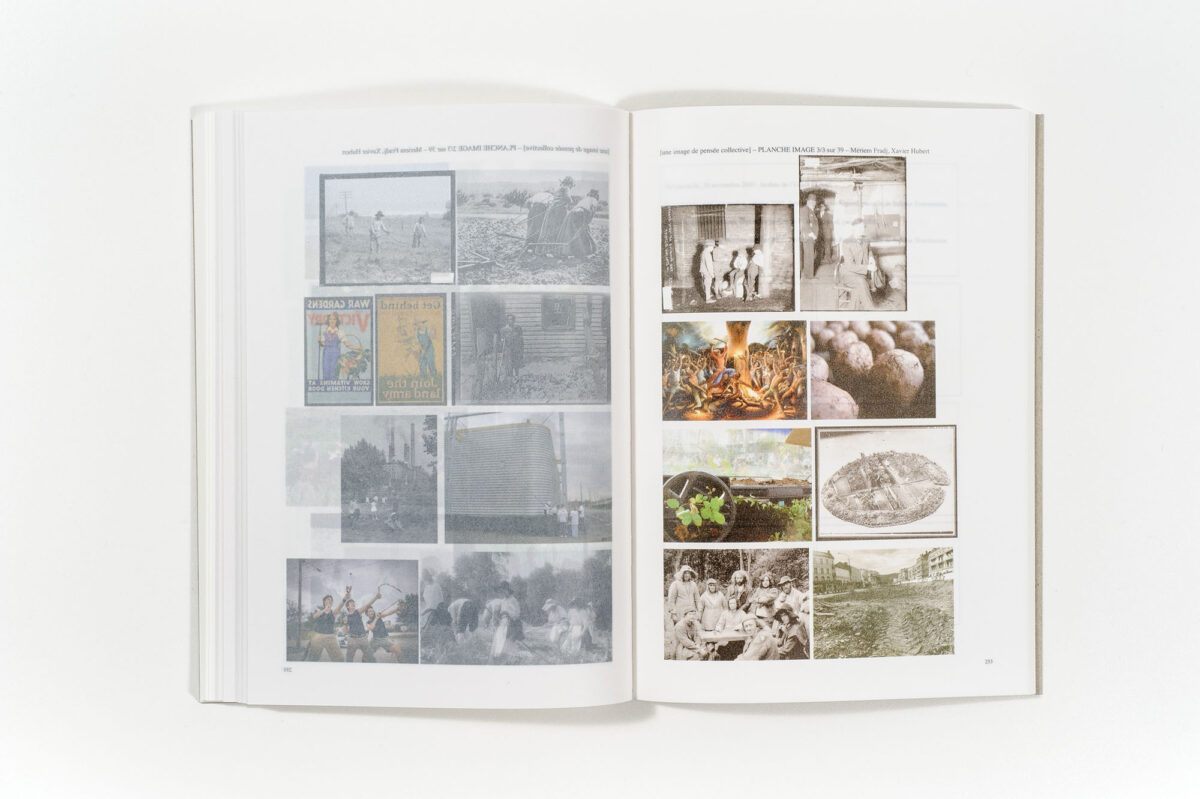 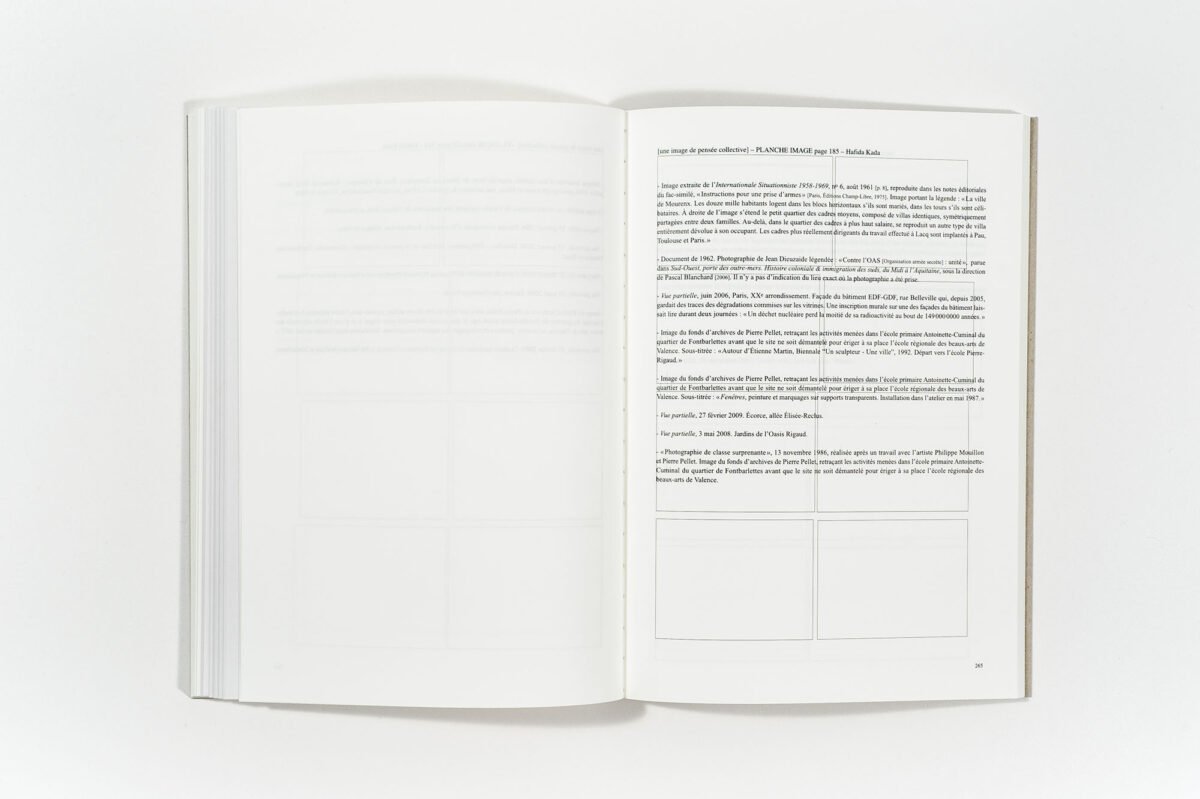 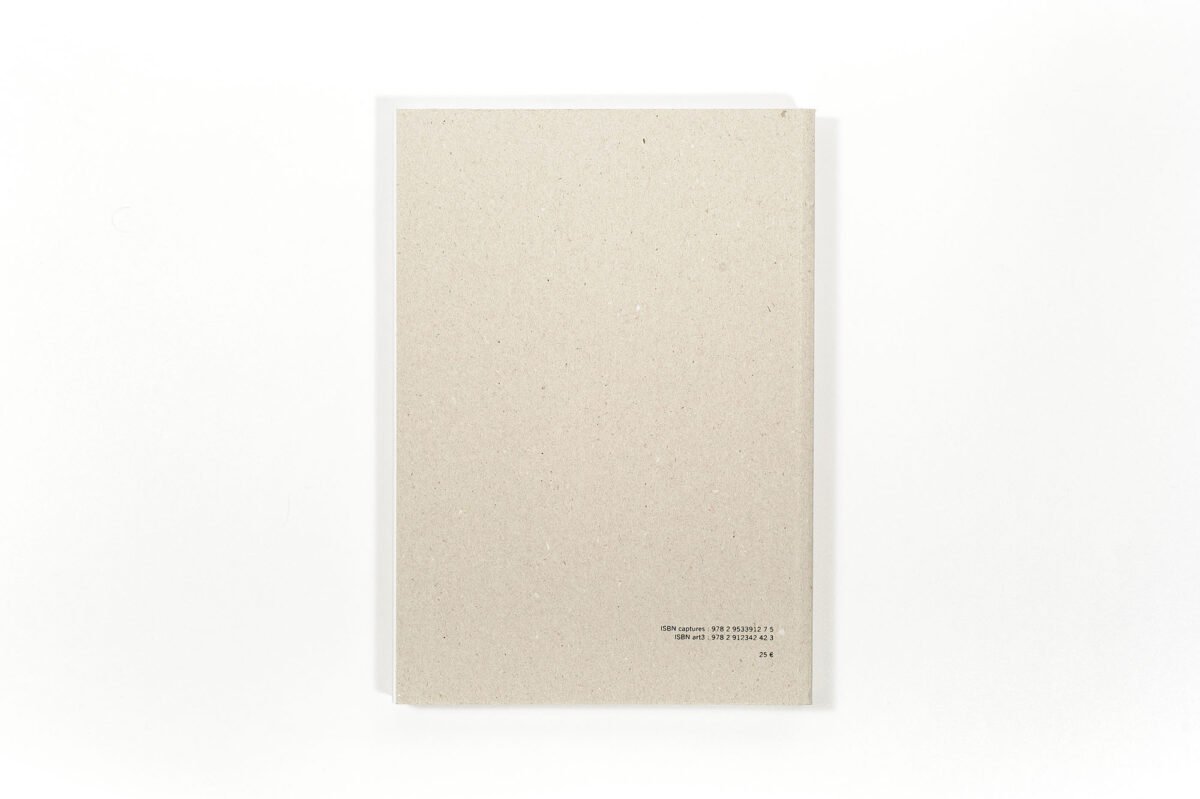 Enquête sur le/notre dehors (Valence-le-Haut) < 2007 – … > à la date du 24 avril 2012 tdocuments a singular experience led by Alejandra Riera with and on the initiative of the inhabitants of the Fontbarlettes district located on the periphery of Valence, a city in the Drôme department of southeastern France.

Noticing a strong stigmatization and a very downgraded image of their district, the customers and inhabitants designed a commission intended «to reveal the ways in which the inhabitants appropriate this constantly transforming space». The publication is one of the responses to this commission that became an experience of collective research leading to unforeseen forms and engagements.

This was translated initially through normal exchanges (and not through images), exchanges that established the base material of a film-document and of the publication itself. The ensemble of images and texts was realised according to a polyphonic definition of the author’s notion and proposes an «image of collective thought», which does not close a supposedly ‘sensitive’ area in on itself. On the contrary, it introduces links with an outside far vaster than that of a unique territory, so formulating ‘the between’ and the unsaid, while deconstructing the place and the role of the image for beings in zones of exclusion.

Structurally, the publication presents a braiding of the survey materials, consisting of twelve reworked exchanges with the inhabitants followed by «footnotes» written by Alejandra Riera – often an outside of the exchanges themselves; then thirty-nine composite image plates with captions, which add another layer of reflection. The image plates are printed on voile de papier to cloud their legibility thus encouraging each of us to make his own interpretation. A passage towards abstraction between opacity and consistency, ‘This image of collective thought on the place in which we live is also all these other images within. An image that shows itself close by, behind or in front of others; it does not settle, it sees itself crossed by others, it asks to be abandoned or recomposed, thought into the heart of all the book’s materials and of those that we will miss’. (A.R)