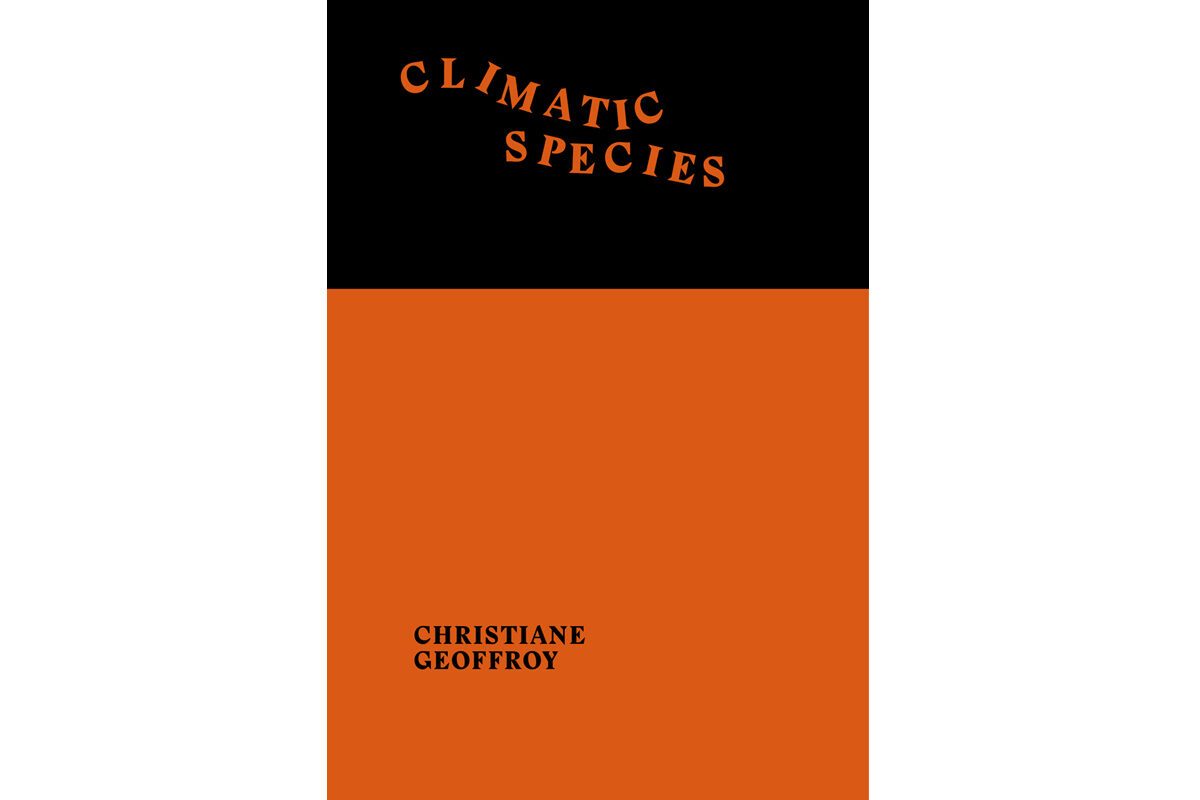 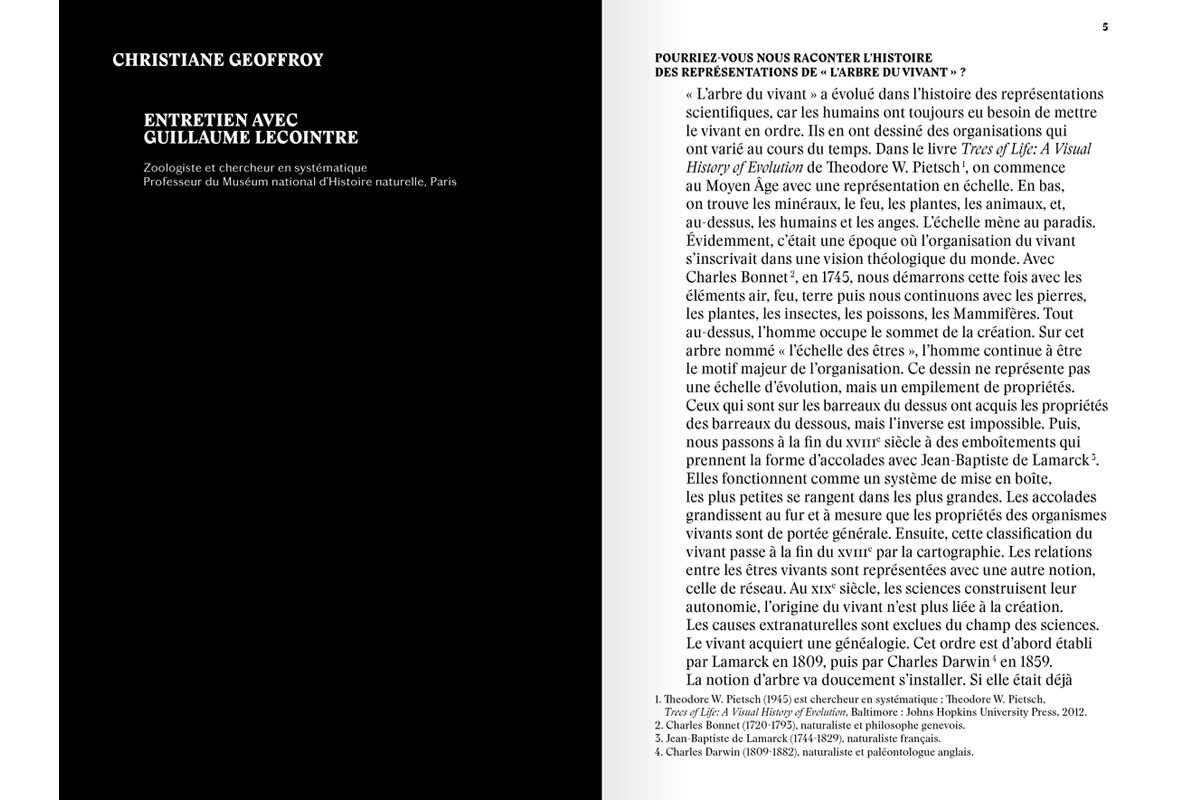 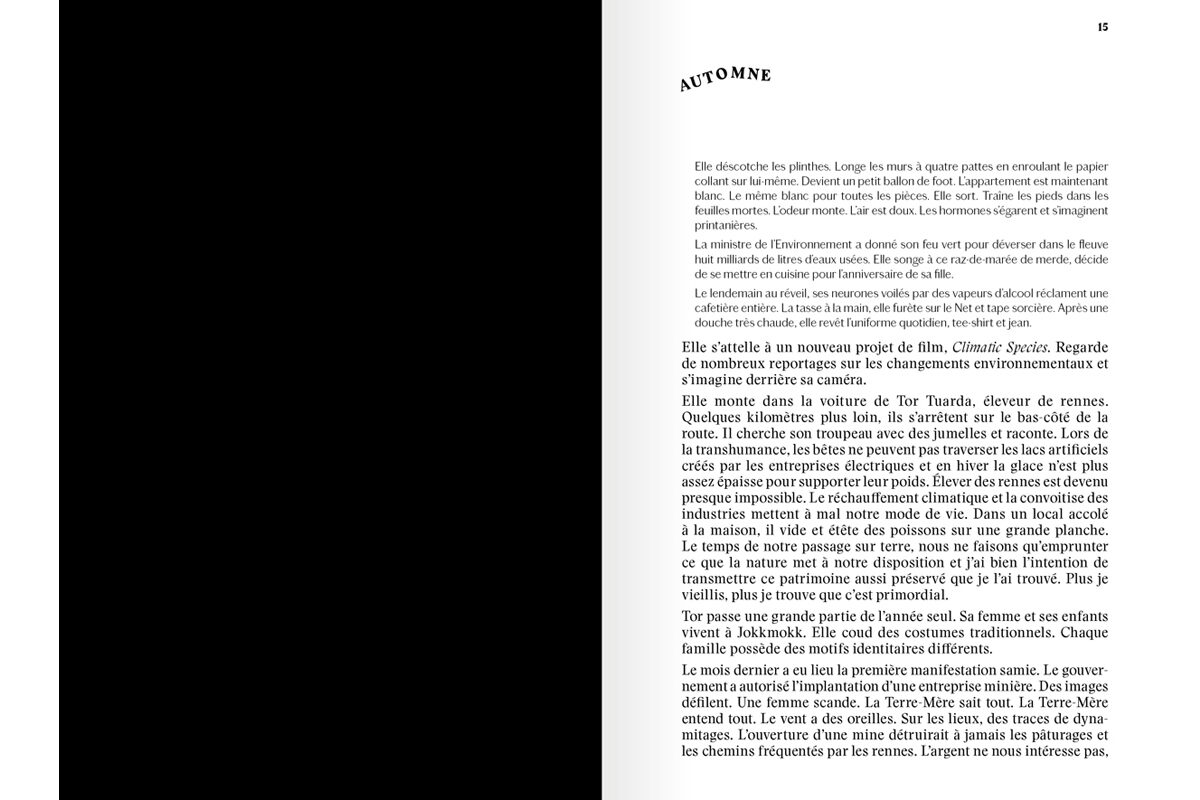 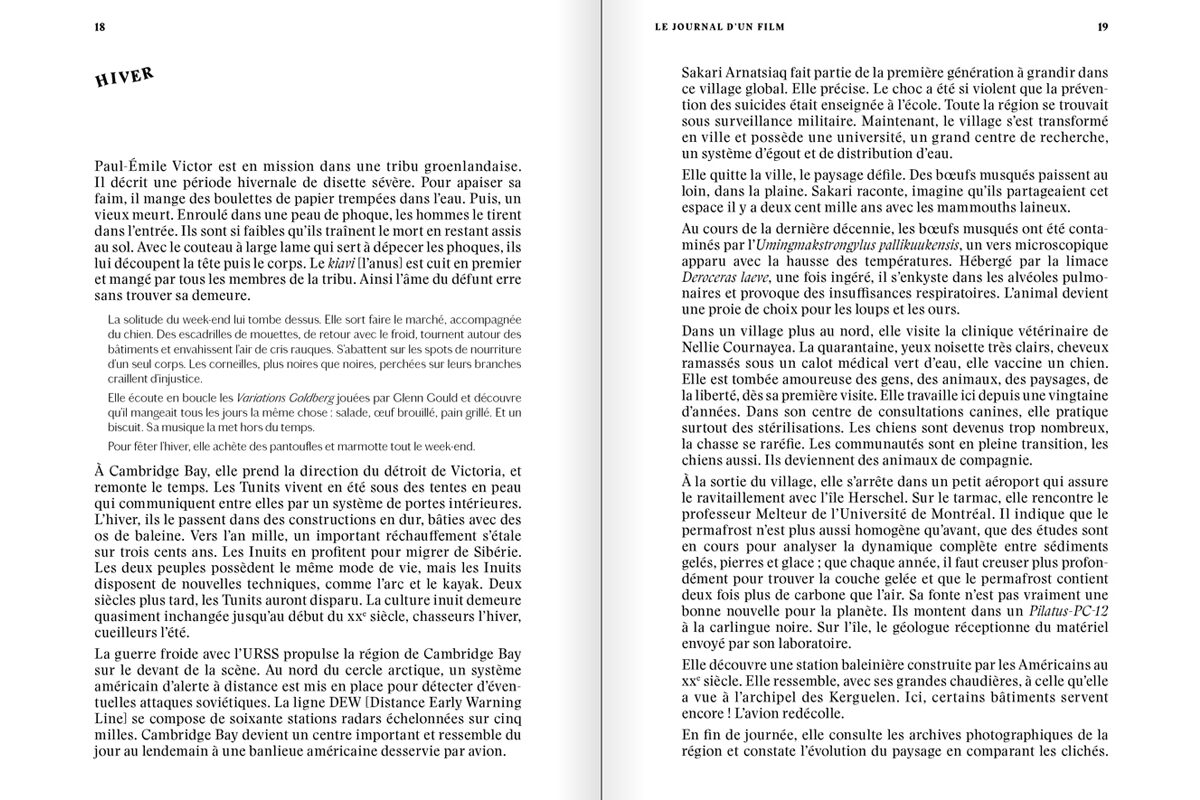 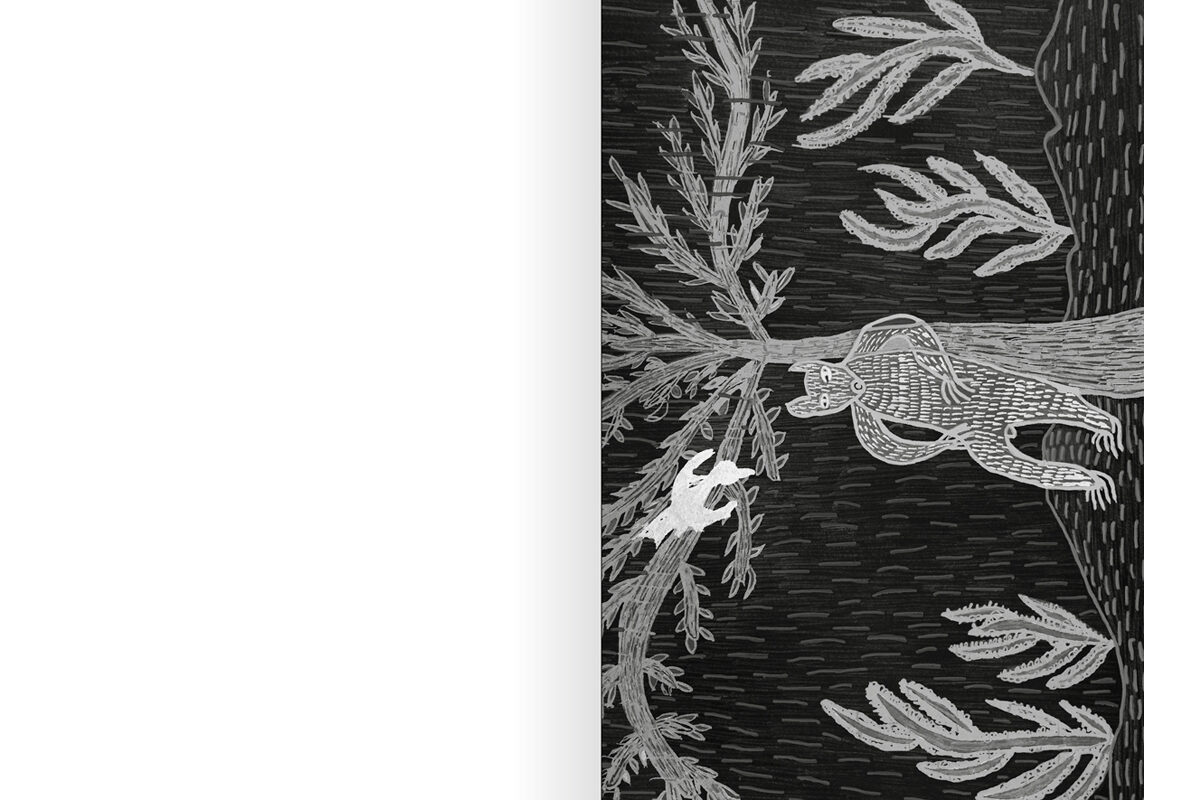 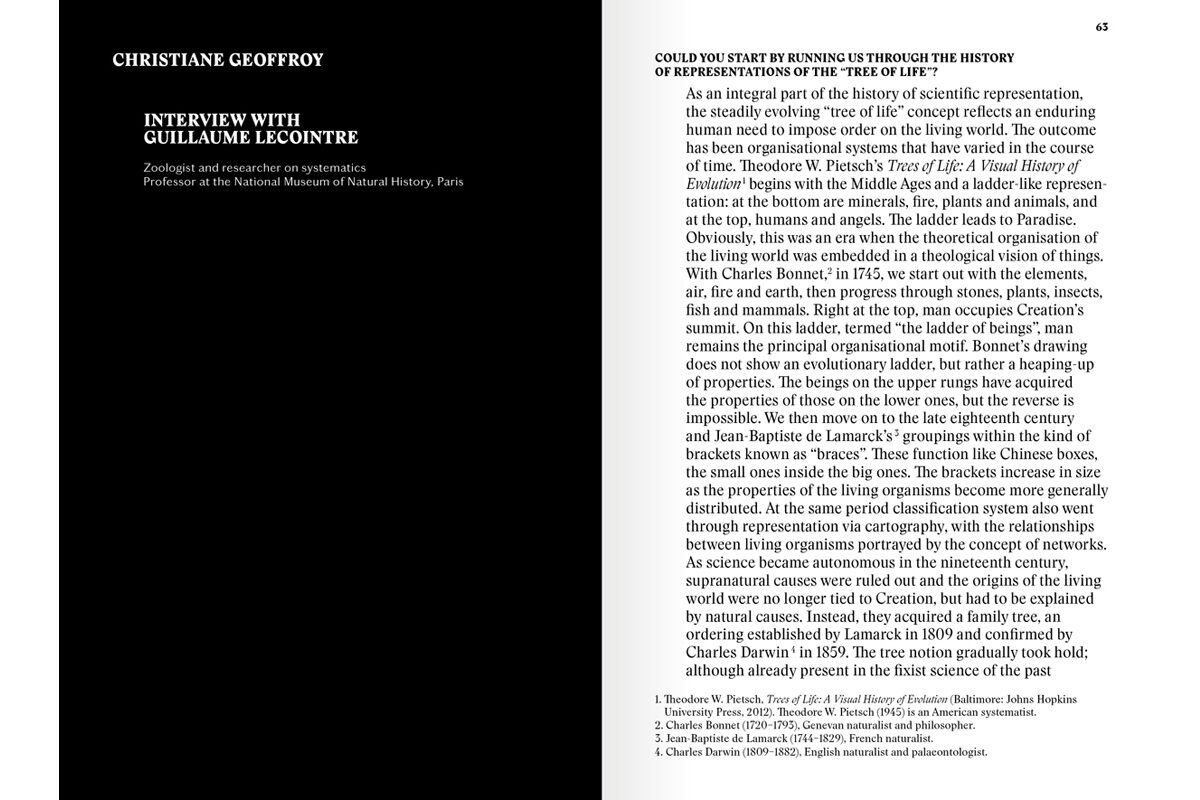 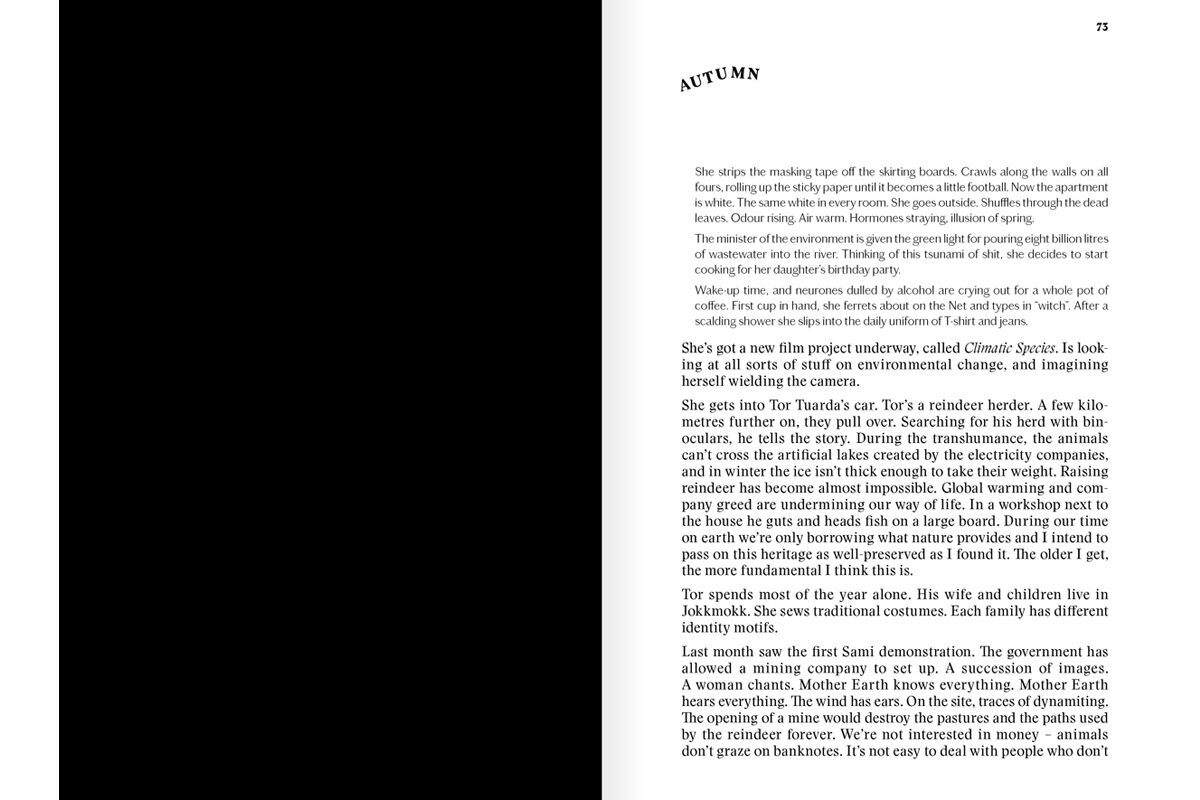 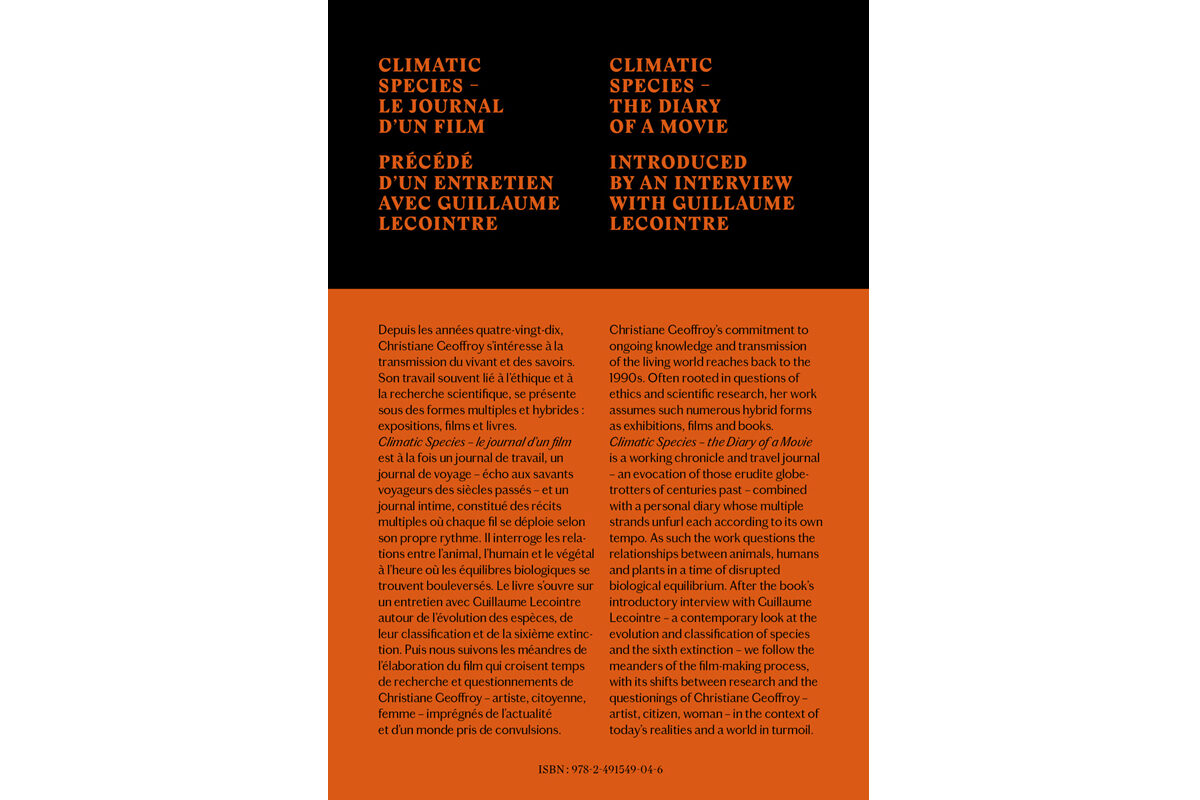 Artist Christiane Geoffroy’s work addresses the many ways in which scientific knowledge and plastic sensibility come together, reverberate and nourish each other.

We now know the extent of the multiple and devastating effects of climate change, effects that are often unexpected. In her latest film Climatic Species (2018), Christiane Geoffroy questions specifically the place of the living — animal, human and plant — at a time when historically stable biological balances are upset by human activity and disturbances of anthropogenic origin are leading to a sixth extinction. Geoffroy explores these disruptions by multiplying points of view and calling on both scientific knowledge and the observation of a hybrid polar bear’s games or the majestic presence of a Lebanese Cedar tree planted in Paris. In this dialogue between different conceptual fields, distant places and spaces are clearly connected, just as the interdependence of time is remarked upon. As much as our present time plays a determining role in our future, it appears equally determined by a somewhat distant past.

The book bearing the same title and scheduled for publication at the beginning of 2022, is both a work and travel diary — a reflection of learned travellers of centuries past — and a private diary made up of multiple stories where each thread unfurls at its own rhythm.

It opens with an interview — also a subject of the film — with Guillaume Lecointre, zoologist and researcher in systematics, a discipline that seeks to classify, describe, inventory and name living organisms (past or present).

We follow twists in the film’s development, intersected with questions by Geoffroy — an artist, a citizen and a woman — imbued with current events and the jolts of a restless world seized by convulsions. Planetary events resonate with the banalities of her daily life. The book unfolds as if weaving together different modes of writing, underlining the abolition of limits between the world and the self and reminding us that the self is an element that is part of a vast encompassing system.

This hybrid work where sensitive perception, subjectivity and scientific knowledge are combined — mirroring what it invites us to explore — operates a displacement and a diffraction of human and non-human points of view that plays with separation, thus upsetting our perceptions. Climatic Species is a kind of vade-mecum of the times to come; its pocket format encourages us to carry it everywhere at all times. It is an invitation to keep the unexpected and luminous dialogue between disciplines and knowledge open, between discursive space and poetic force evidenced in Geoffroy’s writing and in her simple, humorous line drawings that punctuate the book.